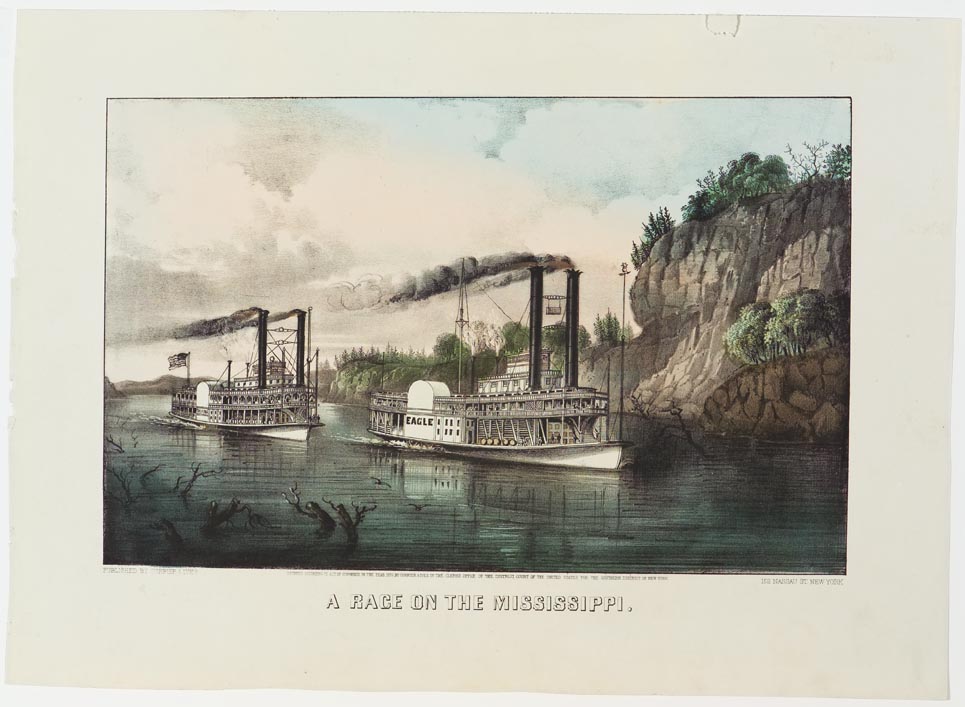 Steamships DIANA (left rear) and EAGLE (right front) on river sailing to right in image alongside one another.

Speed contests between rival steamships were common between 1850 and 1875 and large sums of money were often wagered on the outcome of the race. Captains often overlooked safety as they pushed their boats to win the contest. Unfortunately, boiler explosions were common and fire destroyed many of the ships. However, this did not stop the public from trying to secure passage on the racing boats as the danger only served to add to the excitement of the race. In the print, Currier & Ives have documented the race between the Eagle and the Diana, which is ahead and will be the ultimate victor. 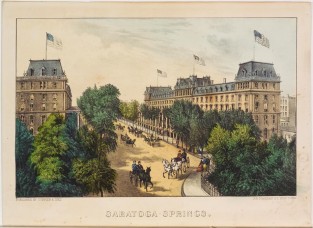 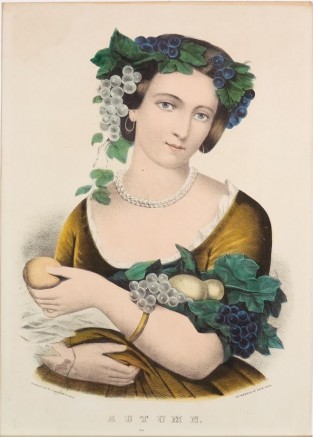 Woman facing viewer, in olive colored dress, with garlands of grapes in hair and held in arms as well as… 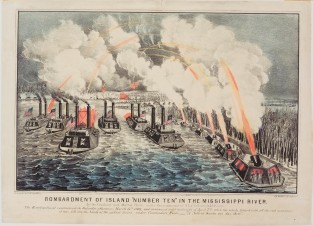