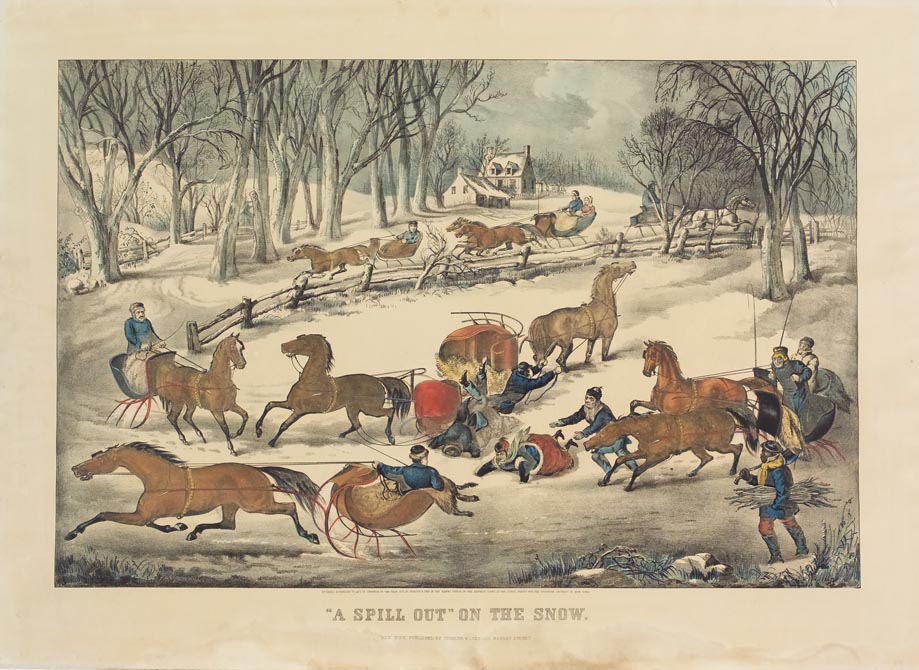 Many Currier & Ives prints depicted sentimental rural scenes as a way to promote the American dream and the idea of a promised land. The American Homestead Series illustrates traditional New England homes through the various seasons: winter, spring, summer and autumn. These prints celebrated the beauty, order and prosperity of the growing nation, as if all Americans shared this ideal. Interestingly, Currier & Ives opted not to include city dwellings in the series which would have been appropriate given the demographic changes taking place at the time. Instead they focused on highly nostalgic rural scenes which were very popular. Sleigh rides were a fashionable pastime in Victorian America. Currier & Ives created many images that depicted recreation activities and the lighter side of life. 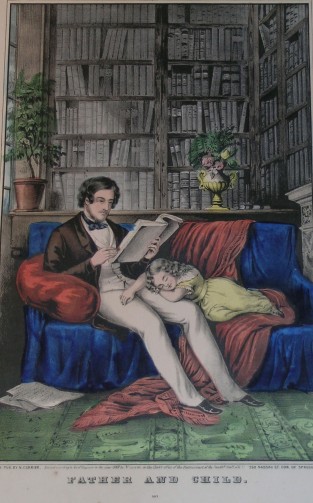 Interior of a study with father reading a book sitting on a couch and daughter fast asleep in his lap.… 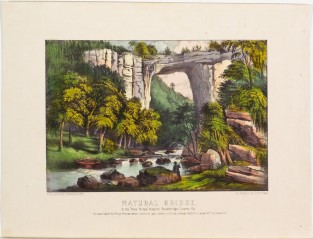 Natural Bridge crossing gully at upper center. Fisherman alongside stream at right. Remainder of title: "The mean light of the… 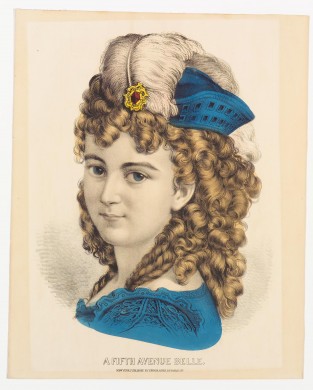