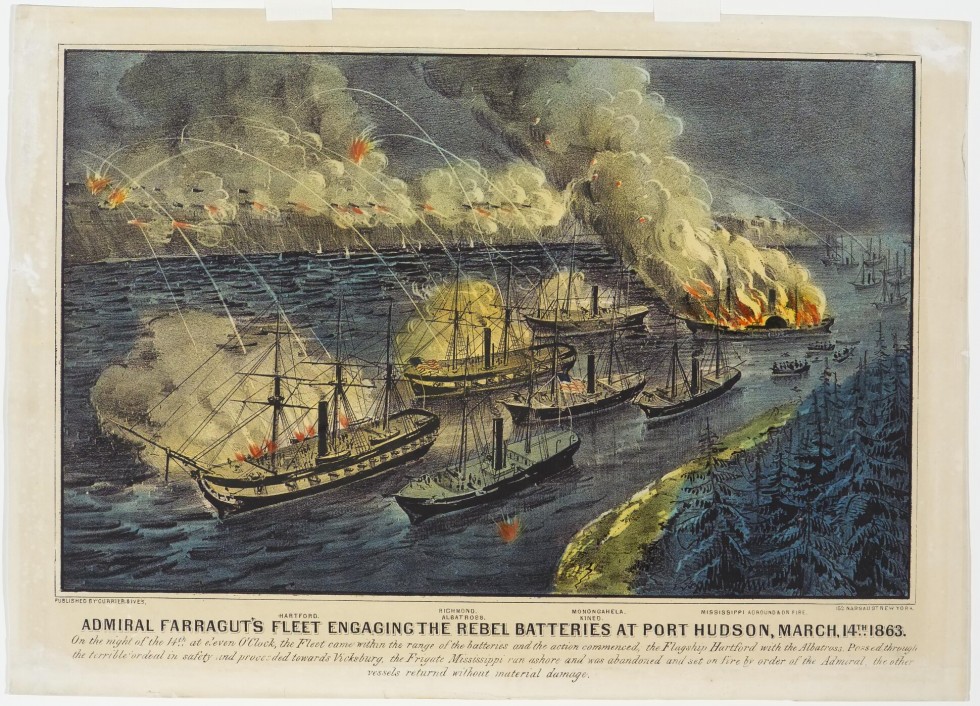 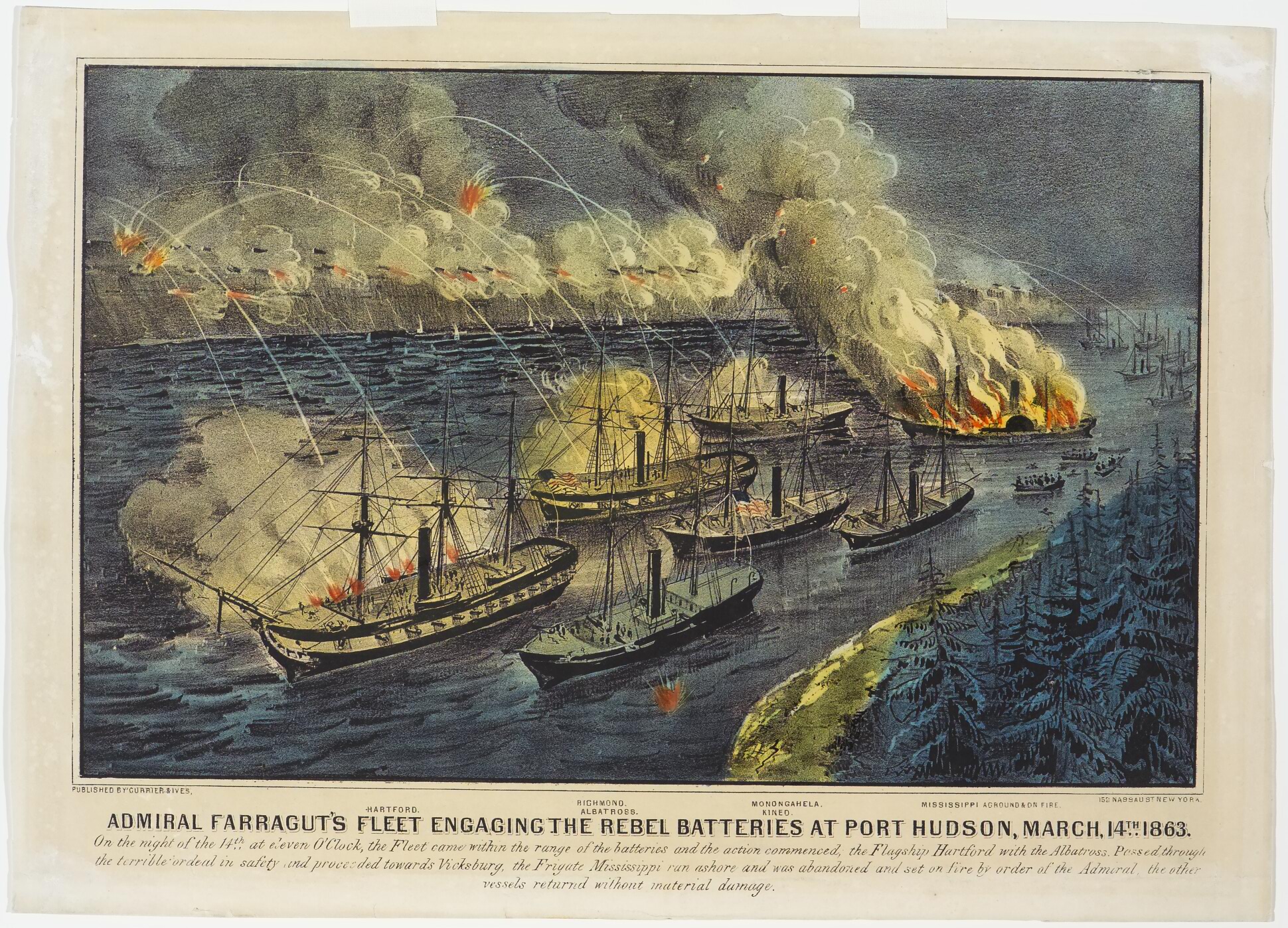 Control of the Mississippi River was of vital importance to both sides during the Civil War. For the Confederacy it was the link to commerce with Europe and the rest of the world via the Port of New Orleans. The river was also the route to the network of connecting waterways, which were the main means for transportation of supplies for their western cities and armies. The Union strategists realized that in order to defeat the Confederacy and save the Union, they had to control the Mississippi. By May 29, 1862, Union forces occupied much of the southern Mississippi River. It was critical for Confederate troops to protect the junction of the Mississippi and the Red River, which was just north of Baton Rouge. On the night of March 14, 1863, Union Admiral David Farragut attempted to run a fleet of seven ships by the Port Hudson batteries, maintained by Confederate troops. In a spectacular three-hour battle between the ship’s guns and the Confederacy, five of the seven Union ships were disabled. The Mississippi, running aground and being burned by its abandoning crew, is depicted enveloped in flames. The remaining two vessels, Farragut’s flagship, Hartford, and one gunboat, Albatross, were damaged but made it through and continued north. Although Farragut’s effort to run the fort was considered to be a failure, the two ships were able to effectively block the mouth of the Red River, seriously disrupting the flow of Confederate supplies into Port Hudson. 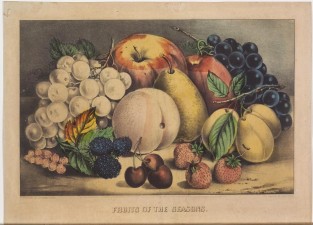 Fruits of the Season, Currier & Ives

Grapes, peaches and other fruit clustered on table top. 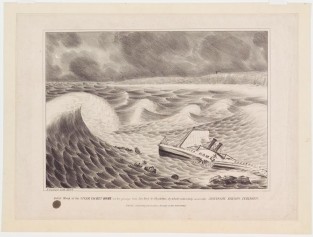 Awful wreck of the STEAM PACKET HOME: on her passage from New York to Charleston, Nathaniel Currier

Ship, HOME, lying on its side in a stormy sea. Row boats of people in water to left. Remainder of… 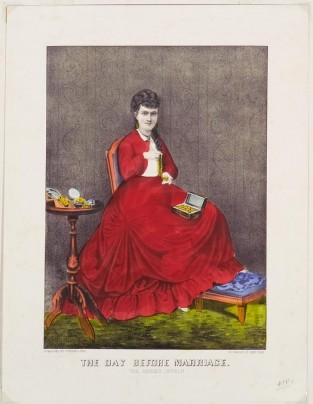 The Day Before Marriage. The Bride’s Jewels, Currier & Ives

Woman seated on chair at center. She is in a red dress and faces the viewer while holding a necklace…