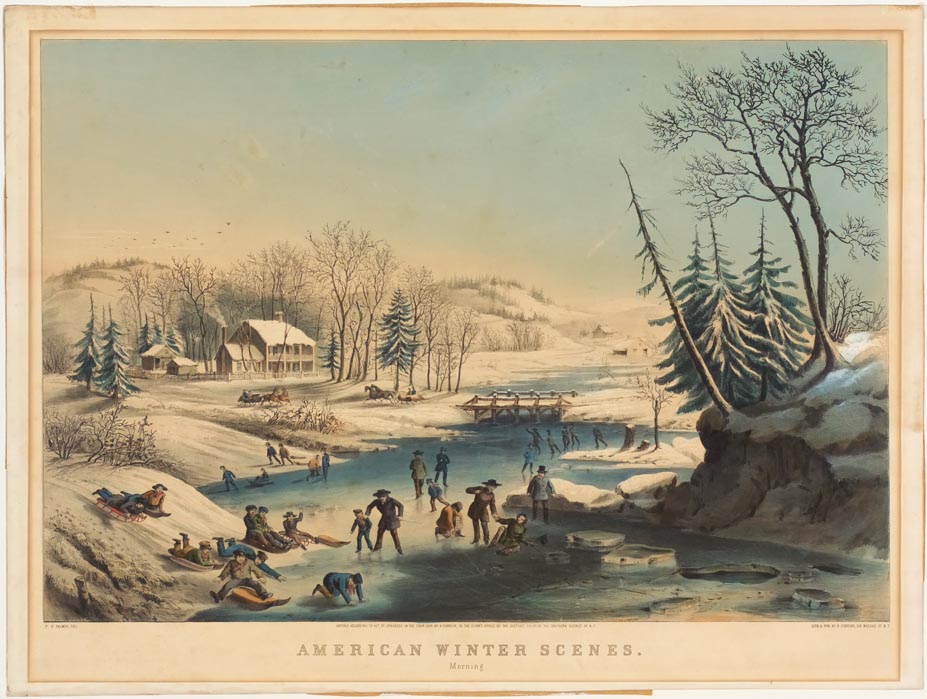 Scenes of New England life were favorite subjects of Currier & Ives and winter scenes were especially popular. This image was designed by Fanny Palmer, an artist who often used her direct observations of life as the foundation of her prints. In this wonderful view of winter activities she has included two horse drawn sleighs and children sledding and learning to skate. The chunks of ice that lay on the surface of the lake were cut out by farmers hoping to supplement their income during the slow winter season. Prior to refrigeration, ice was a necessary commodity and the ice chunks were sold to businesses in nearby cities. 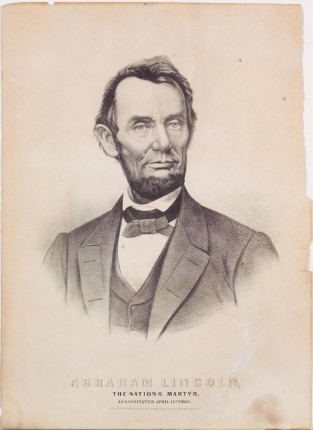 Black and white bust portrait of Abraham Lincoln facing slightly toward viewer's right. Before his assassination, Lincoln was often the… 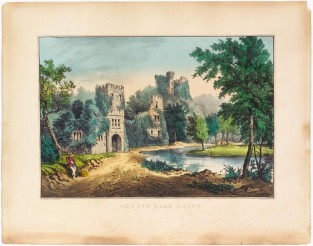 Ruins of a stone building to left of brook. Fisherman sitting on grassy knoll off path to ruins. 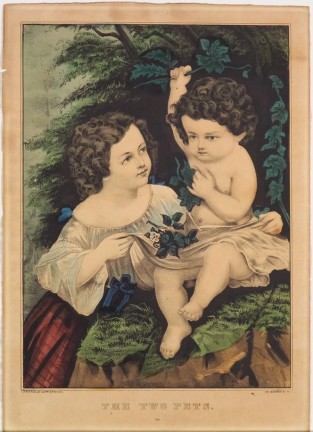