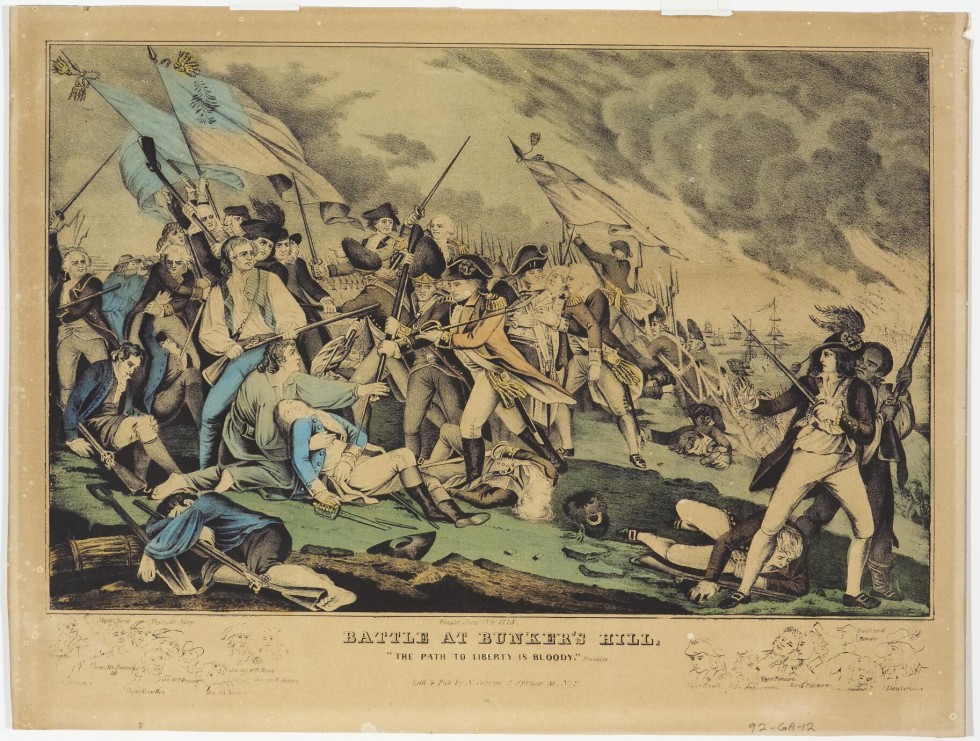 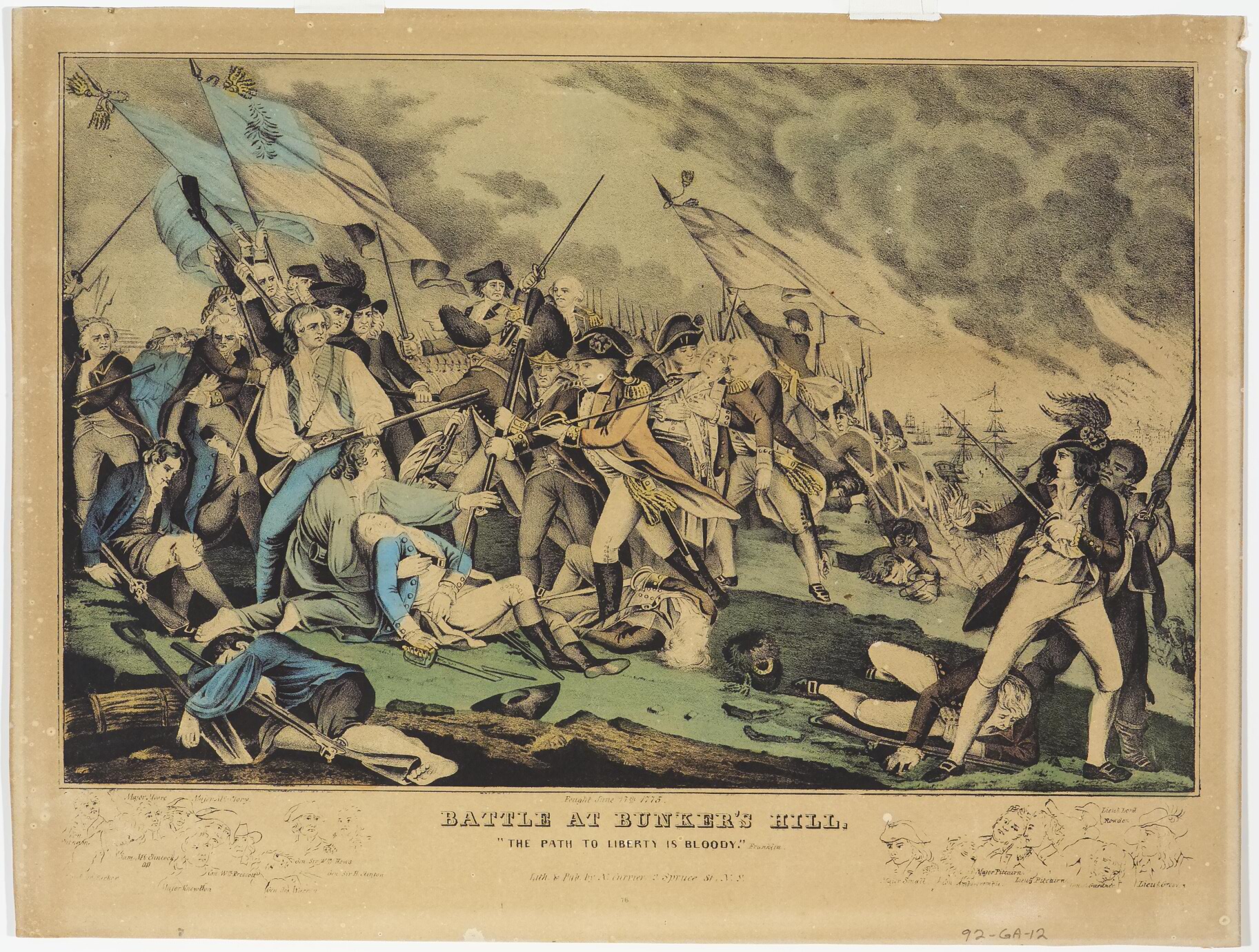 After John Trumbull American, 1756-1843 The Battle at Bunker’s Hill was one of the earliest and bloodiest of the American Revolution. The battle’s name is a misnomer as the majority of the dispute was fought on Breed’s Hill in Charlestown, Massachusetts. The losses were astounding for the British. More than 1,000 soldiers died, were wounded or imprisoned. The American army lost approximately 400 men. According to military tradition of the time, the British won because they had possession of the field at the end of the battle. The casualties told a different story, however. The attack was immortalized forever in American history by the famous quote attributed to one of the American commanders of the battle. In order to preserve gunpowder, he ordered the patriots, “Don’t fire until you see the whites of their eyes!” The waving flags, the diagonal line of the swords and the threatening clouds add action and drama to the chaotic scene. 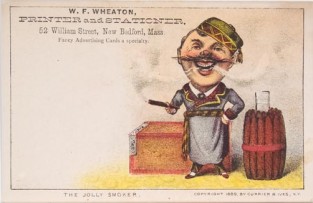 Trade Card: Man in green Turkish hat and blue robe smoking cigar standing in front of a closed box and… 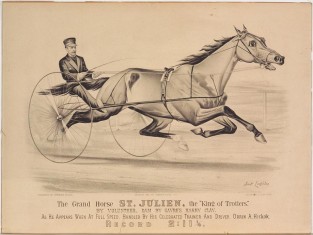 Driver and horse trotting to right on track. Black and White. 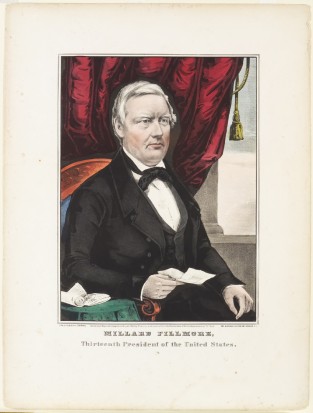