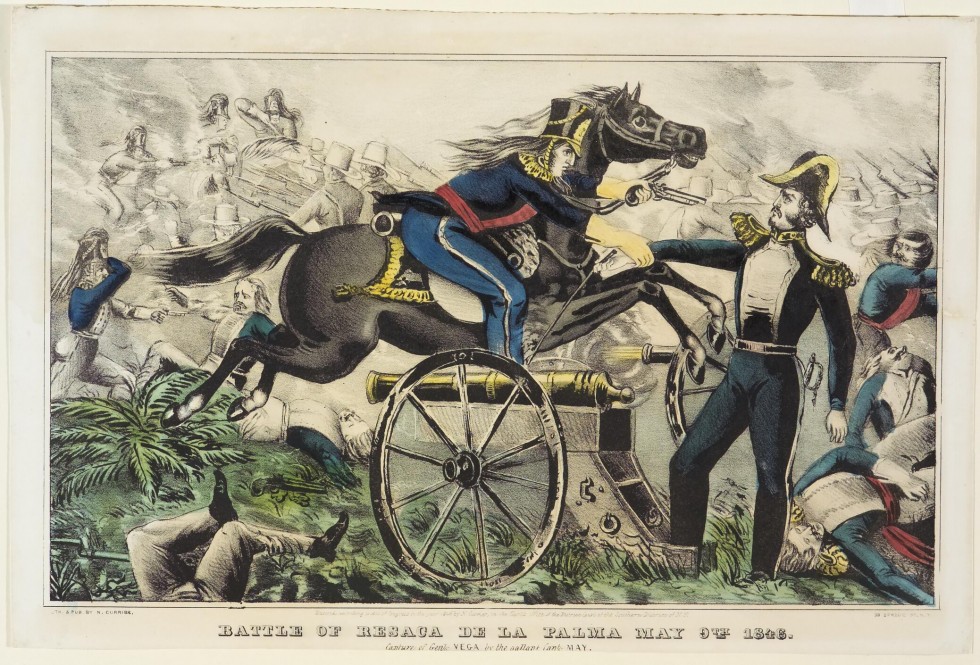 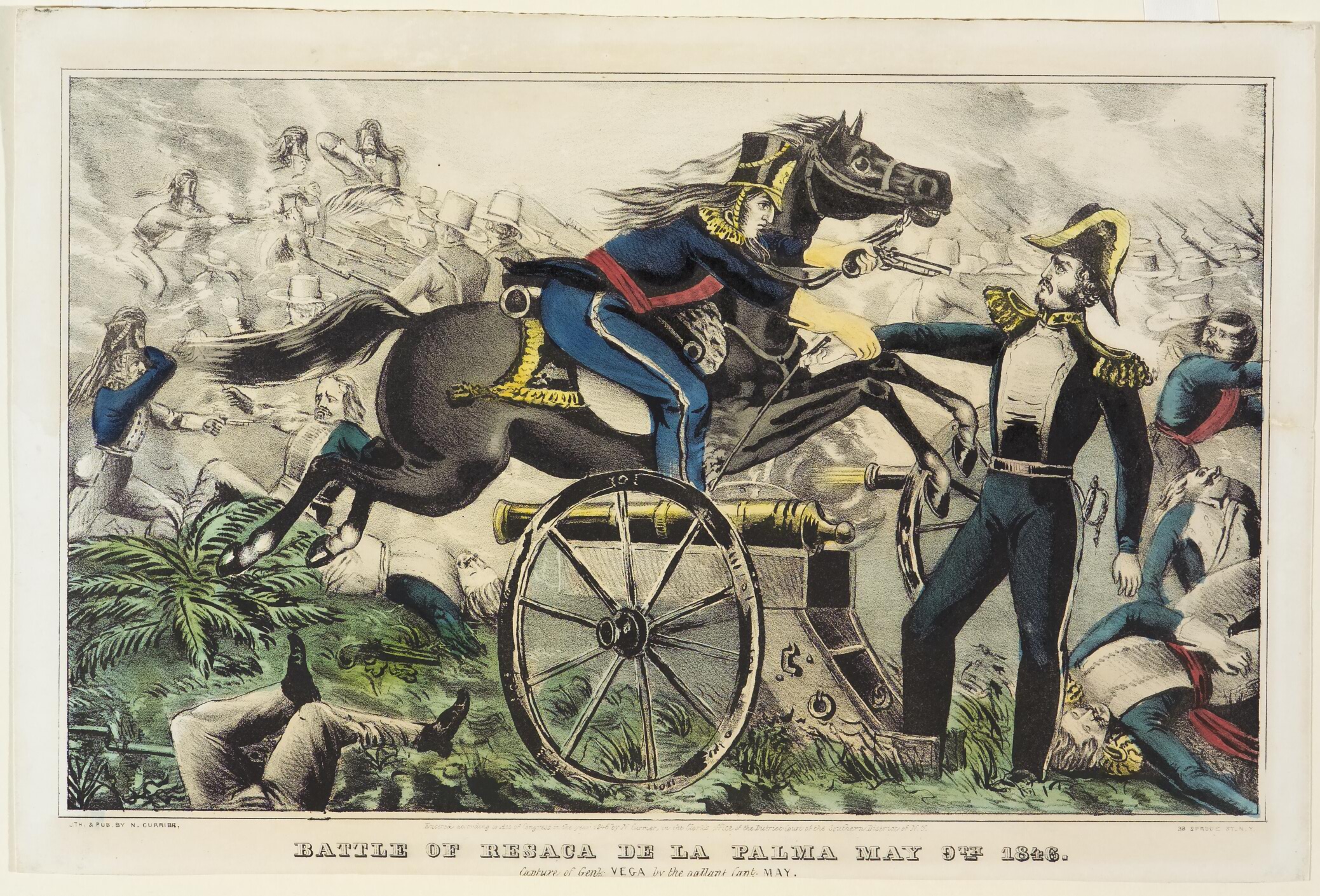 Officer in center atop black horse holding arm of another officer, standing, and pointing a firearm at same officer. Canon on ground in forefront.

The public’s appetite for news and pictures of the Mexican War was answered largely by Nathaniel Currier in the more than seventy prints he published depicting soldiers in battle and heroic war scenes. The war was the first contemporary American conflict to be captured by lithographers and this brought the immediacy of the battles to the public. While some compositions were based on sketches from the war front, more often the images were inspired by newspaper accounts and modeled after the European tradition of military scenes. 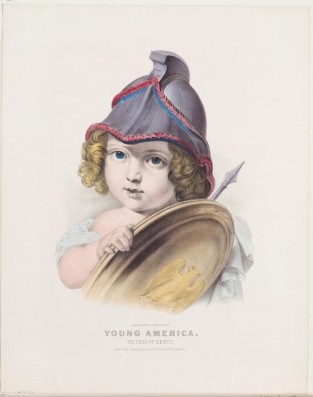 Young child with blonde curly hair wearing a helmet and holding a shield and sword against proper left shoulder. Currier… 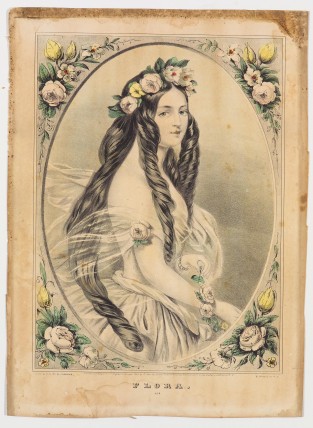 In oval image of woman with hip length hair and crown of flowers facing toward right. Bracelet on proper left… 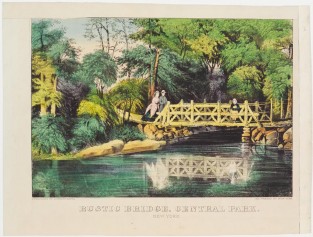 Couple crossing from left over bridge. Young girl at center of bridge looking down into water.