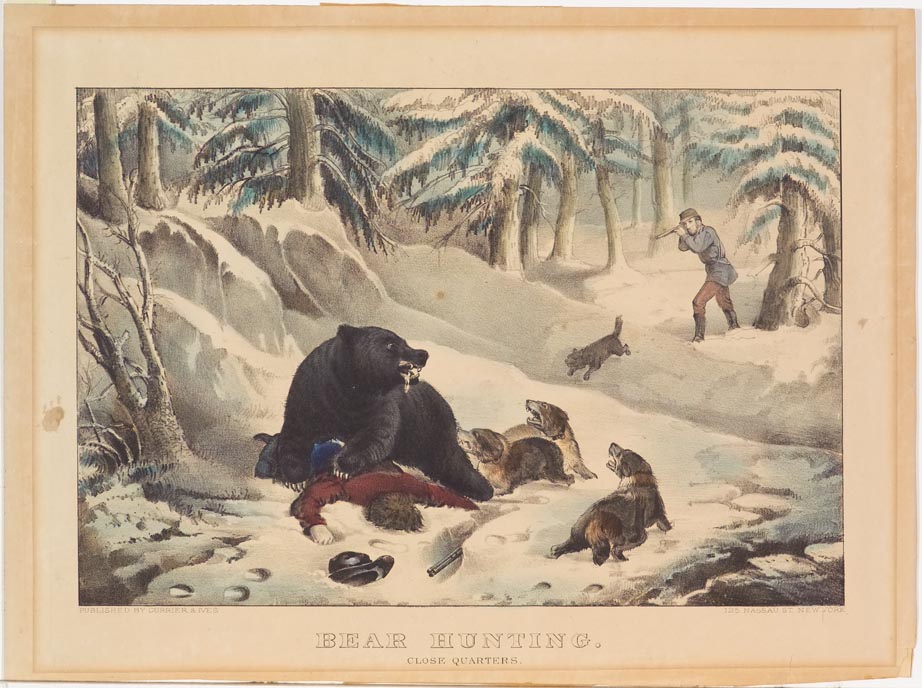 Winter scene of bear attaching hunter who is lying face down in snow. Three dogs surround bear, a fourth on way. A hunter preparing to fire rifle at bear stands at right background. Black and white with red and blue added for color in areas.

In this dramatic scene, a bear devours a hunter while his partner and his dogs try to kill the wild beast. Currier & Ives primarily produced hunting scenes that portrayed the successful sportsman, however, some images were created to sensationalize the hunt. Currier & Ives capitalized on tales of hunters who battled hand-to-claw or hand-to-horn with wild animals. In this print the bear is the victor. 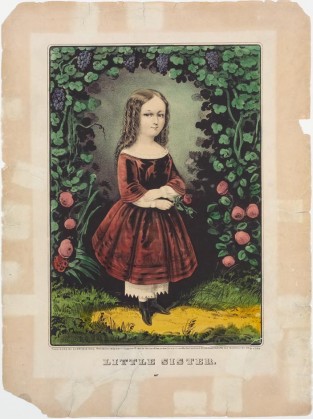 Young girl in red dress standing within a three sided arbor garland of roses and grapes. 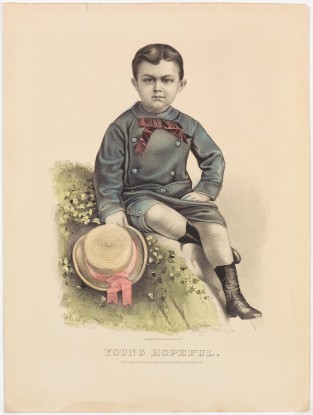 Young boy sitting on a knoll dressed in blue suit with pink tie, black boots and holding in proper right… 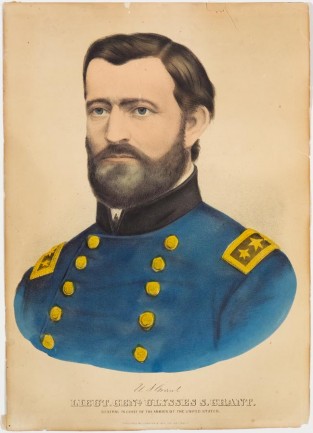