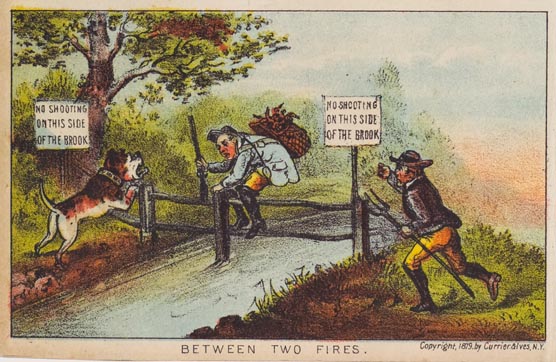 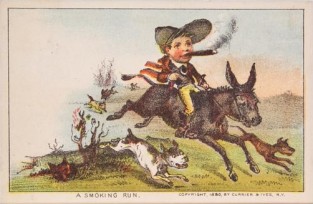 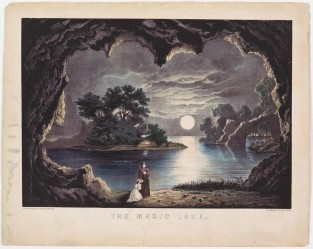 Evening scene by lake. Man in magician robes, with woman kneeling by him on shoreline. 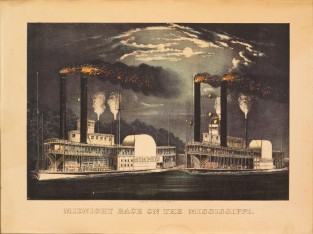 Night scene of two steamships - MEMPHIS to left and JAMES HOWARD to right. "M" in lower left corner of…