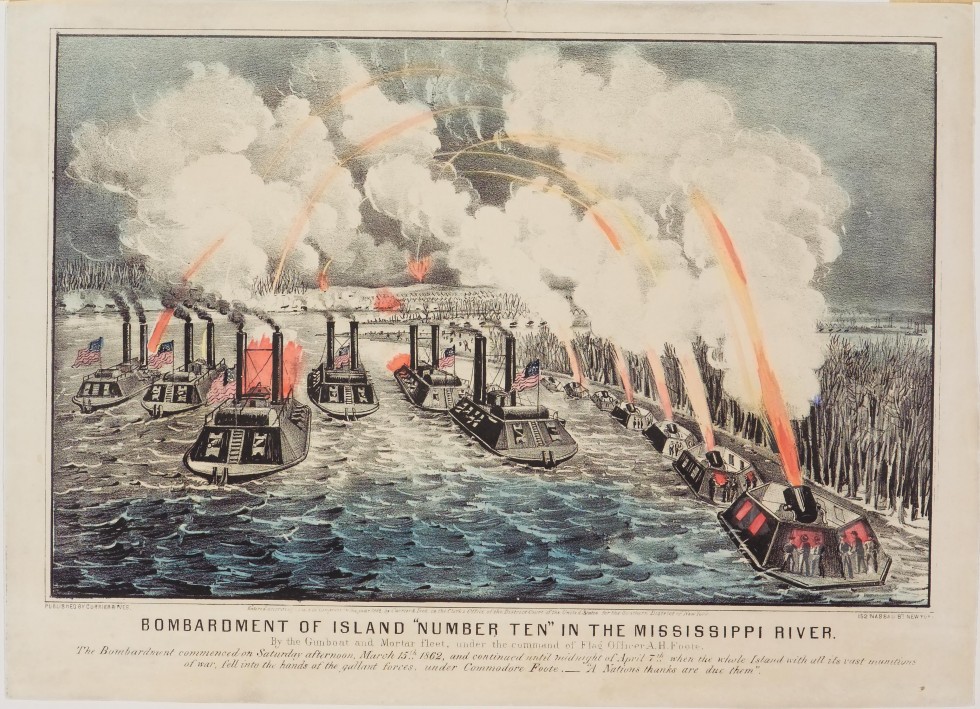 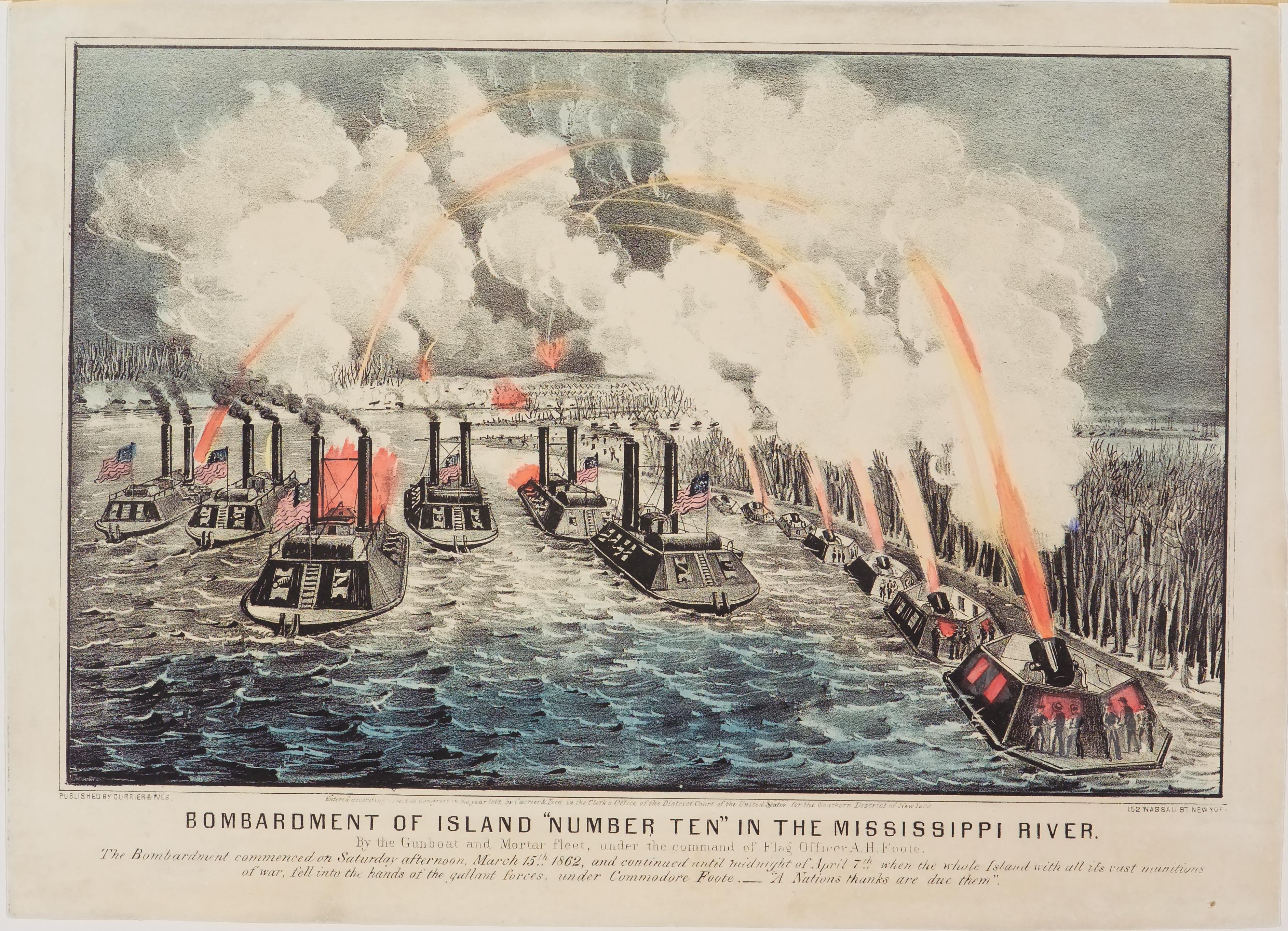 Daytime battle scene – seven large gun boats from left to right in foreground. Line on right recedes into background with six additional ships. Title’s lettering is in “black print”. Duplicate title (2004.D03.058 FAC #598.1) – differences are that this print, .057 is daytime scene, .058 is evening. And in this print, .057 all windows in far right gunboat are reddened.

Island Number Ten, near the Kentucky Bend in the Mississippi River, was attacked in the late winter and early spring of 1862. In order to continue down the Mississippi, the Union found that it had to capture the heavily defended island. The Confederate fortifications consisted of land batteries on the island and a floating battery off the coast. On March 16, Union gunboats shelled the island fortifications, while Confederates returned fire from the shore. On the night of April 4, the gunboat Carondelet managed to pass by the island. On April 7, the Pittsburg managed to join her. Then, under cover of these gunboats, Union troops crossed the Mississippi River and landed below the island, crossing a Confederate withdrawal route. On April 7, the Confederate garrison of 7,000 men surrendered. The defeat of the Confederates opened the river for the capture of Memphis, Tennessee, two months later in the Battle of Memphis. Island Number Ten has since disappeared as a result of erosion from the Mississippi River. 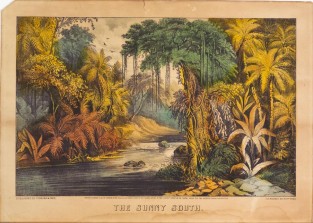 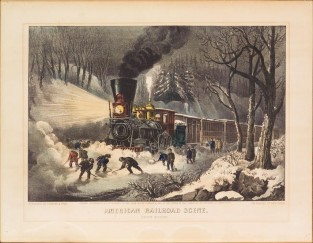 Evening scene of a passenger train stopped on the tracks while about a dozen men shovel snow off tracks ahead.… 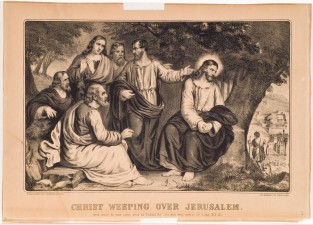 Christ seated at base of tree at right in image looking off to his left. Group of five men sit…