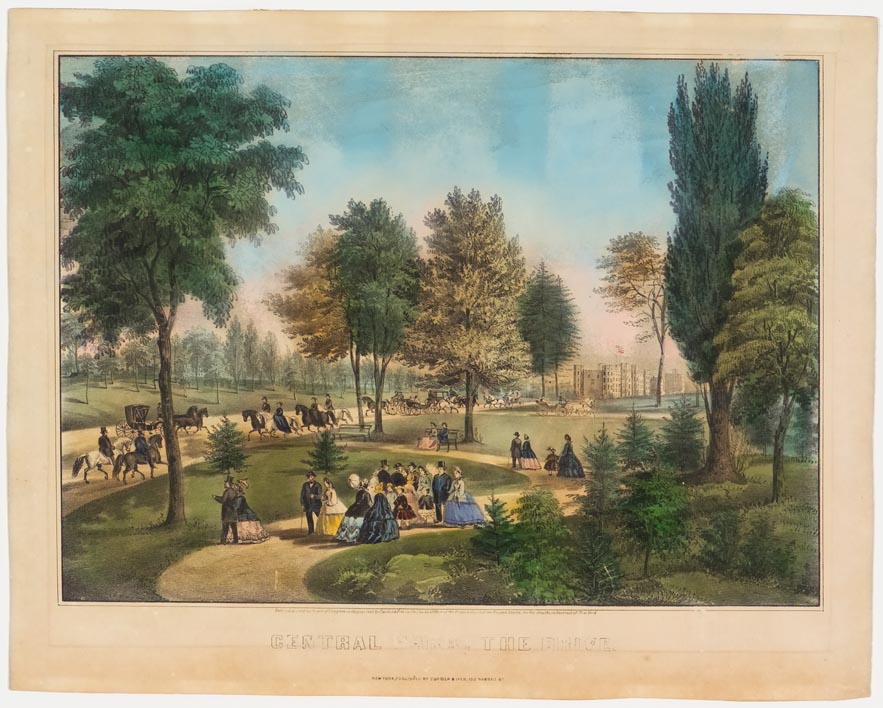 Landscape scene in a park with strollers, horses and riders and horses and carriages.

IIn this view of Central Park, Currier & Ives portrayed the pleasures of summer in the city. The park was celebrated for its variety of sporting venues and for its vast system of pathways and roads for those who wanted to take a leisurely stroll or to enjoy a carriage ride. The city’s wealthiest citizens turned out daily for elaborate late-afternoon carriage parades dressed in their finest attire. In order to appeal to its largest audience, Currier & Ives included multiple details in the images such as the American flag displayed on the building in the background. 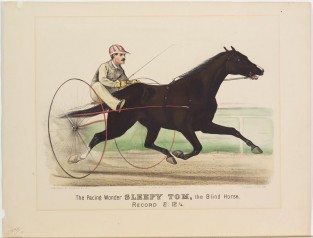 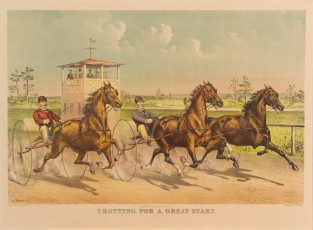 Single trotter and a double trotter on track with spectator stand behind and to left. After Louis Maurer American, 1832-1932… 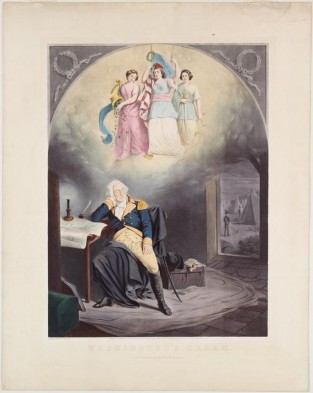