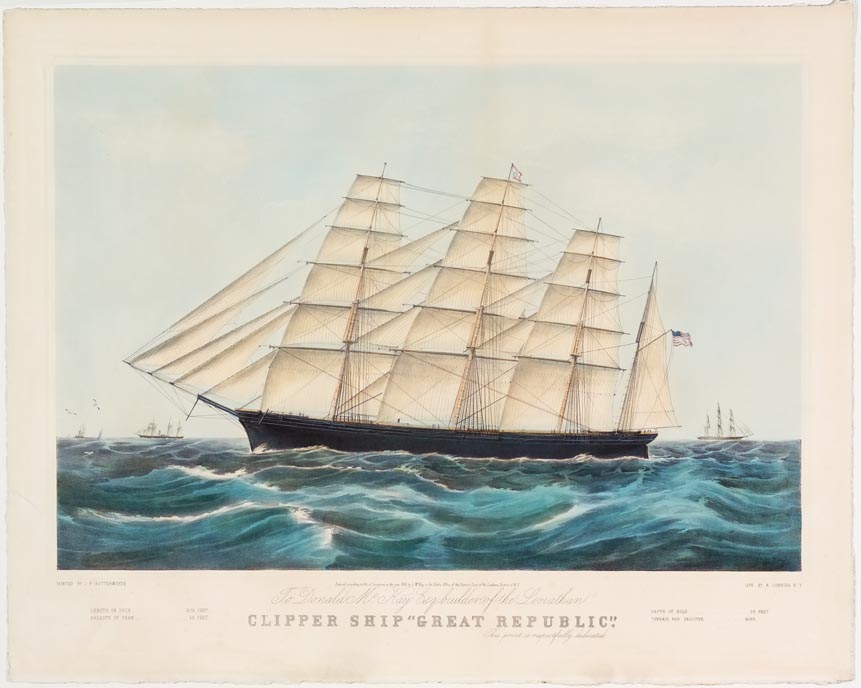 Ship is sailing to the left in image. Print has script “This print is respectfully dedicated ” but incomplete of signature. Duplicate title (2004.D03.444 FAC#1151) is same image but ship is sailing to right.

Currier & Ives produced more than 300 prints celebrating the American maritime industry and frequently created “portraits” of clipper ships. These ships were designed for speed and often carried large cargoes to satisfy the increasing international trade demands. The clippers specialized in trips from the Eastern seaboard to the Pacific, where gold and tea were picked up and carried back to their homeports. Many of the voyages were sailed in record times, much to the delight of the public. Nathaniel Currier, always aware of his customers’ interests, was quick to publish prints of clipper ships upon their maiden voyages or to celebrate new speed records. The clipper ship “Great Republic” was launched in the Fall of 1853. The vessel was praised for her sleek lines and speed, making the trip between New York City and San Francisco in only ninety-two days. In 1872, the ship sprang a leak during a hurricane off of Bermuda and was abandoned with fifteen feet of water in her hold. 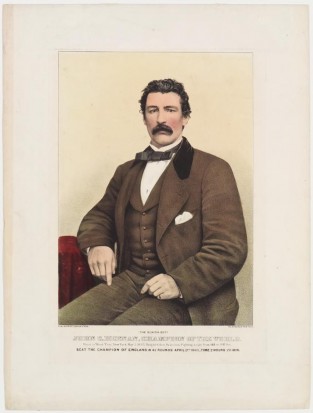 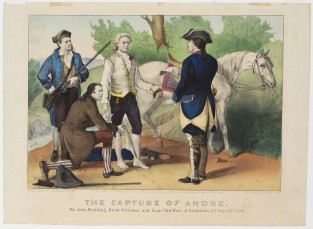 The Capture of Andre. By John Paulding; David Williams and Issac Can Wart at Tarrytown, NY Sept. 23rd 1780., Currier & Ives

Man in blue uniform reading from a piece of paper to three other men standing aside white horse. 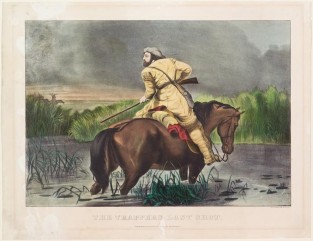 Trapper sitting astride his horse in middle of river, trapper's back to viewer. Trapper is looking over his left shoulder…