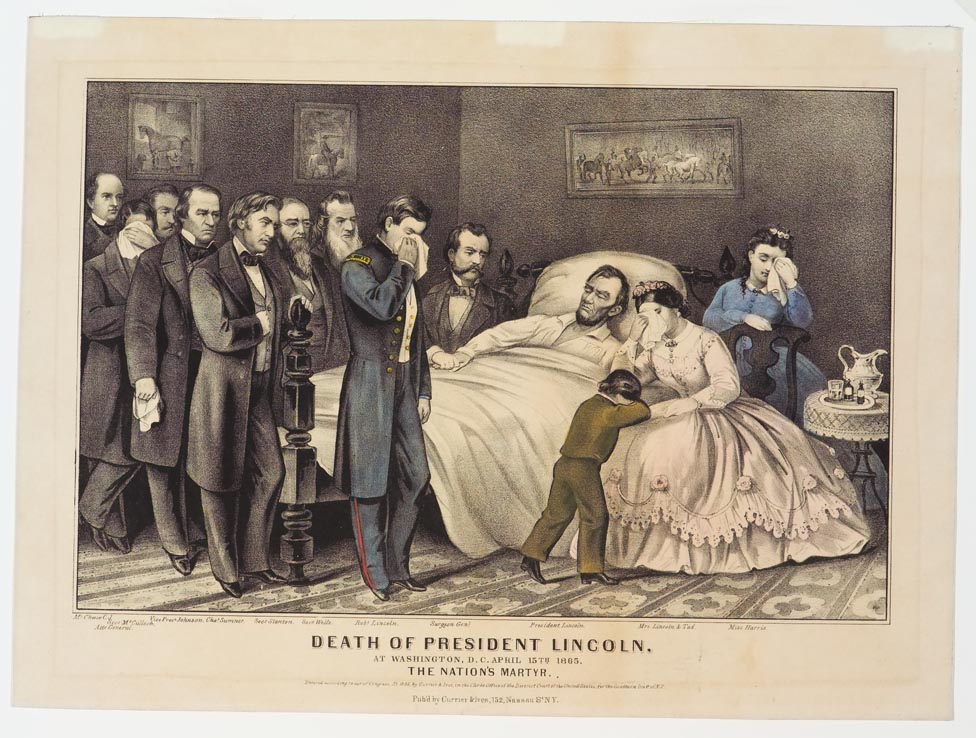 The dramatic scene of Abraham Lincoln’s death was described in detail in the diary of Gideon Wells, Secretary of the Navy under President Lincoln: “The President had been carried across the street from the theater to the house of a Mr. Peterson. He lay extended on a bed, breathing heavily. Several surgeons were present, who reported that the President might live three hours or more. His slow, full respiration lifted the clothes with each breath that he took. His features were calm and striking. A double guard was stationed at the door and on the sidewalk to repress the crowd, which was of course highly excited and anxious. The room was small and overcrowded. About once an hour Mrs. Lincoln would repair to the bedside of her dying husband and with lamentation and tears remain until overcome by emotion. I remained in the room without sitting or leaving it, when, there being a vacant chair which some one left at the foot of the bed, I occupied it for nearly two hours, listening to the heavy groans and witnessing the wasting life of the good and great man who was expiring before me. The colored people were especially overwhelmed with grief and there more of them at this time, perhaps, than whites. The respiration of the President became suspended at intervals and at last entirely ceased at twenty-two minutes past seven.” 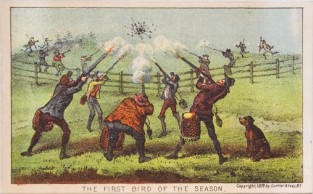 The First Bird of the Season, Currier & Ives 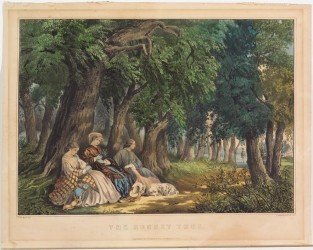 Woodland scene. Three women at left seated with dog at their feet; one looking at man down path to right… 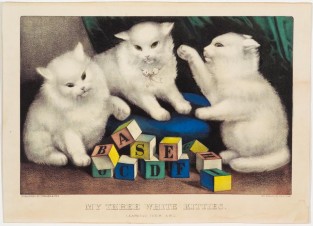