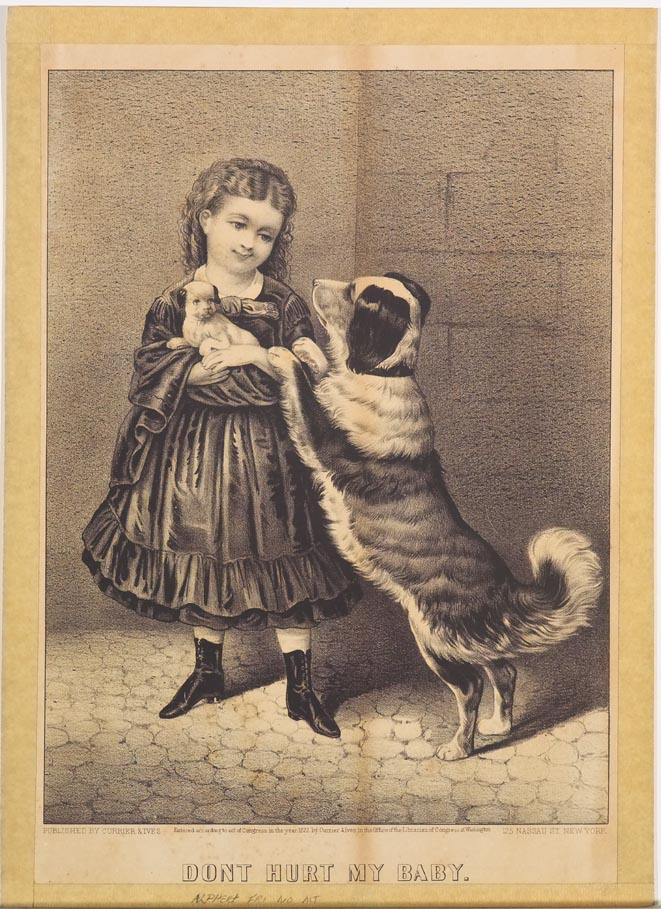 Currier & Ives provided “cheap and popular” pictures in the form of lithographs that appealed to the American public and their thirst for visual information. The country was changing at an unprecedented rate and sentimental images provided a sense of security to the American people. Many Currier & Ives prints were hand-colored by artists who worked for the firm. Occasionally prints were left uncolored as in Don’t Hurt My Baby. This image depicts a young girl protecting her treasured puppy from a larger dog. 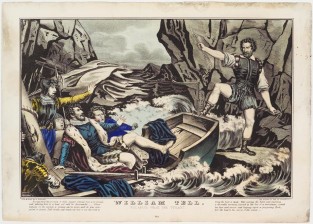 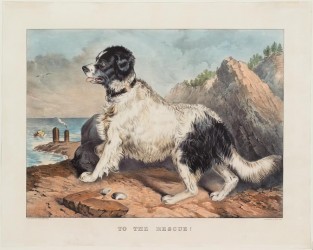 To The Rescue!, Currier & Ives 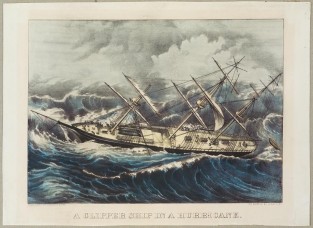 A Clipper Ship in a Hurricane, Currier & Ives

Clipper ship sailing to left in image on stormy seas, ten men on deck. Lifeboat in water off to right…