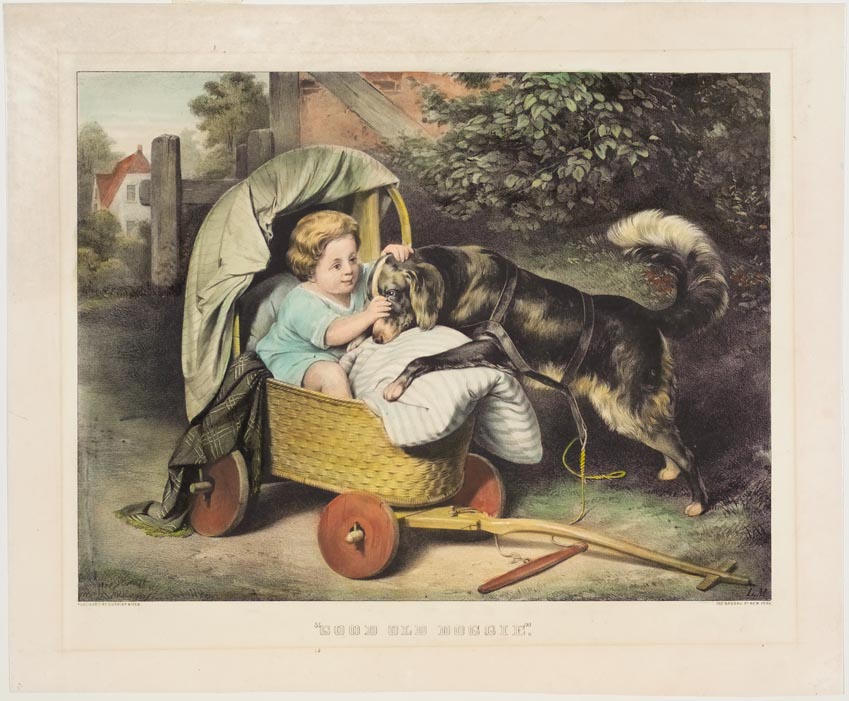 Young girl in cradle on wheels. She’s petting her dog who is leaning into the cradle resting its head on blanket.

German-American artist Louis Maurer (1832-1932) worked for Currier & Ives for eight years earning a beginning salary of five dollars a week. He was best known for his prints of horses and firefighters, and occasionally created sentimental prints such as Good Old Doggie. The image highlights the companionship between a young child and the family pet. 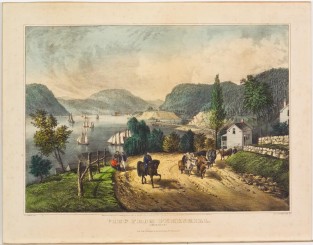 Village scene along river - sailboats on water, people and animals traveling up lane at center. 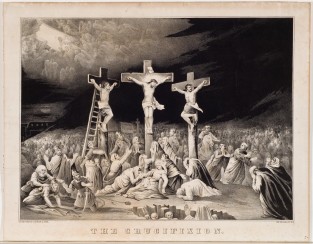 Jesus on cross at center, flanked by two others also on crosses. Many people gathered below. Mary at center at… 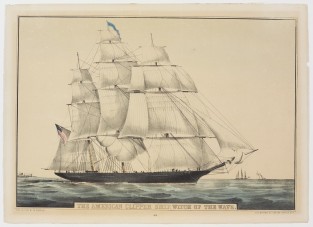 The American Clipper Ship, WITCH OF THE WAVE, Nathaniel Currier