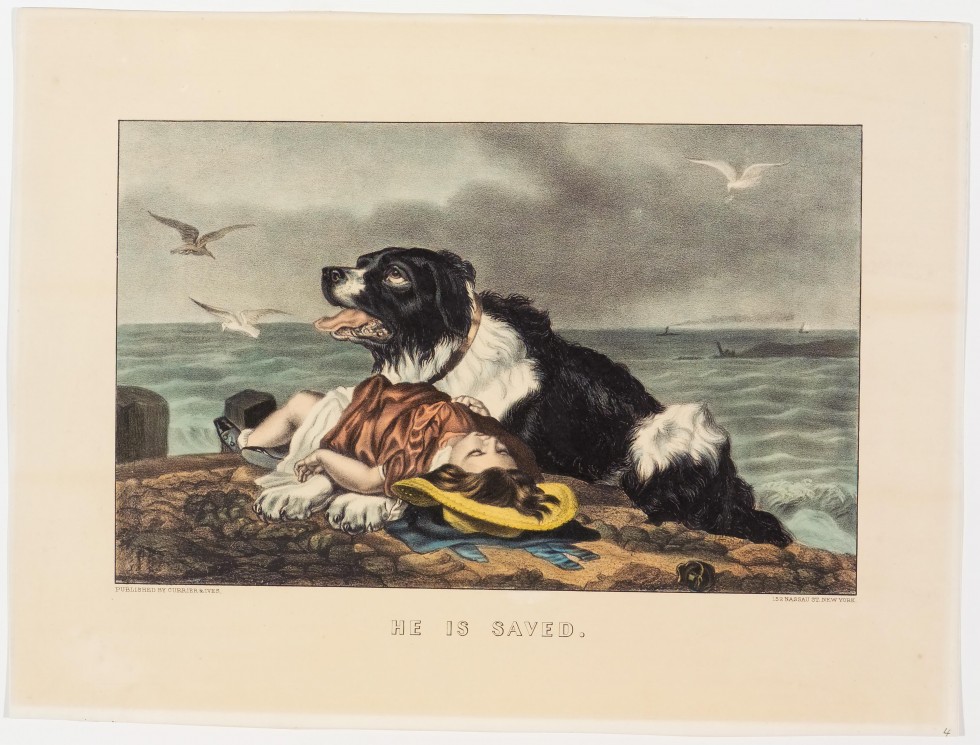 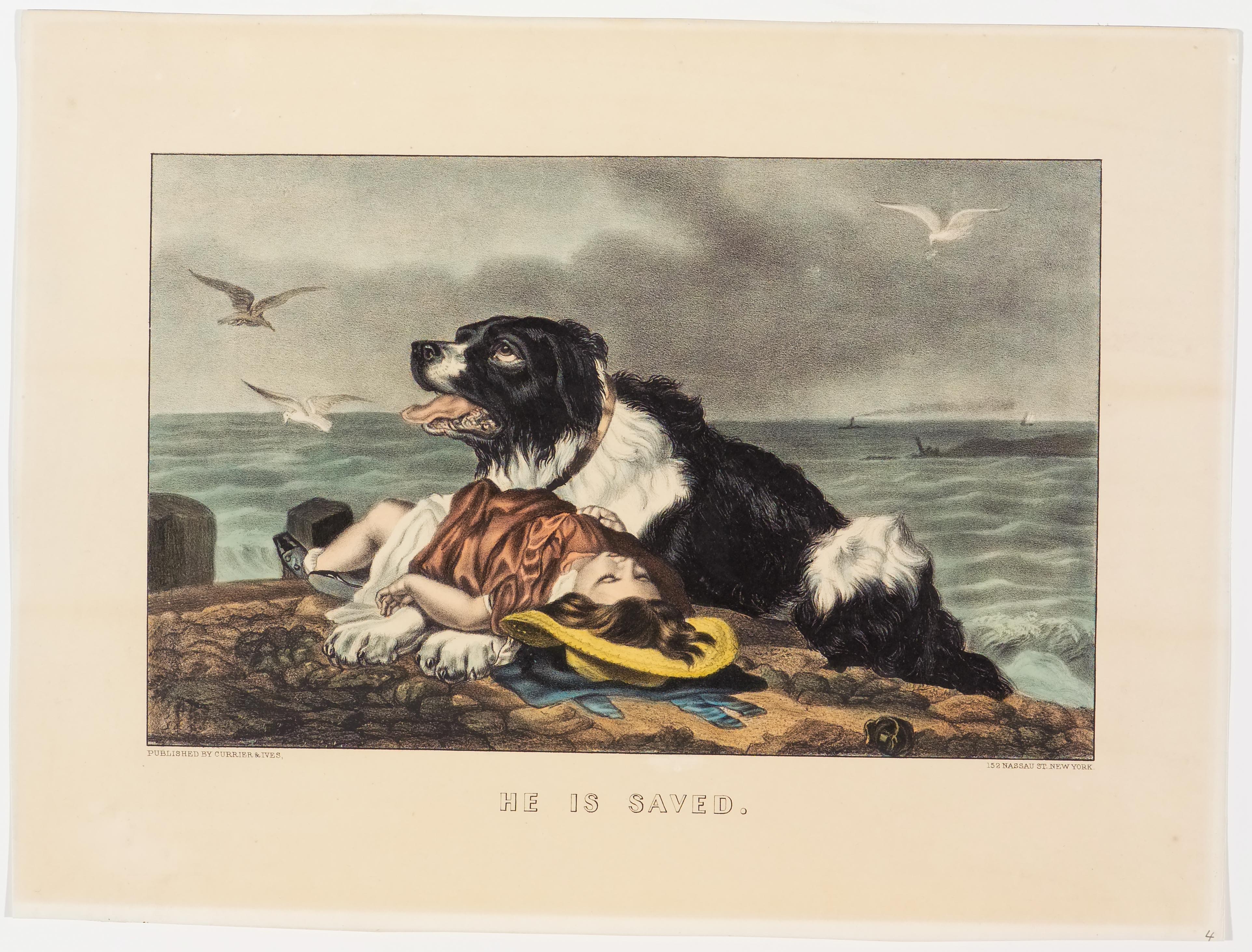 Black and white dog facing up and left resting on beach with supine body of young girl in pink dress lying across its front paws – sea in background. Dog saves a girl, not a boy as indicated in title. Same dog and child as in “To The Rescue” (2004.D03.077 FAC #6079).

Currier & Ives based this print on an 1856 painting by English artist Sir Edwin Landseer (1802-1873) called Saved. The Landseer image depicts a black and white Newfoundland dog on a beach with a small girl who has just been rescued by the dog from drowning. Currier & Ives have echoed the composition of Landseer’s painting, and though the title of the print refers to He is Saved, the figure appears to be female. Landseer was a popular artist who specialized in paintings and sculptures of horses, dogs and stags and often gave his animals human-like expressions. The Newfoundland dog possesses a natural instinct to rescue and comfort those in distress in the water. During the 19th century, there were numerous accounts of the dogs participating in water rescues. 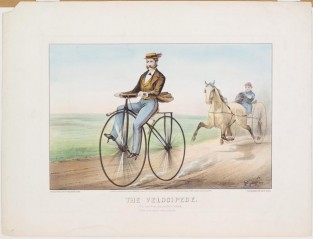 The Velocipede. We can beat the swiftest stead, with our new velocipede., Currier & Ives 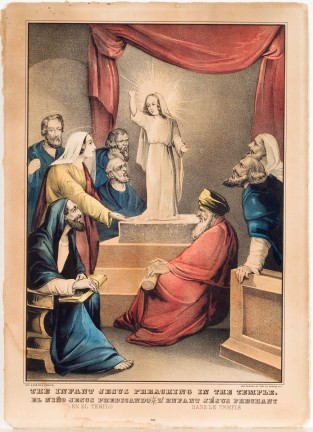 The Infant Jesus Preaching in the Temple, Nathaniel Currier

Christ as an infant standing on pedestal at center surrounded by seven men standing and seated. Mary stands at left… 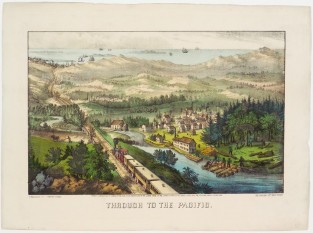 Through to the Pacific, Currier & Ives

View of town from high above. Train headed on tracks from center foreground to center background - where tracks meet…