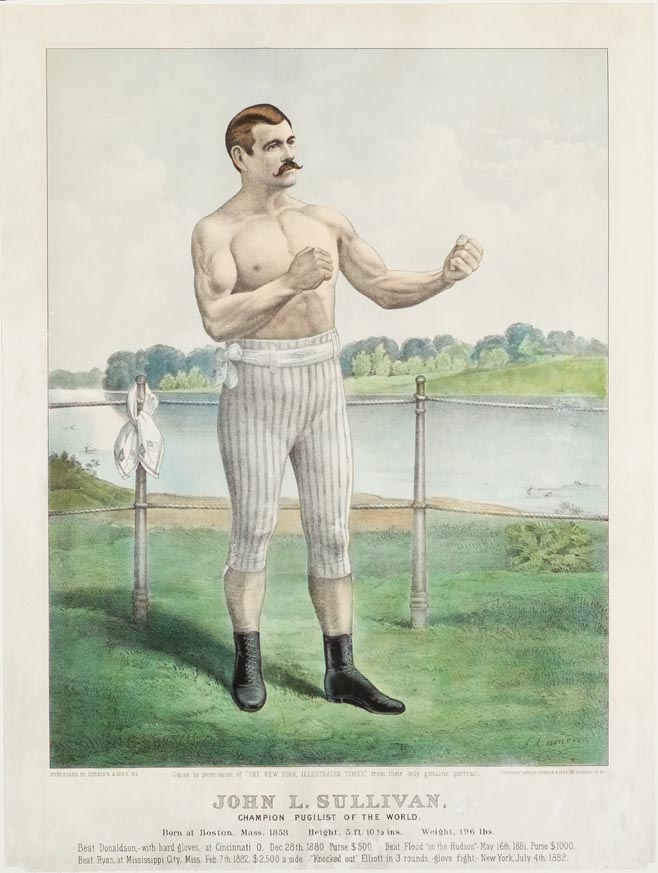 John Sullivan standing shirtless at center in boxing stance in an outdoor fenced in area, facing right in image.

Undefeated for many years, champion John Sullivan fought wearing gloves as well as bare-knuckled. He was a champion in the United States and abroad, fighting in France, England, and Ireland. Sullivan was said to have earned nearly $100,000 in prize money. However, he spent much of his winnings on alcohol and later died of complications related to his drinking. 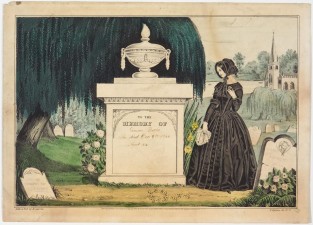 To the Memory of Simeon Brooks, Nathaniel Currier

Woman looking at tomb to left of her in image. Name handwritten in "Simeon Brooks who died Dec 9th 1844.… 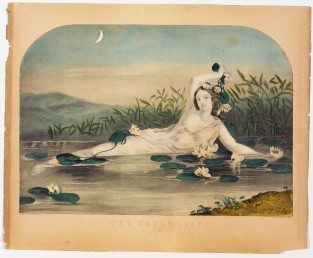 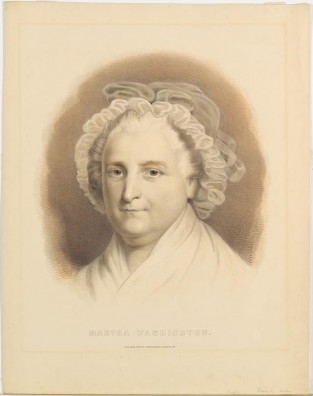 Bust of Martha Washington, her body facing to left in image and she's looking out at viewer. Only color is…