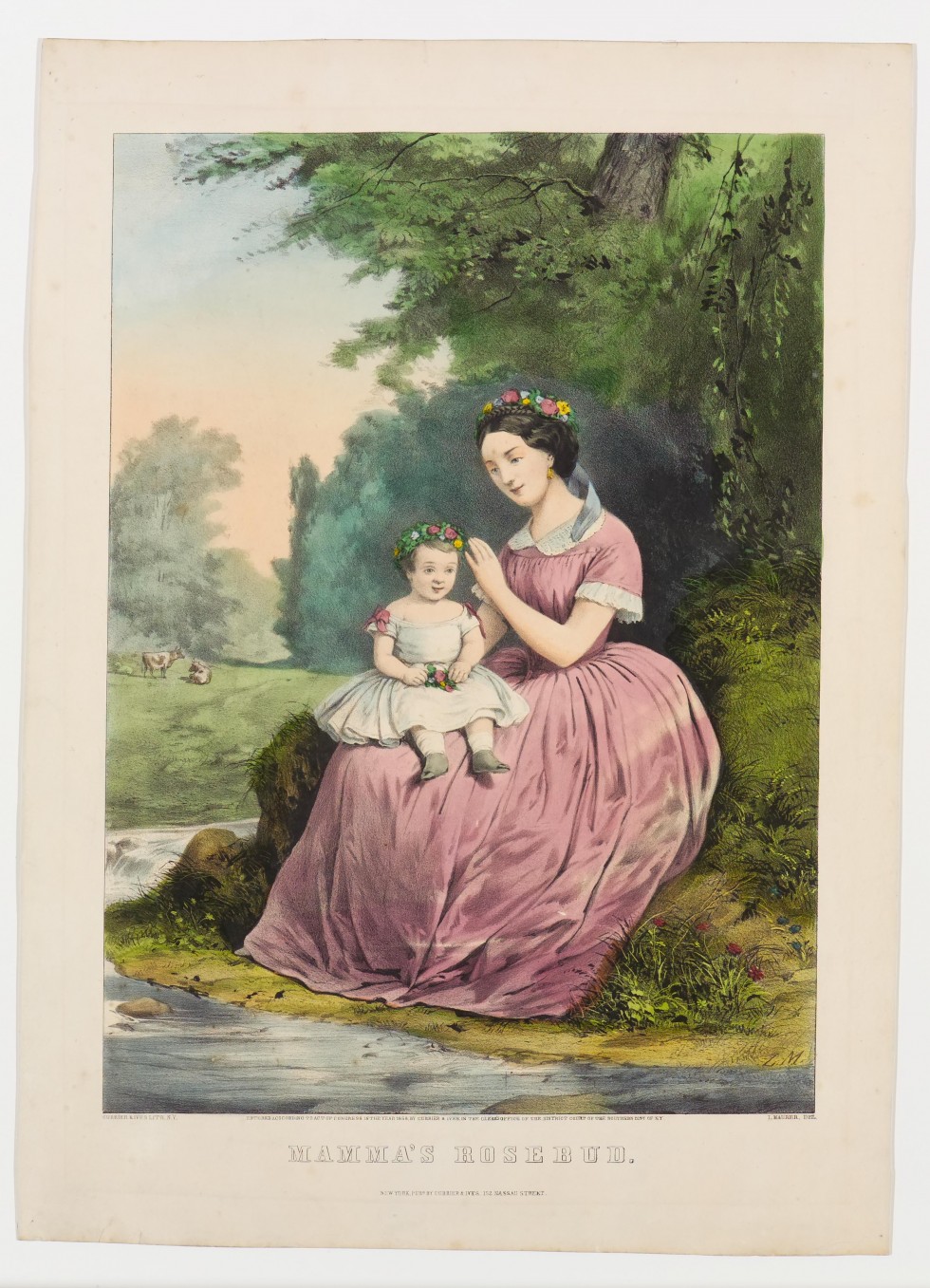 This charming image of a mother and child enjoying the outdoors may have a deeper meaning. During the 19th century, floriography, or the language of flowers, became a popular way to communicate when emotions could not be openly expressed. Flowers were frequently given as gifts and worn on the clothing and in the hair. The title of the print, Mama’s Rosebud, describes the small child who will “bloom” into womanhood. In the symbolic language of flowers, a rosebud signifies youth and innocence. 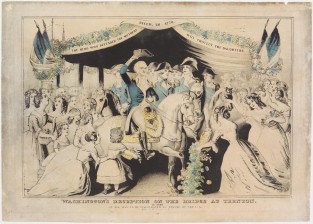 Washington’s Reception on the Bridge at Trenton. In 1789, Nathaniel Currier

George Washington on horseback at center of crowd of people. He's looking out at viewer with hat in raised proper… 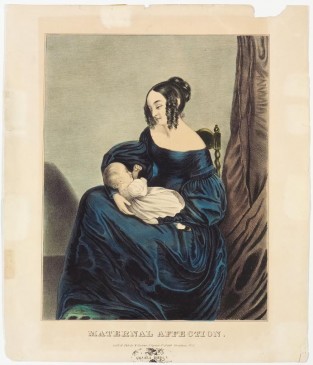 Woman in blue dress facing left sitting with child (sleeping) in her lap. 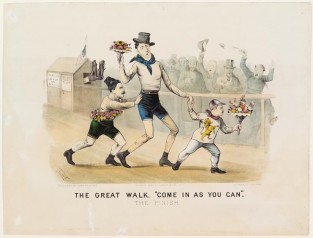 The Great Walk. “Come In As You Can”. The Finish, Currier & Ives

Three men in front of crowd. Man at left with floral garden around waist pushing tall man at center holding…