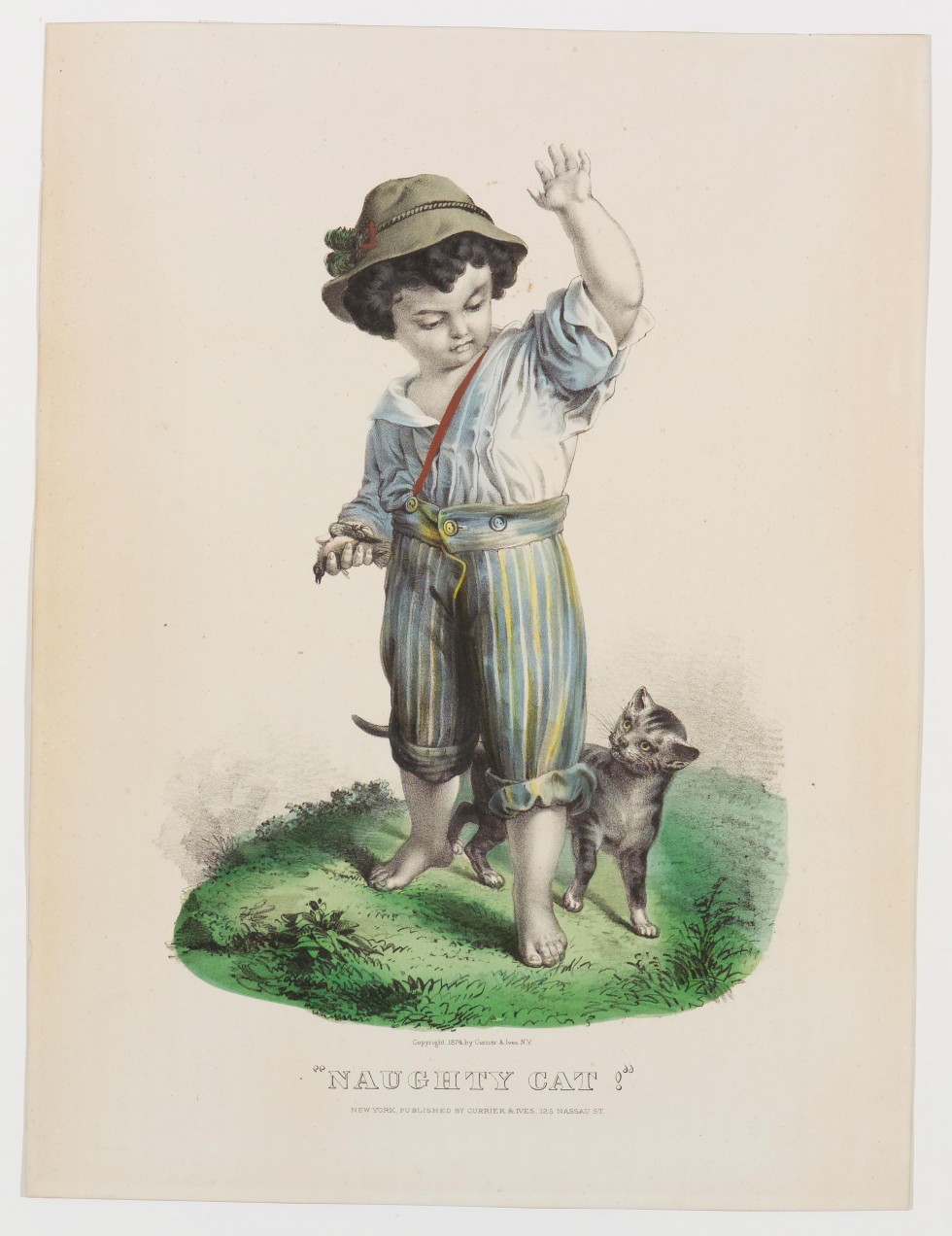 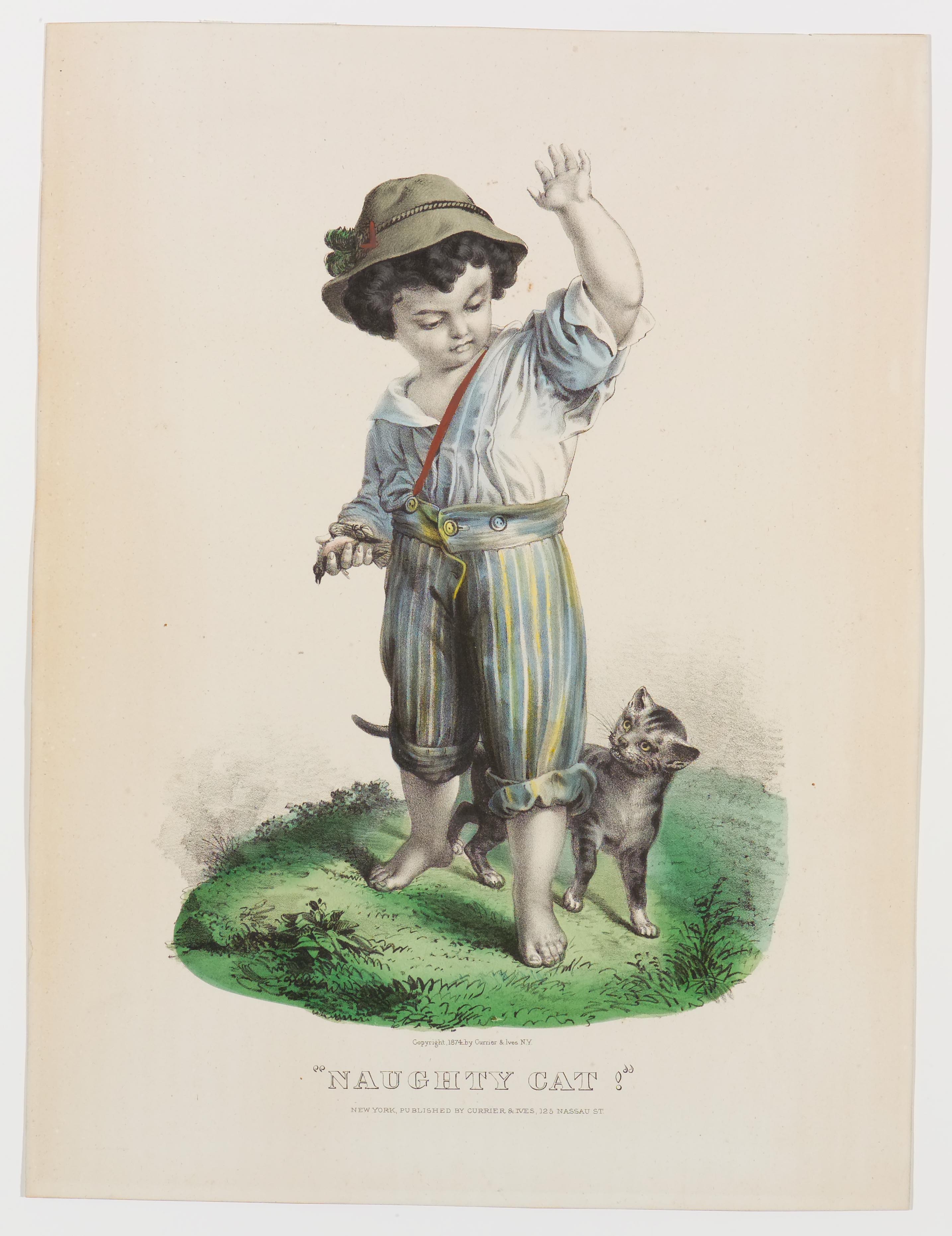 Currier & Ives often celebrated the role of the cat as a mouse catcher as well as a companion to children. This atypical print illustrates the predatory nature of the cat. A young boy scolds his pet as he holds a bird that the cat has killed. During the late 19th century, a growing awareness of the uniqueness of birds and animals led to the development of wildlife conservation societies and eventually to the 1918 Migratory Bird Act, which protected birds from hunters and collectors. 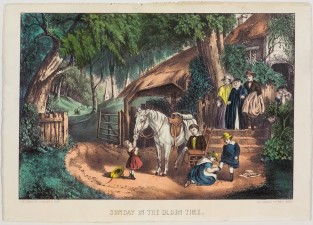 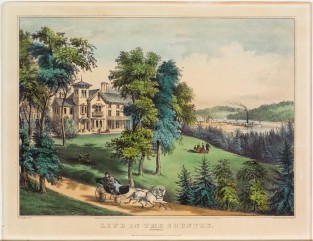 Life In The Country, Currier & Ives

House to left. People strolling down front lawn. Horses and carriage with couple headed away from house. River off to… 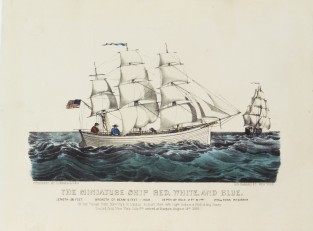 Ship headed to right in image; another headed toward viewer at right background.