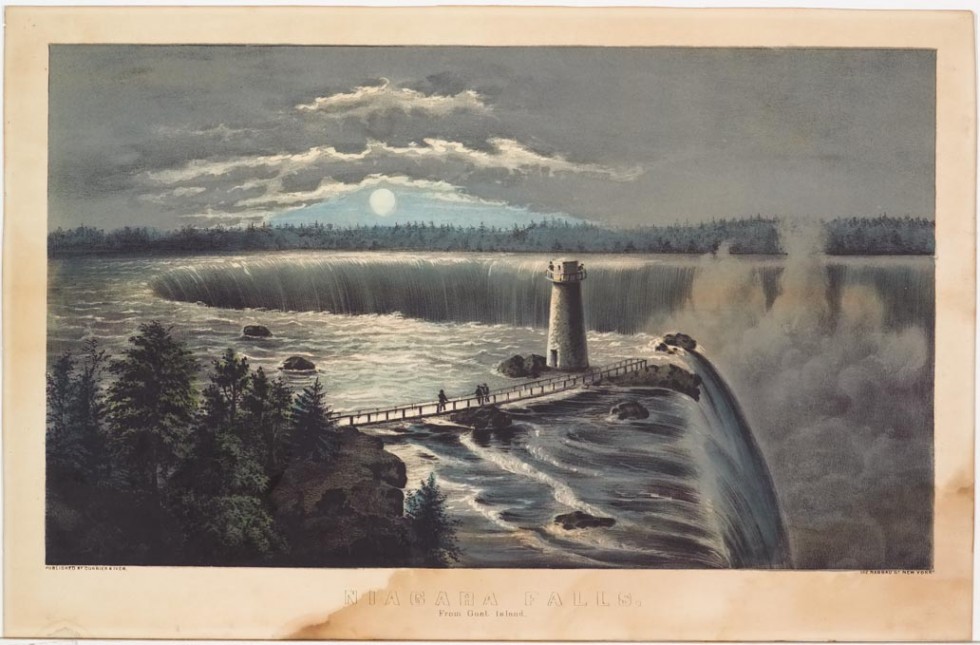 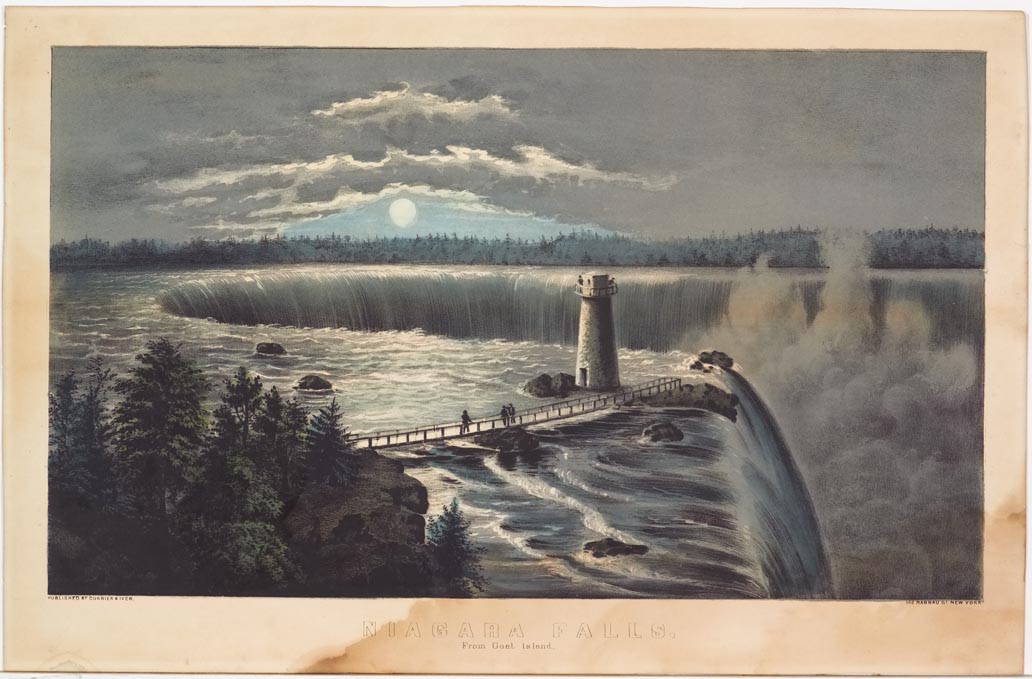 Renowned for its enormity and beauty, Niagara Falls was a popular and celebrated natural wonder during the 19th century. Until 1912, visitors to the Falls were permitted to walk on an ice bridge that formed in the winter in order to better view the powerful water flow. A local newspaper reported that on February 24, 1888, at least 20,000 people visited the Falls in order to gaze at the water or sled on the ice. Many Hudson River School artists, including Frederic Church, painted Niagara Falls to celebrate the splendor and uniqueness of the American landscape. Currier & Ives, responding to visitors demands for souvenir images, printed a number of versions of the Falls, including this night-time scene. For those images that were most popular, such as scenes of Niagara Falls, the firm often reworked and reissued a lithograph. Here, the artist has hand-colored the image to create a night view and added a full moon into the sky to illuminate the water below. 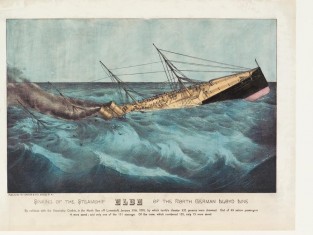 Sinking of the Steamship ELBE of the North German Lloyd Line, Currier & Ives

Ship sinking, only one half still above water. Some people in water some still on deck. Only ship in view. 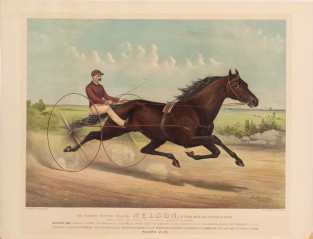 Trotting horse and driver on track - bred, owned and driven by C. H. Nelson, Waterville, ME. Statistics of race… 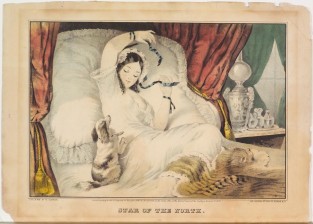 Star of the North, Nathaniel Currier

Woman reclining in her bed against pillows, wearing a white gown, teasing her dog with ribbon in her hair. Red…