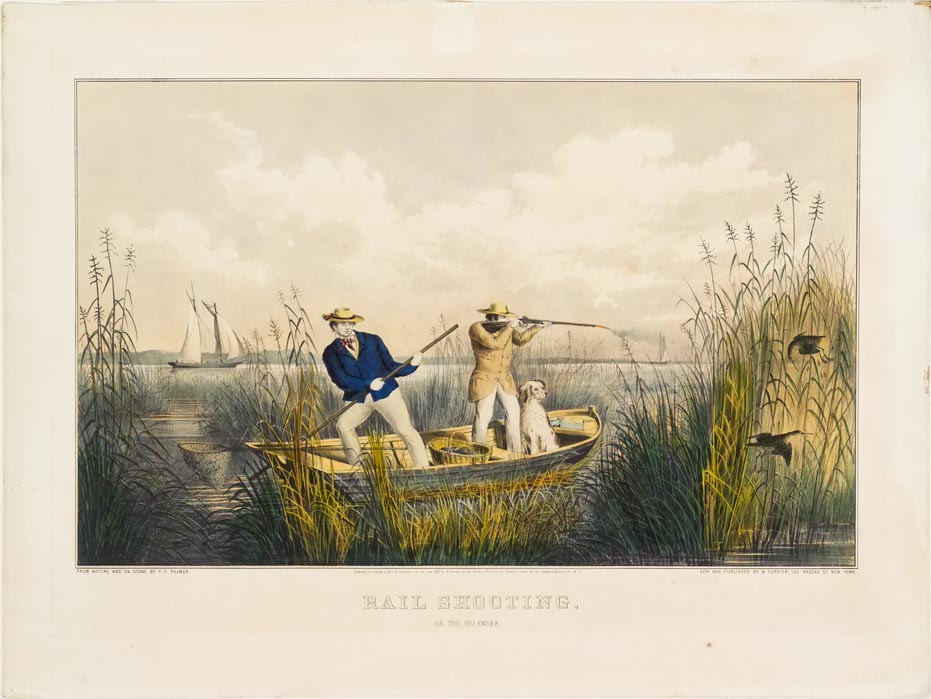 Two hunters, in canoe with dog and ducks.

In this scene, two men and their retriever are in a boat among the reeds of a marsh. A man stands at the front of the boat firing at a bird, the common rail, while the other man poles through the shallow water. The rail was a popular game bird, especially for the novice hunter, since its flight was slow and steady. Serious hunters of the 19th century, however, believed that the bird was too small, too tame and too easily killed to present a worthy “challenge. Frances (Fanny) Palmer was an avid outdoors enthusiast and often accompanied her husband on hunting trips. Palmer sketched her experiences and Currier & Ives often used the drawings, as in this work. It is noted that the image was “from nature.” Companion prints to this lithograph include “Woodcock Shooting,” Partridges Shooting” and “Wild Duck Shooting. “ 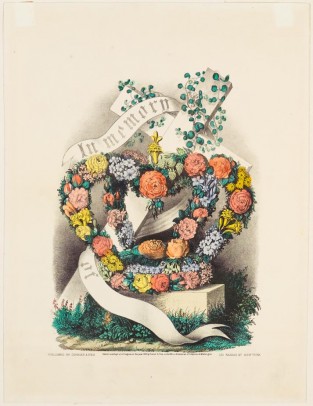 In Memory Of, Currier & Ives

Cross with flowers at center. Flower garland in shape of a heart. 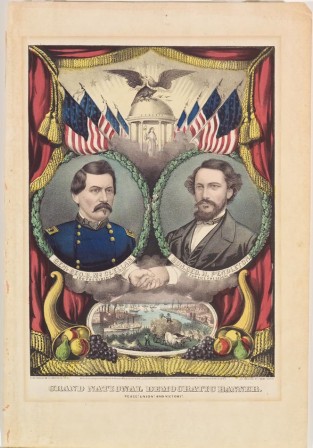 Two round portraits at center bordered in oak leaves with a pair of hands shaking below center. Round on left… 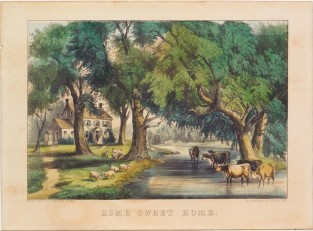 Pastoral scene of house alongside brook with sheep on left bank and cattle wading in stream on right in image.…