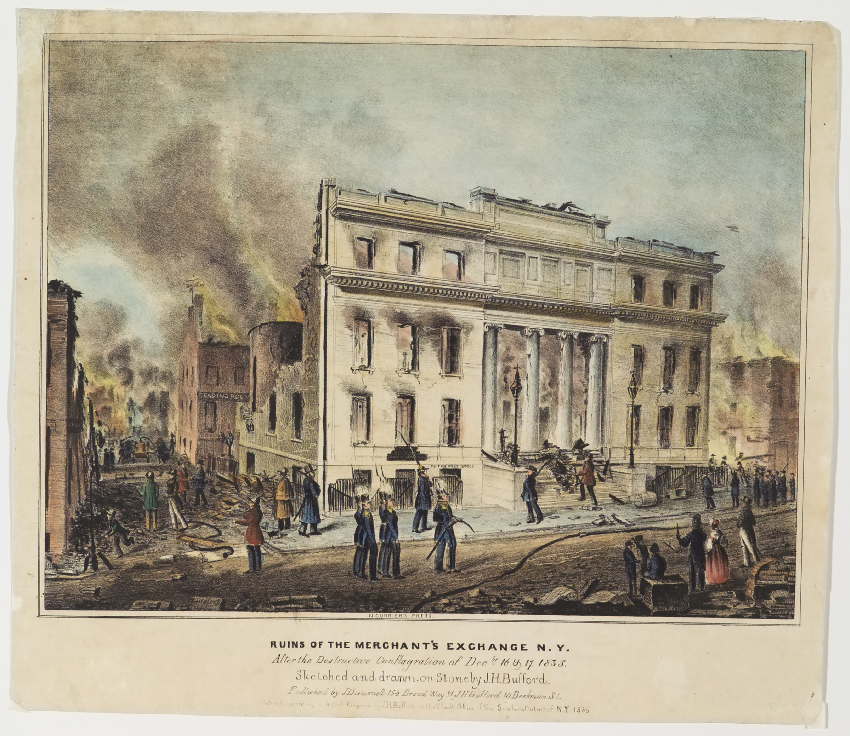 Lithographed by Nathaniel Currier American, 1813-1888 After John H. Bufford American, 1810-1870 In 1835, Nathaniel Currier created a sensation with this lithograph illustrating the fire that destroyed New York City’s business district. The image, printed in the local newspaper, accompanied a long article about the disaster. Prior to this, illustrations of the news were uncommon. In only four days, Currier produced thousands of copies of the print in an attempt to satisfy the demand. Realizing his customers’ interest, Currier created several more disaster prints and began to publish inexpensive lithographs illustrating local and national happenings. By 1840, he had gained a reputation as an accomplished lithographer and expanded his business to decorative images. 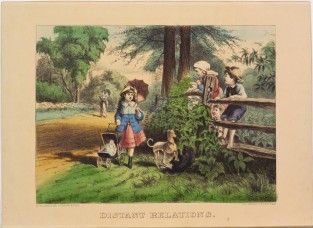 Pastoral scene - children along fence at right watching girl with dog and doll in carriage walk by. Woman in… 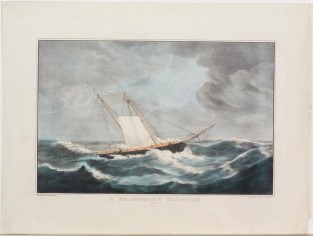 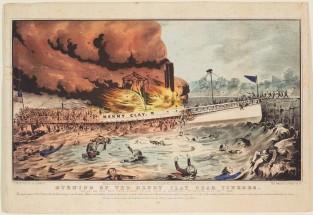 Burning of the HENRY CLAY near Yonkers., Nathaniel Currier

HENRY CLAY sailing to the right and ablaze. Passengers are floating in the water and jumping off the ship.