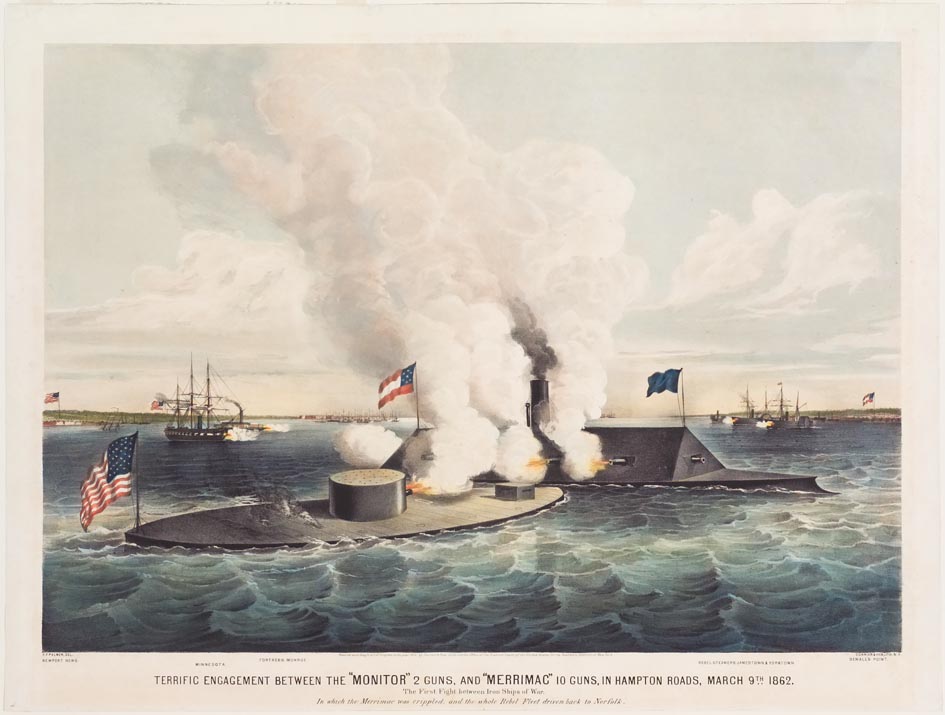 The military experienced great advancements during the Civil War. Soldiers were armed with better firepower and the Navy was equipped with faster vessels and experimented with torpedoes, submarines and ironclad ships. Ironclads were wooden hulled ships clad with thick iron armor. Perhaps the most well known ironclad ships were the Confederate Merrimac and the Union Monitor. On March 8, 1862, the Merrimac sailed up the James River and attacked a blockade of Union ships. She rammed and sunk the steamship Cumberland and then attacked the frigate Congress. The next day, the Monitor arrived to protect the Union ships. The Monitor was faster and easier to maneuver, but the Merrimac was bigger, stronger and carried more guns. For several hours, the two ironclads fired their canons back and forth in an epic battle. Each vessel sustained many direct hits without suffering crippling damage and the battle ended as a draw, proving the technology of the ironclad. The clash between the Monitor and the Merrimac was the sort of event on which Currier & Ives capitalized. Not only was the battle dramatic, but it also included a new type of battleship that the public had yet to see. Currier & Ives, knowing that most of their business was from the Union public, cited the battle as a victory for the North. 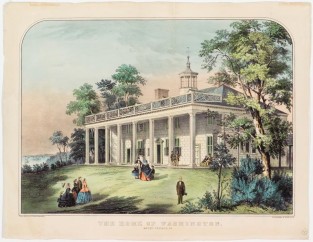 Mount Vernon to right in image. Visitors on porch and on grounds in front. Top of image, not print itself,… 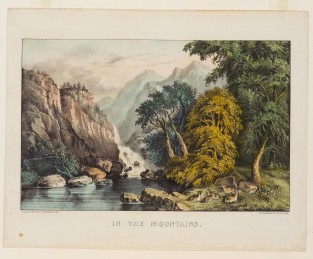 In the Mountains, Currier & Ives

Waterfall in center, cliffs to left, wooded area to right. On right in foreground cluster of deer - four sitting,… 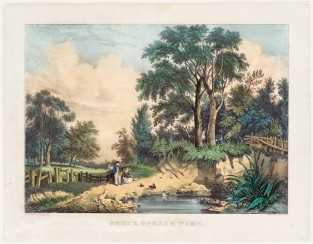 Pastoral scene - couple (he standing,s he sitting and feeding ducks) along a river's edge. Bridges either side.