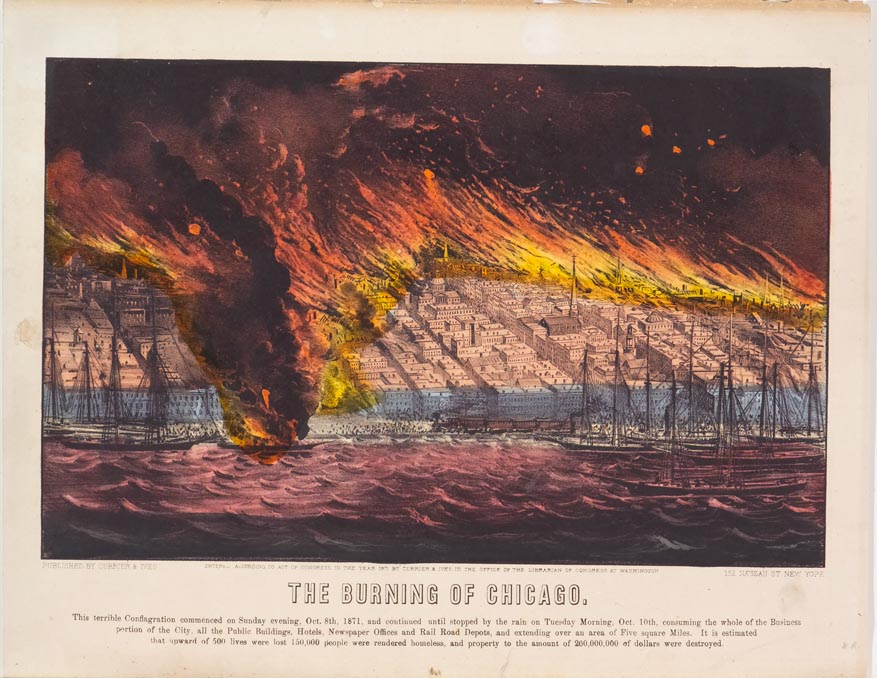 View of city from water while building and a ship go up in flames. Narrative under title.

Currier & Ives recorded many catastrophes like the Great Chicago Fire, one of the largest disasters in the United States during the 19th century. Fire was a serious problem in American cities where buildings were built close together and constructed of highly flammable materials. The two-day Chicago fire began on the evening of October 8, 1871, and destroyed several square miles of the business district of the city, killed 500 residents, rendered 100,000 people homeless (out of 300,000 residents) and caused $200 million in property damage. Currier & Ives documented the fire at the height of its fury, with red flames licking the buildings and black smoke, fanned by high winds that evening, blowing through the dark night. The magnitude of the event is further emphasized by the absence of people in the print. The residents of Chicago proved to be helpless against the blaze and the fire finally burned out because of a rainstorm. The citizens immediately began to rebuild the city and 22 years later, Chicago hosted 21 million visitors to the World Columbian Exposition. The blaze was the basis of a song, Old Lady Leary, the first stanza of which reads: One dark night, when we were all in bed, Old lady Leary lit a lantern in the shed, And when the cow kicked it over, it winked its eye and said, There’ll be a hot time in the old town tonight. Fire! Fire! Fire! For many years, it was believed that a cow, belonging to Patrick and Catherine Leary, kicked over a lantern in their barn and began the blaze. In 1997, it was determined that Daniel “Pegleg” Sullivan, who first reported the fire and gave a deathbed confession, was trying to steal milk from the barn in order to make “whiskey punch,” and probably began the fire with his pipe. 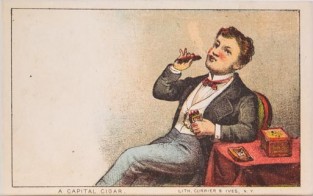 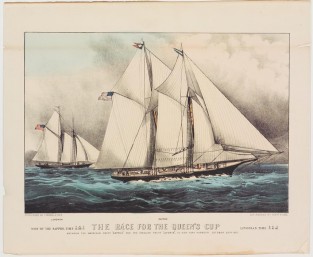 The Race For The Queen’s Cup, Currier & Ives

Two ships sailing to right in image, one in background; both flying American flag off left end ship. Statistics on… 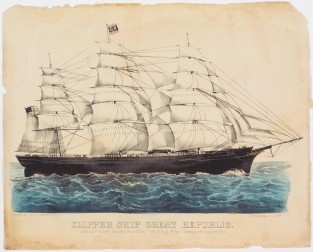