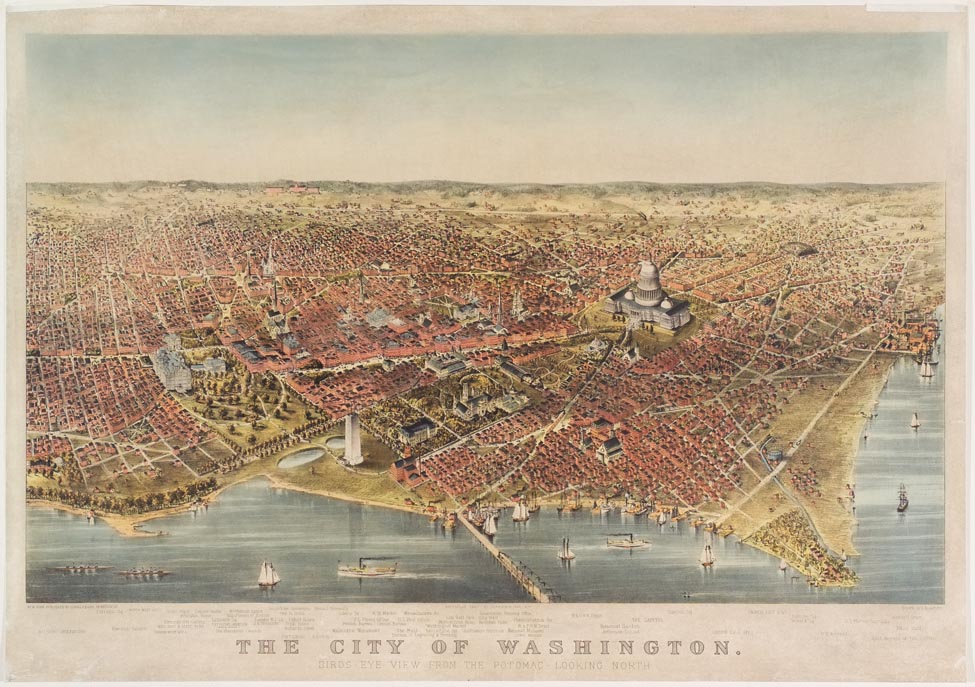 Charles Parsons, who with Lyman Atwater formed Parsons & Atwater, created designs for Currier & Ives over a thirty-year period. Parsons sketched large detailed maps of all the major American cities and found that customers especially liked to view a metropolis from a bird’s eye perspective. Currier & Ives frequently issued new editions of the maps as the skylines of the cities changed. Here, the Potomac River is shown in the foreground, the Capital Building stands in the center and the half-built Washington Monument is located in the left center foreground. An 1892 print of the same view shows the Washington Monument completed. 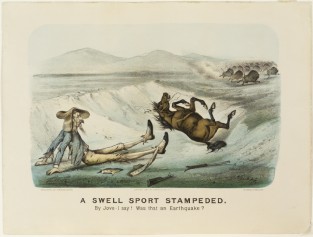 A Swell Sport Stampeded. By Jove-I Say! Was That An Earthquake?, Currier & Ives

Man thrown off horse sitting up to left in image with saddle over head, rifle snapped in two and horse… 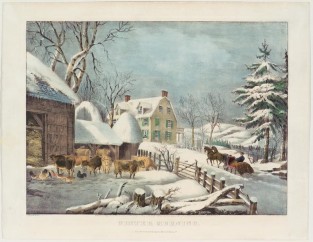 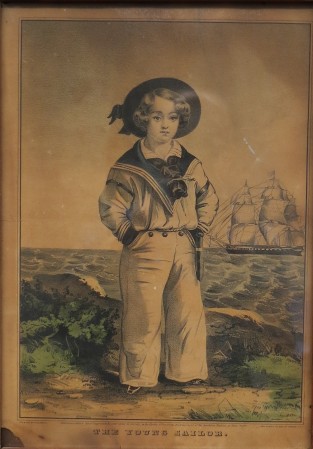