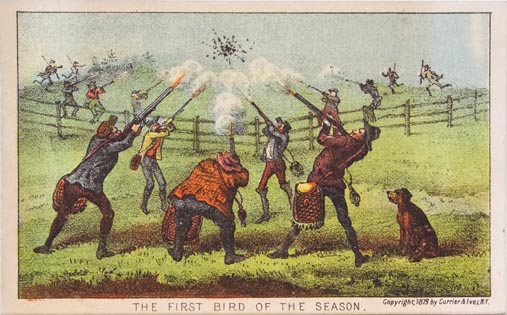 From the Inventory Listing of Sidney A. Alpert “First Bird Of The Season, The/ 1880 – TC “

Currier & Ives produced an estimated 200 different trade cards. The cards were kept in stock and then later imprinted for local businesses that used the cards as advertisements. Many of the cards are smaller, though less detailed versions of prints produced by the firm. 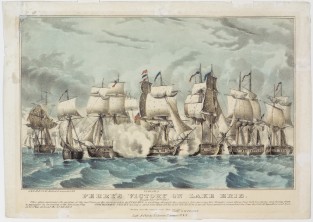 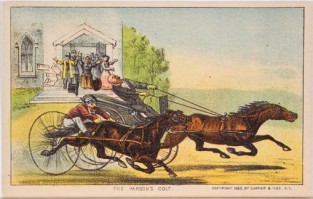 Trade Card: Two men racing one another, one driver and trotter and one in carriage. Group of people behind cheering. 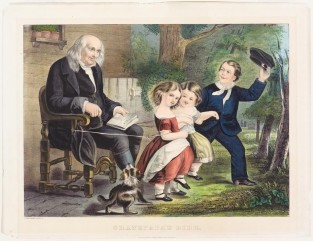 Elderly man seated in a chair outside of house watching three children and dog play in front of him. Currier…