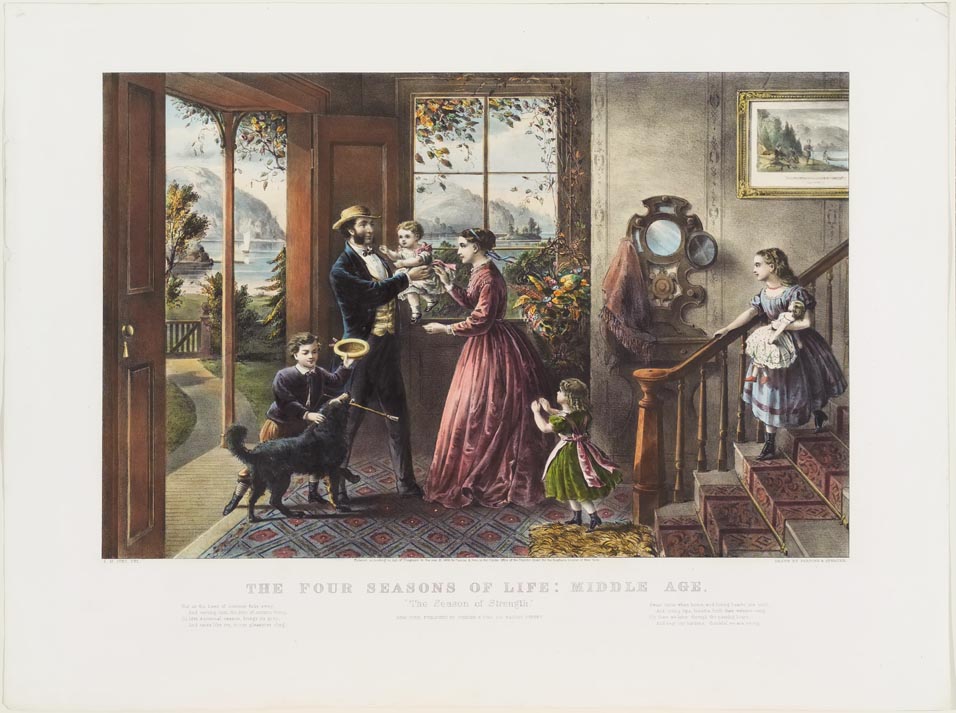 Family in foyer of house; Dad just returning. Narrative poem to left and right of title.

After Charles R. Parsons American, 1821-1910, and Lyman W. Atwater American, 1835-1891 In the last two prints of the series, both interior scenes, Currier & Ives present images of a successful and happy middle-class family. In Middle Age, a father returns home to his welcoming family. A Currier & Ives print decorates one wall of the home. By producing domestic interior scenes such as these, Currier & Ives helped to direct the proper way of interior decorating. One year after these prints were published, Catharine Esther Beecher and Harriet Beecher Stowe wrote American Woman’s Home to explain and illustrate the correct way of managing a household. It was believed that appropriate household decorations, including lithographs produced by Currier & Ives, helped fashion a healthy domestic culture and thus fostered positive human character. According to the sisters, “The great value of pictures for the home would be, after all, in their sentiment. They should express the sincere ideas and taste of the household and not the tyrannical dicta of some art critic or neighbor.” 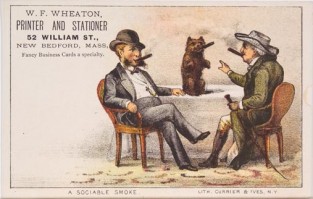 Trade Card: Two men sitting around a table smoking a cigar. Animal sitting on table between them also smoking a… 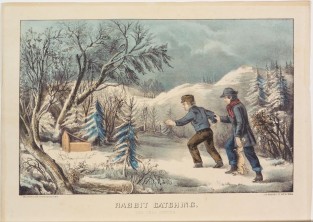 Two men (one to right carrying a rabbit) walking up snowy path into wooded area to check trap. 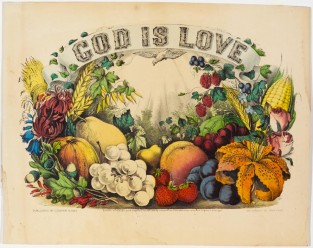 Fruit, flowers, nuts and vegetables. A dove in upper center.