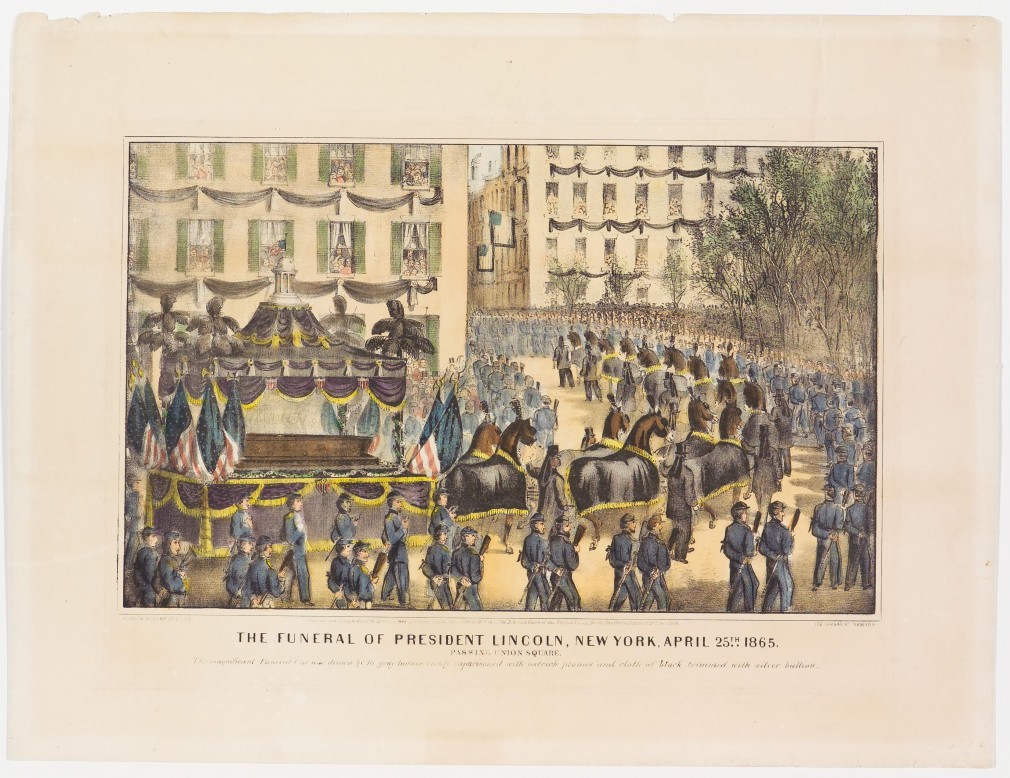 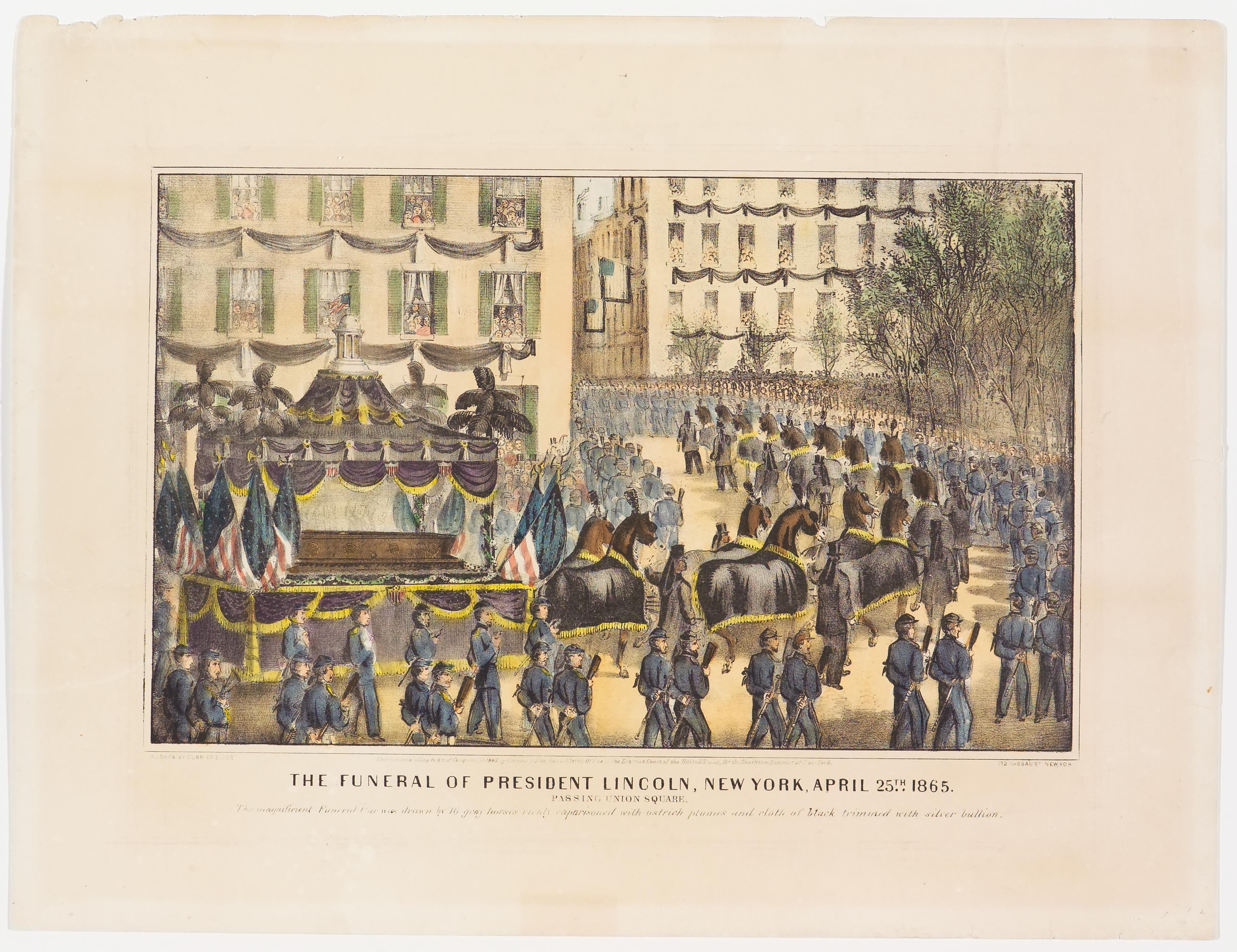 The nation mourned the death of President Lincoln deeply. After lying in state at both the White House and the Capitol, Lincoln’s body was transported to the railway station where it began a 1,700-mile journey back to the President’s native home is Springfield, Illinois. The nine-car funeral train stopped in 11 cities along the way and over a million citizens paid their respects to the fallen leader. On May 4, 1865, Lincoln was finally laid to rest. This print shows the many pairs of horses used to draw the funeral coach through the crowded streets. American soldiers occupy the foreground and the faces of mourning citizens can be seen watching the procession from the windows of the buildings in the background. 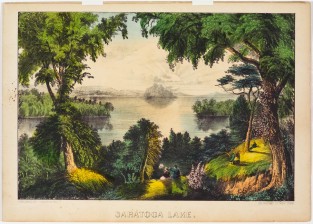 Lake scene with sun rising center background. Couple lower center on riverbank - he in blue suit, she in pink… 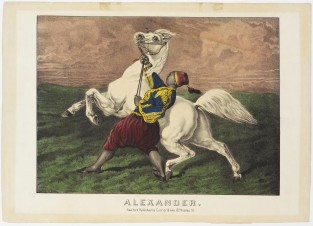 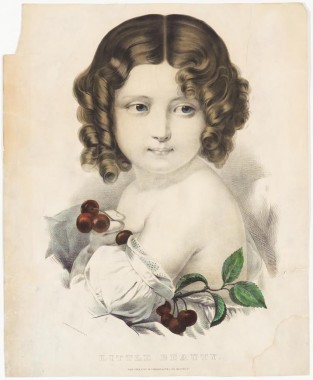 Young girl looking to right in image, cluster of cherries in hand.