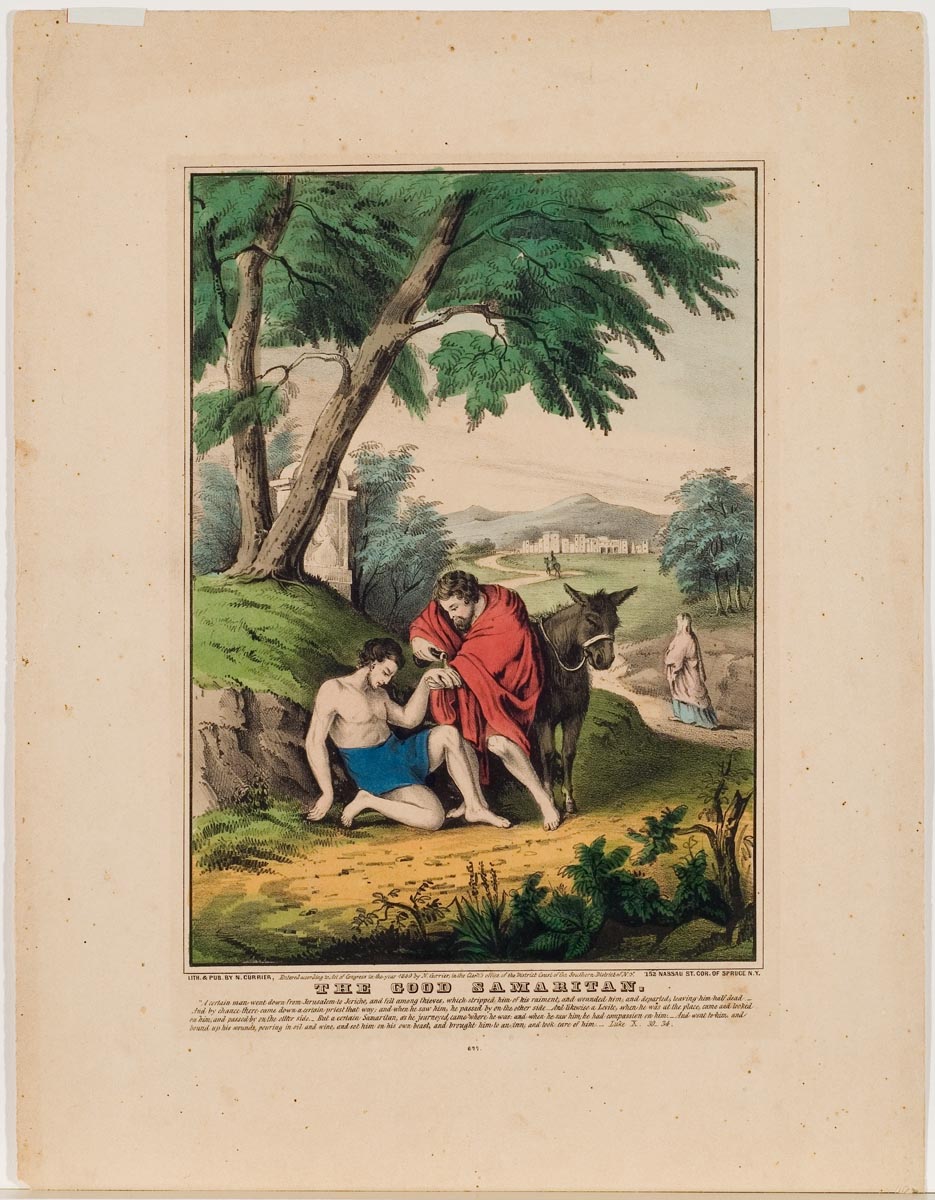 Man in red cloak aside donkey aiding another man resting against hillside wearing only his raiment (a waist to knee covering). Village in right background. Catalog No. (?) “677” bottom center.

Remainder of title: A certain man went down from Jerusalem to Jericho, and fell among thieves, which stripped him of his raiment, and wounded him, and departed, leaving him half dead.-
/ And by chance there came down a certain priest that way; and when he saw him, he passed by on the other side–And likewise a levite, when he was at the place, came and looked / on him, and passed by on the other side.-But a certain Samaritan, as he journeyed, cam where he was: and when he saw him, he had compassion on him.-And went to him, and / bound up his wounds, pouring in oil and wine, and set him on his own beast, and brought him to an inn, and took care of him- Luke X. 30-34.
Additional signature information: 152 Nassau St. cor. of Spruce N.Y., lower right corner (complete signature line in capitals)

This image illustrates an early Christian parable. In the story, a man traveling from Jerusalem to Jericho is attacked by thieves. They strip him of his clothes, kick and beat him and leave him at the side of the road. A priest and a Levite both pass the man without assisting him. A third traveler, a Samaritan, takes pity on the injured man and tends to his wounds. He brings the man to the nearest inn, stays with him through the night and leaves money with the innkeeper so that the man will be further assisted. The story was used to remind people to treat others with kindness. 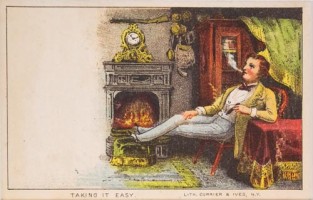 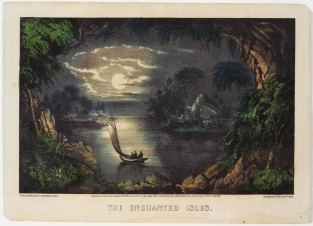 Moonlit scene. Three people in sailboat center foreground on river. Woman in red dress; men appear to be in blue.… 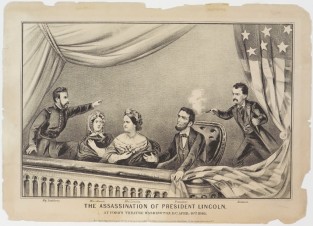 Abraham Lincoln to right of Mrs. Lincoln seated in balcony box. Lincoln is being fired upon at the back of…