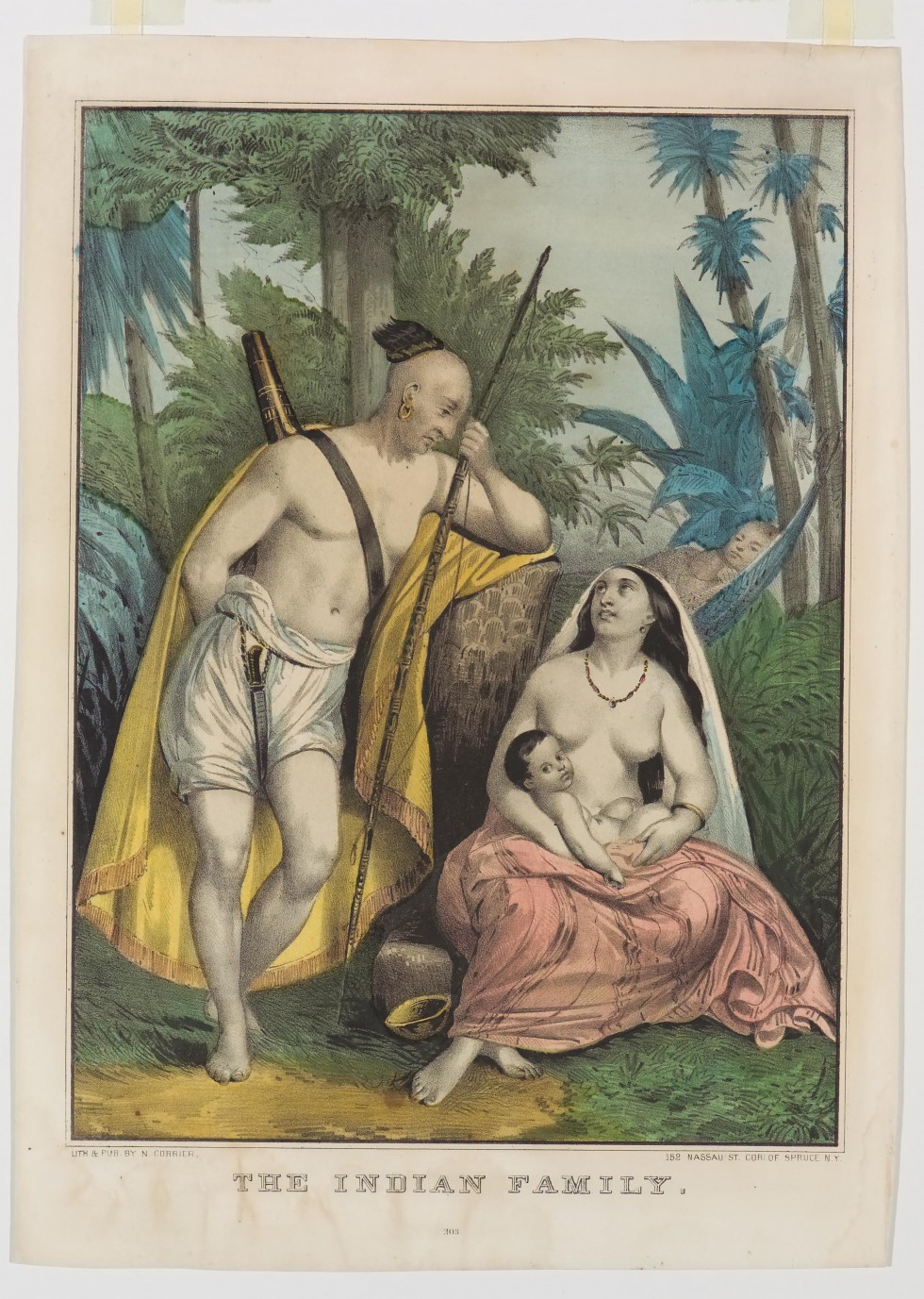 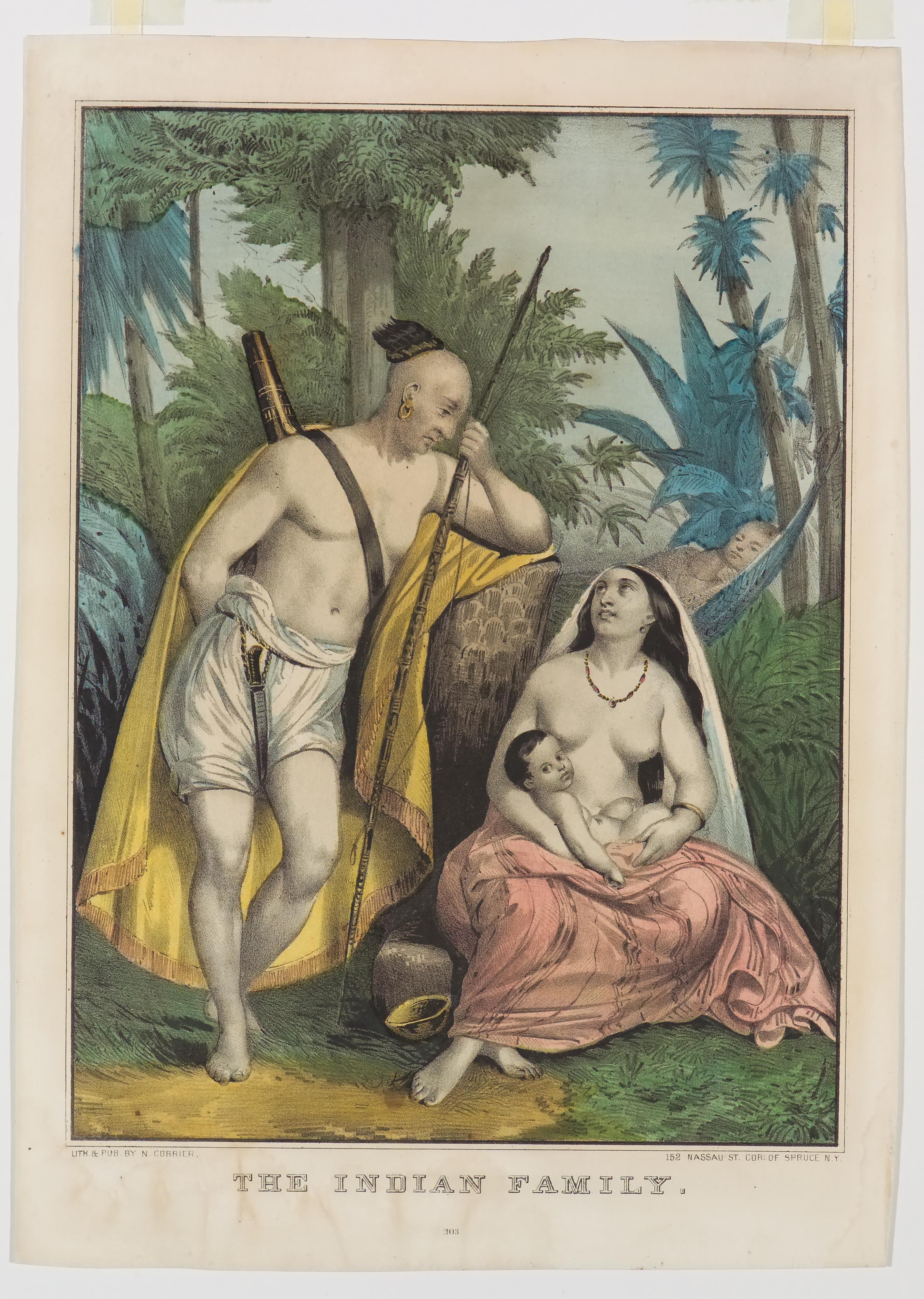 Male to left with bow in proper left hand; female sitting with child in arms, another child asleep in hammock behind.

Native Americans and their lifestyle possessed a charm and intrigue during the period of Westward Expansion (1807-1912). Artists satisfied Eastern curiosity for representations of Native American culture. Currier & Ives, always aware of trends within the art world which appealed to their audience, created over 50 images with Native Americans as the theme. Although interactions with Native Americans were turbulent during this period, Currier & Ives often produced dignified portrayals meant to romanticize the Native way of life. The Indian Family is an excellent example of a print depicting an idealized life, with people living simply and in harmony with nature. The man and woman represent the strong family values at the center of many Currier & Ives prints. Standing confidently with his gear, the man is at ease in the natural world. To his side sits a woman, a bowl at her feet with a child in her arms and another slumbering behind her. This woman is presented as an ideal female figure and is not dressed in a traditional manner. The unusual depiction of this Native woman, her child and the man at her side in a paradise-like surrounding can be interpreted as religious in nature and is perhaps modeled on The Holy Family. Currier & Ives illustrated the frontier as an untouched Eden, and Native Americans as its innocent and peaceful inhabitants. 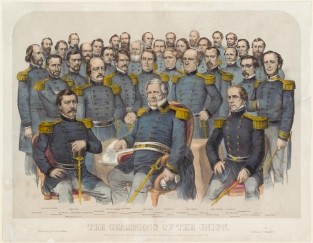 The Champions of the Union, Currier & Ives

Three quarter busts of men in uniform, some sitting at front, others standing behind. They are identified by name under… 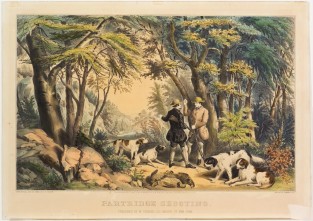 Woodland scene. Two hunters right of center with four dogs and cluster of three partridge on ground in front. 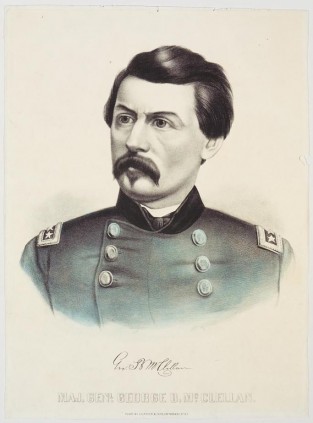