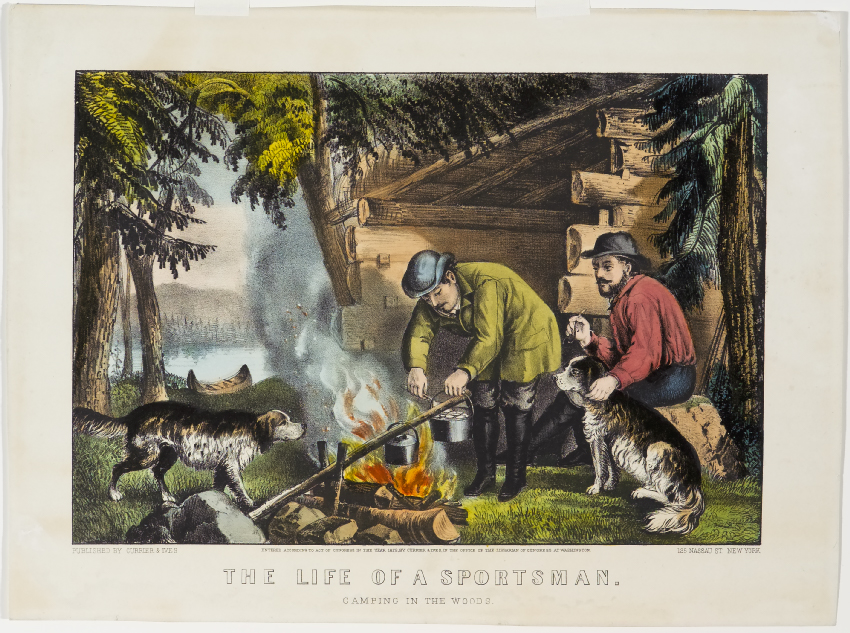 Two men sitting outside log cabin cooking on campfire. Two dogs with them. Canoe on riverbank to left in background. 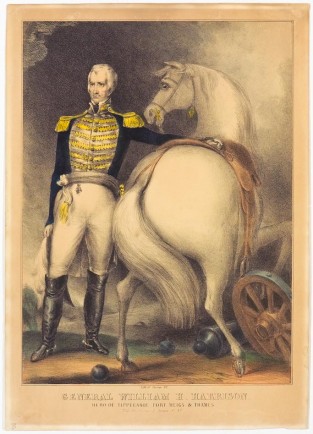 General, facing viewer, standing to left of his white horse. Horse standing in to background but facing back to general… 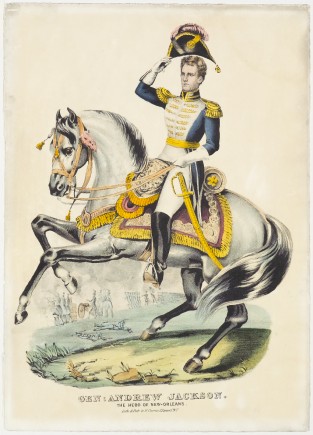 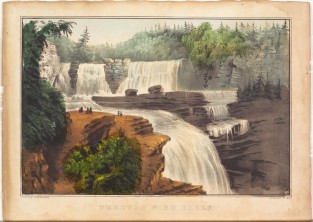 Falls at center of image. Woods surrounding. Six figures standing on ledge to left of falls.