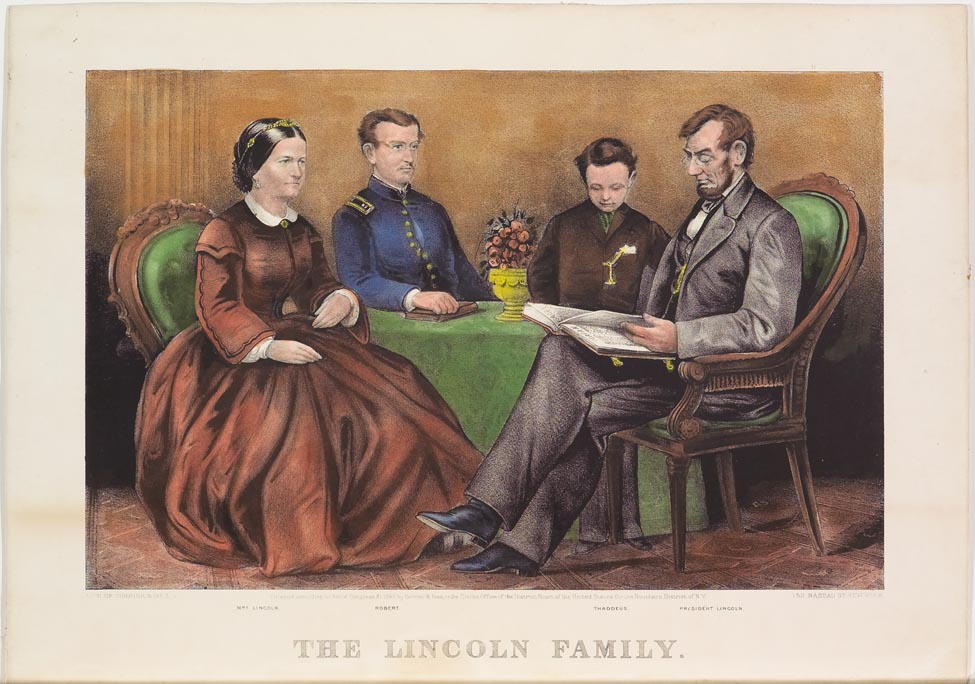 Abraham Lincoln was the 16th President of the United States. He was the subject of many prints created by Currier & Ives and is seen here in a family portrait. Lincoln was a tragic and often misunderstood historical figure. Before his assassination, he was often criticized as a politician and president. With the dawn of the Civil War and the Union in peril, however, he became one of the country’s greatest heroes as he worked to save the nation. Just days after winning the country’s bloodiest war, tragedy befell the President when he was assassinated on April 14, 1865. 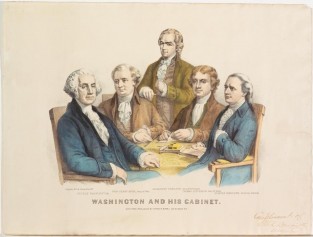 Washington and His Cabinet, Currier & Ives

George Washington and four members of Cabinet seated around table. Print identifies men below image - from left to right:… 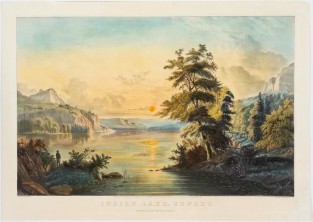 Hunter with rifle standing in lower left looking out over lake watching the sunset. 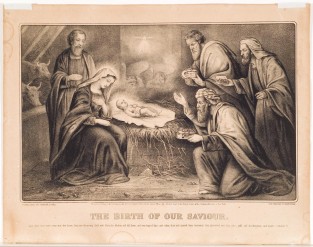 The Birth of Our Saviour, Currier & Ives

The remembrance and re-enactment of the Nativity are central to the Christian celebration of Christmas. The event signified the belief…