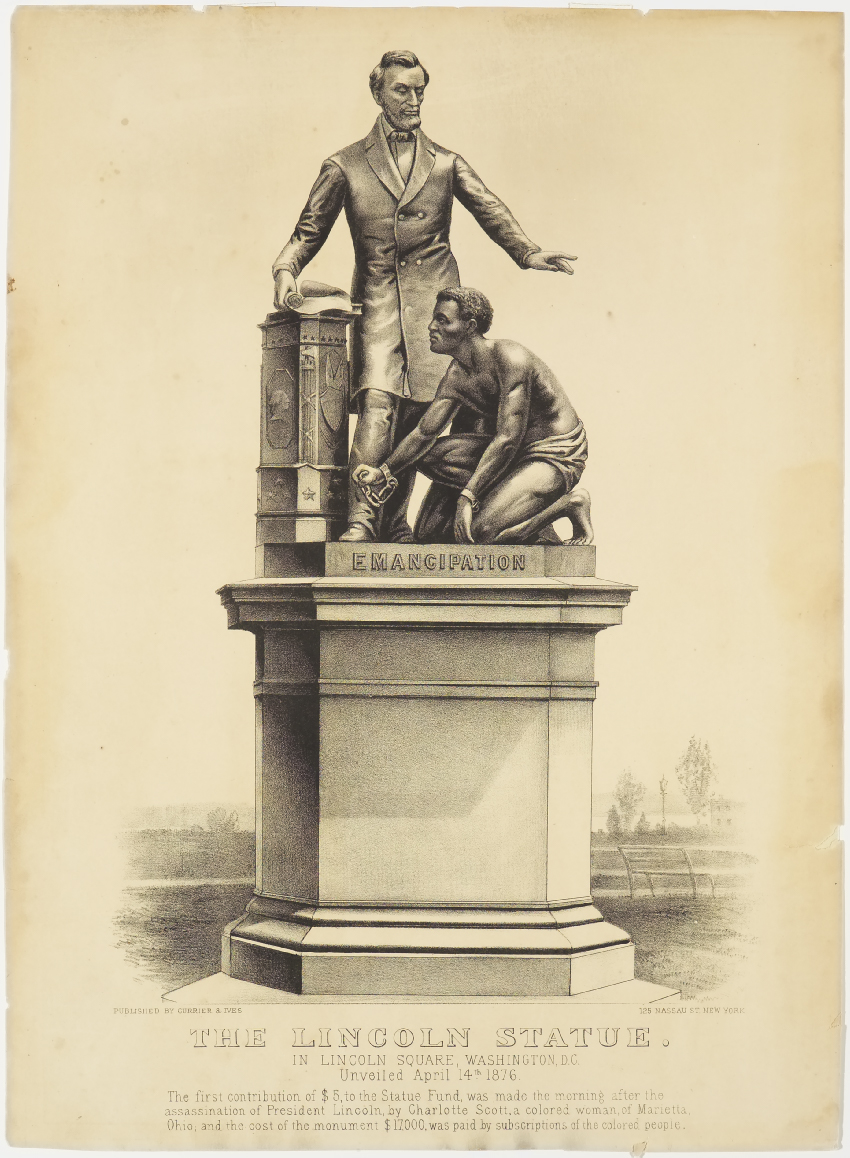 Statue with Lincoln standing and raising his proper left hand over a shackled African American male kneeling before him. “Emancipation” is title on statue.

The Emancipation Memorial, also known as “Freedom’s Memorial” was unveiled in 1876, in Lincoln Park on Capitol Hill. President Ulysses S. Grant, members of Congress and the Supreme Court were all present at the ceremony and Frederick Douglass, a former slave and leader in the abolitionist movement, read the original Emancipation Proclamation. The memorial was created under the initiative of Charlotte Scott of Virginia. Scott donated the first five dollars of her earnings as a free woman toward the project and encouraged other African-Americans to donate in Lincoln’s honor. In the end, the statue was funded entirely by former slaves. Designed by Thomas Ball, it portrays a kneeling man who represents the last man captured under the Fugitive Slave Law. The man, modeled after former slave Archer Alexander, is shown snapping his chains of bondage as Lincoln presents the Emancipation Proclamation. 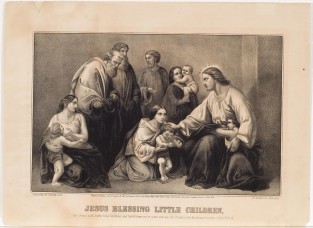 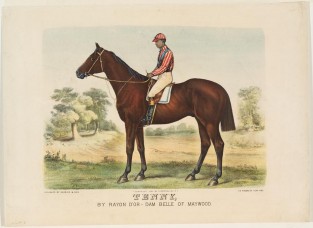 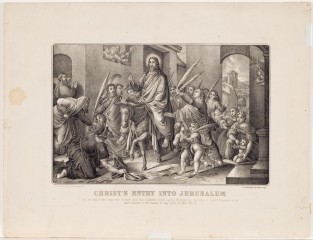 Christ atop a horse at center. Crowds gathered and following behind him. Women and children right background. Remainder of title:…