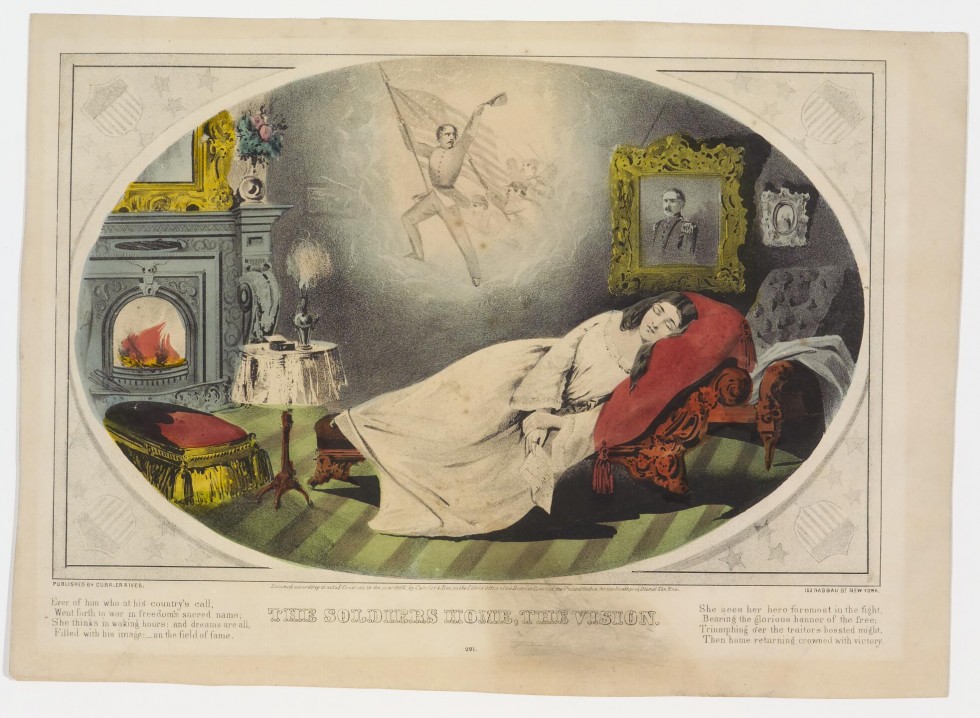 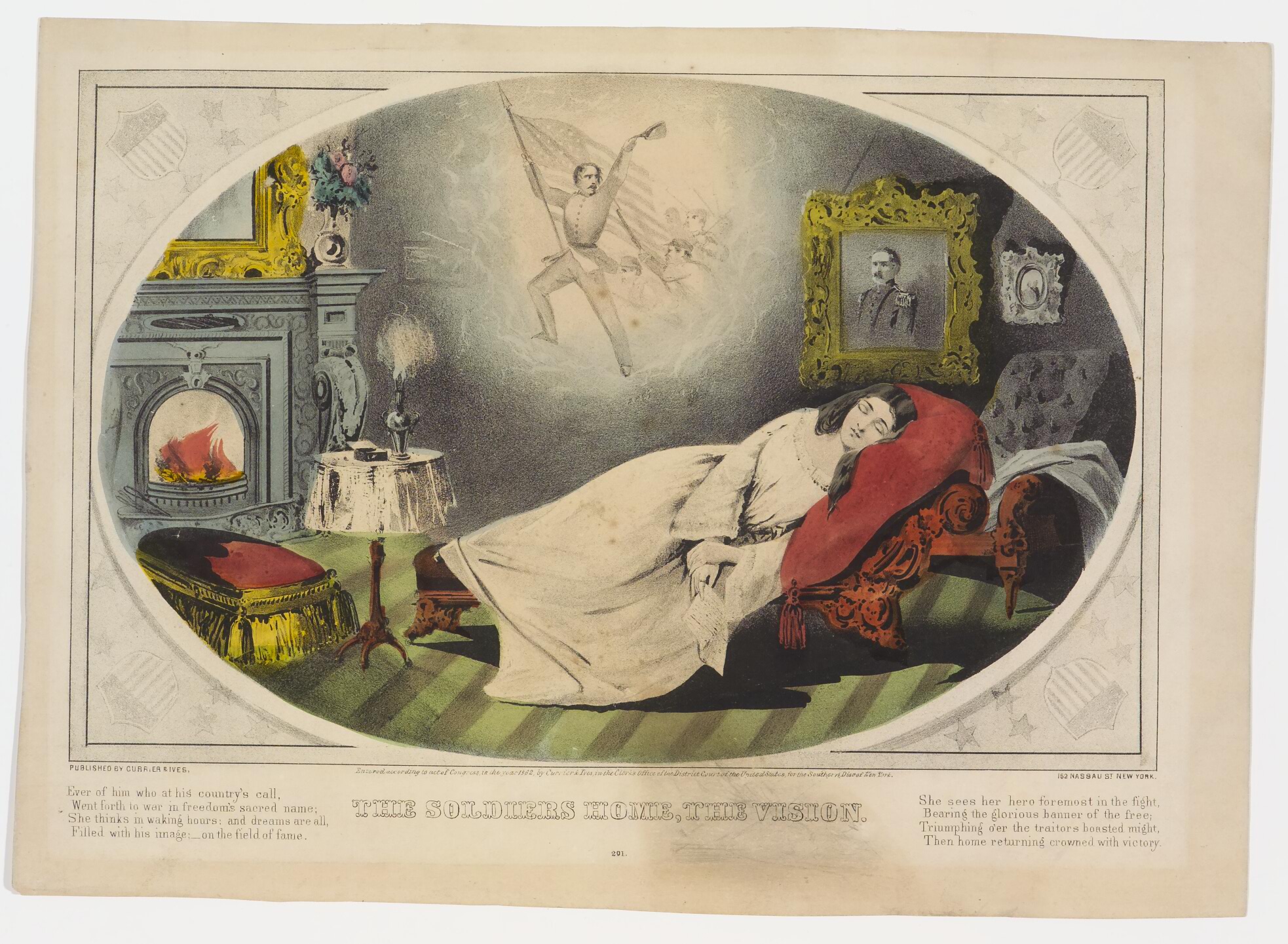 The notion of a soldier as a hero and a savior of the nation is reinforced in this image, a companion print to The Soldier’s Dream of Home. The scene depicts a loyal soldier’s wife dreaming of her brave husband gallantly leading his fellow patriots into battle. He carries the American flag, a symbol of the Union, emphasizing the patriotic character of the print. 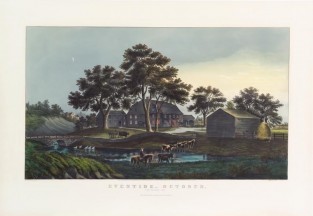 Evening pastoral. Man on horse lower foreground herding cattle across brook to farm yard. House lit from within up on… 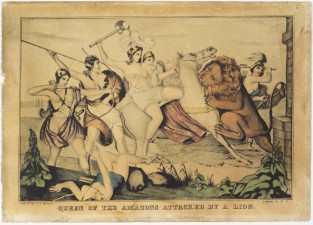 Queen of the Amazons Attacked by a Lion, Nathaniel Currier

Five women standing dressed as warriors attacking lion which has their horse seized by the throat. 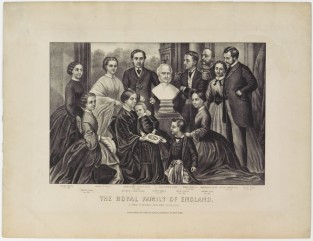 The Royal Family of England. Queen Victoria and Her Children., Currier & Ives

Eleven individuals standing around Victoria and bust of Prince Albert. Black and white