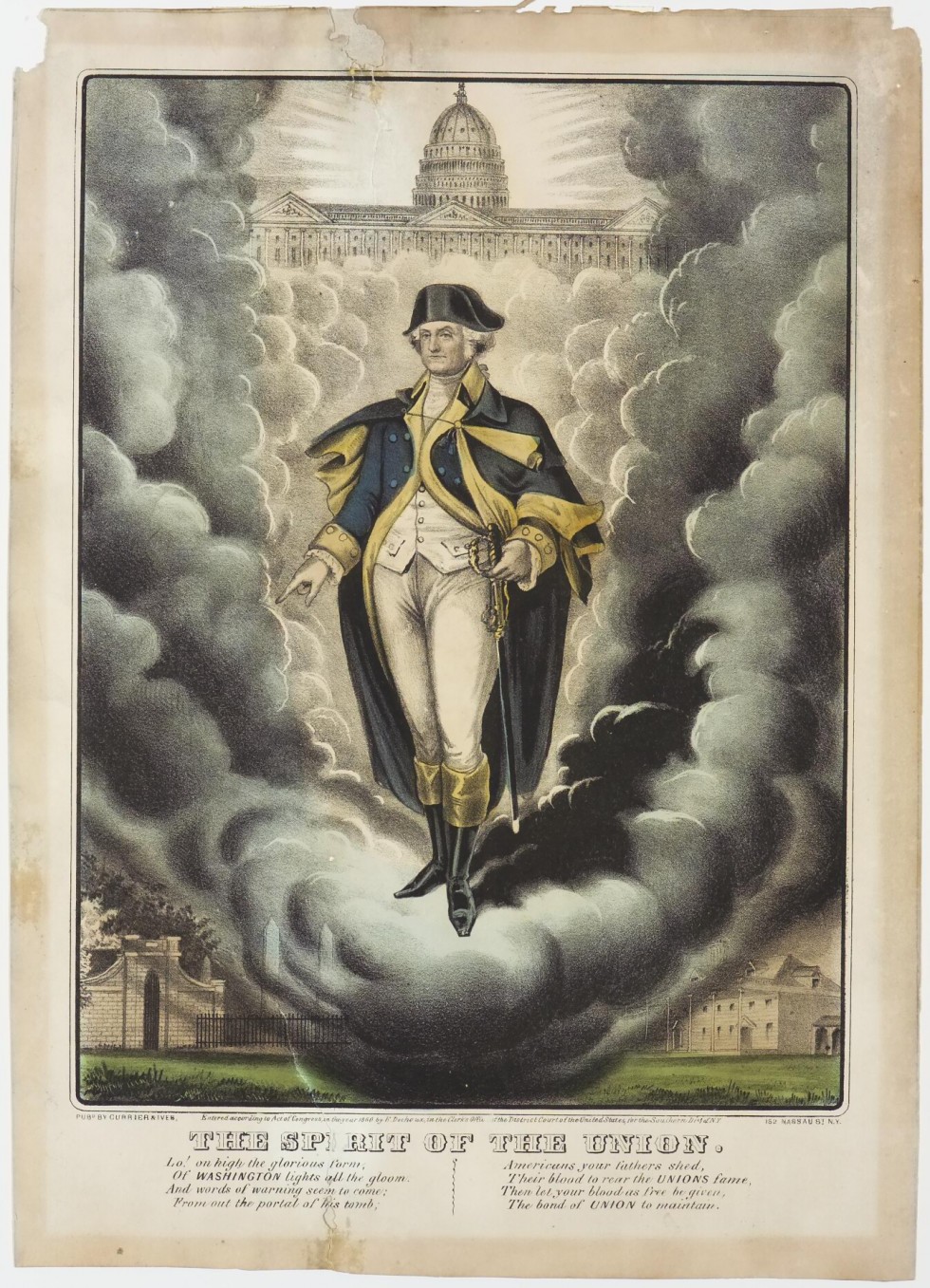 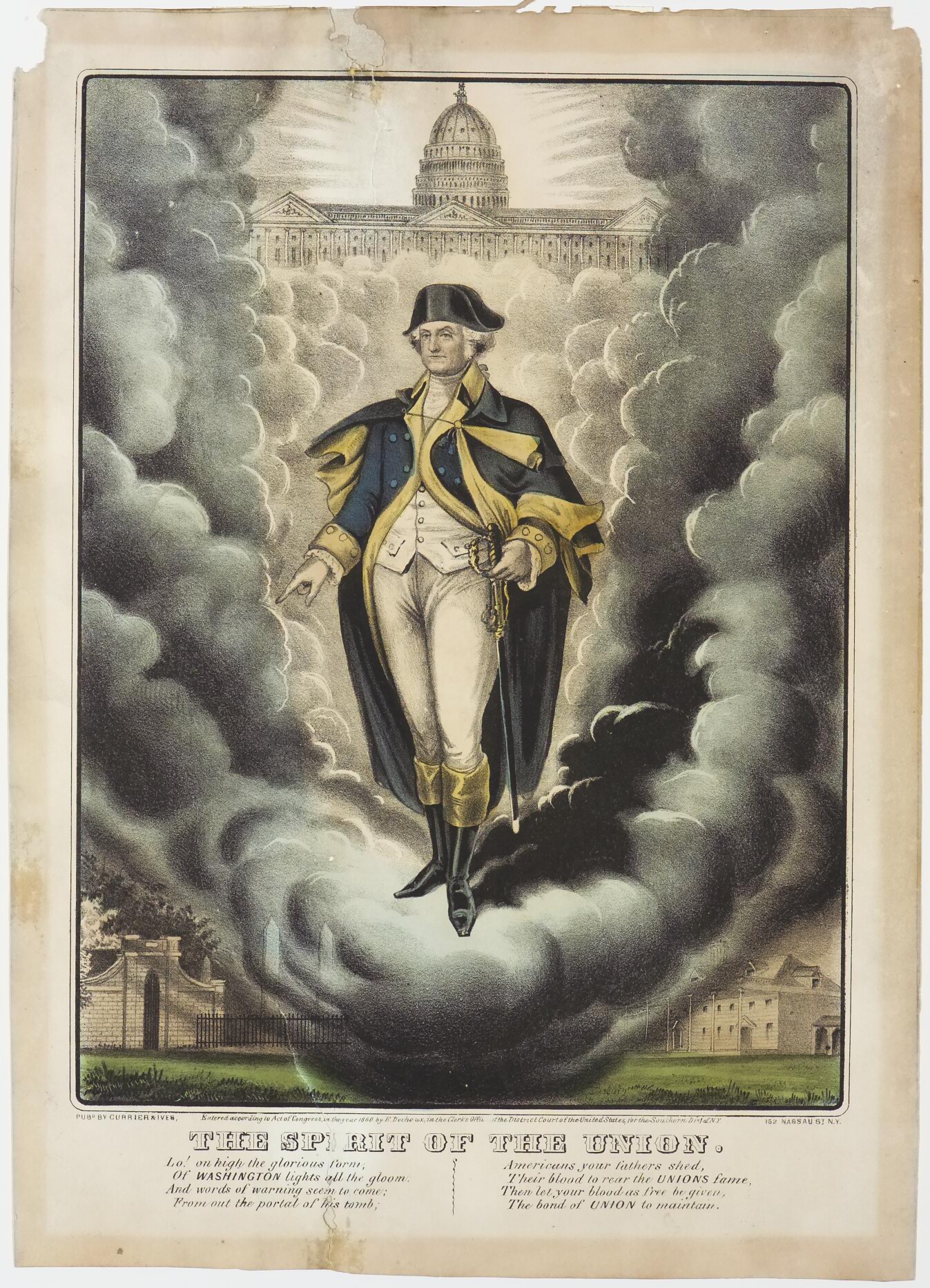 At the dawn of the Civil War, images were created to encourage harmony between the North and South in order to dissuade Southern secession. In this print, George Washington, framed by billowing clouds and flanked by images of Mount Vernon, the Capitol and his tomb, represents a call for peace. A wish for freedom from strife is further indicated by the inscription at the bottom of the print, which reads: Lo! On High the glorious form, Of Washington Lights all the gloom; And words of warning seem to come, From out the portal of his tomb; “Americans your fathers shed Their blood to rear the Union’s fare, Then let your blood as free be given, The bond of union to maintain.” 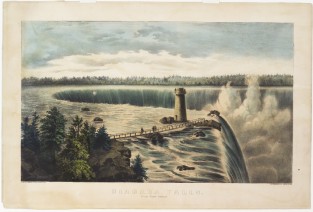 Niagara Falls in background. Tower and bridge at center. Three people walking over bridge. Daylight scene. Duplicate title but a… 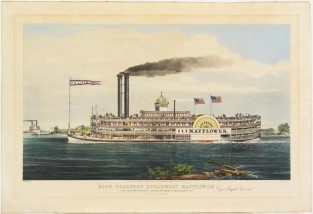 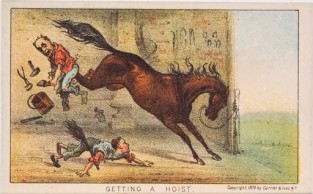 Getting A Hoist, Currier & Ives