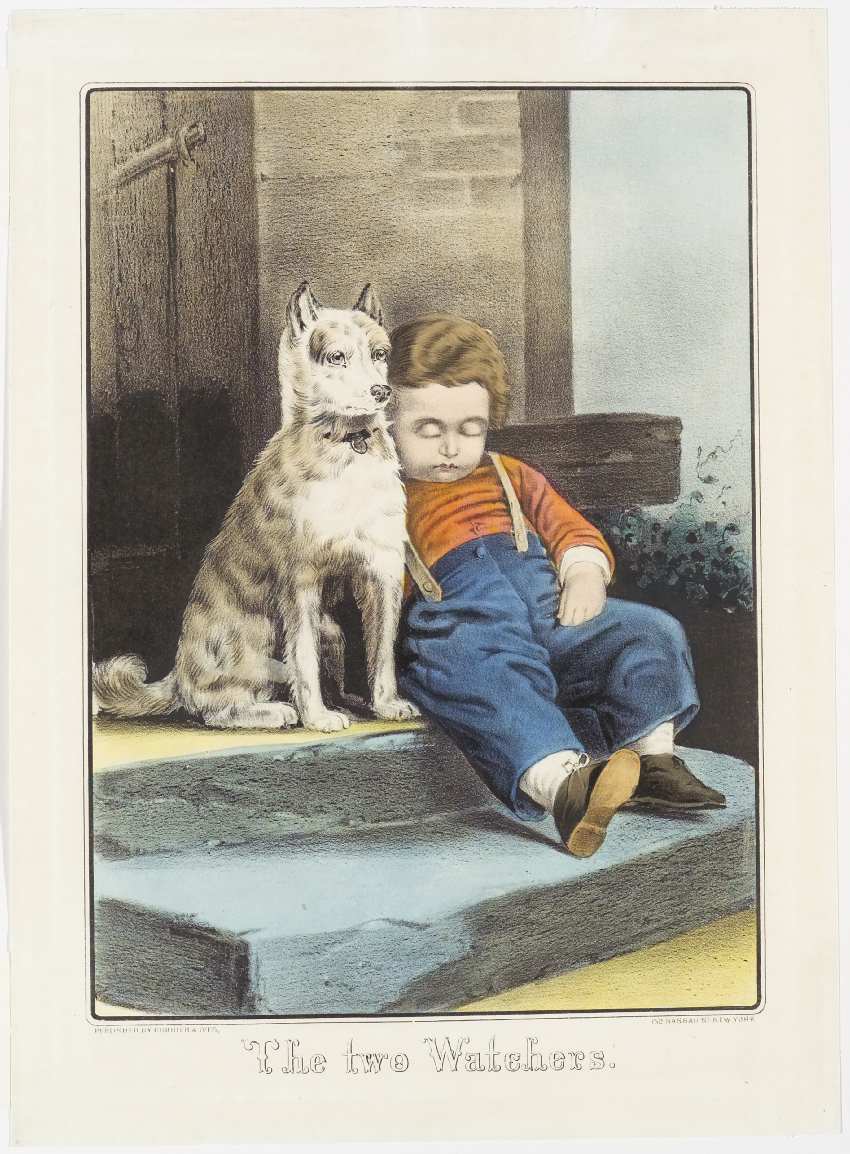 Young boy asleep while sitting on a step leaning back against building. Red shirt, blue pants, suspenders. Dog to his proper right looking out beyond image.

Prints celebrating everyday life were of interest to the American public and humorous narratives of children at play or rest were especially well-received. Depictions of children were especially popular after the Civil War as children symbolized the country’s lost innocence and its future hope. In The Two Watchers, the boy has fallen asleep while his dog stands alert protecting his young charge. 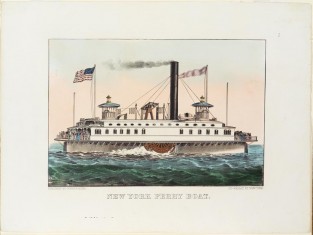 Paddle steamship with American flag flying at left end of ship. Passengers on deck in front and in back. Paddle… 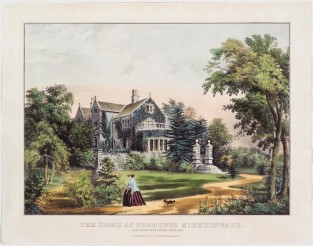 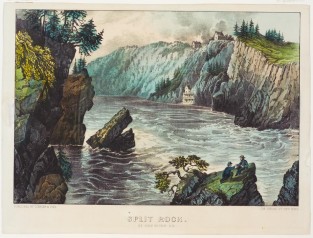 River running down center of image. Cliffs and trees to left. Cliffs and three houses to right. Jutting rock lower…