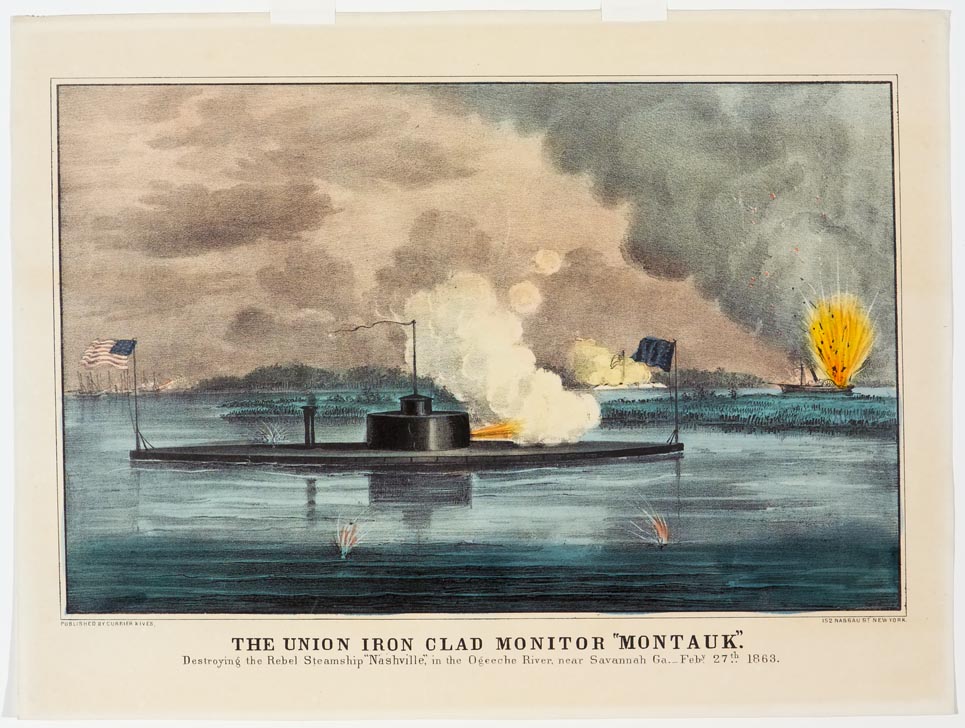 Monitor, at center in image firing on ship off to right in background. Monitor has American flag flying to its left.

The Union Navy was proud of its ironclad warships and the public was fascinated by the ships’ technological advancements and naval victories. Currier & Ives produced “portraits” of several of the most victorious ironclad, such as the Montauk. It was protected by three to five inches of iron siding and was armed with two guns. Here, the ironclad fires across a small island into the far right background for a direct hit on a Confederate ship. 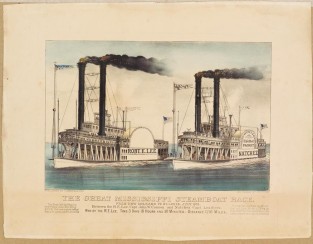 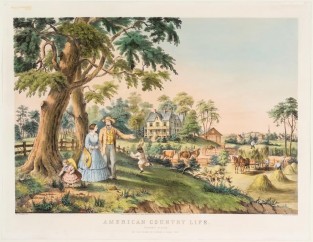 Man, woman and children to left in image. House in background. Pastoral scene of village to right in image. Currier… 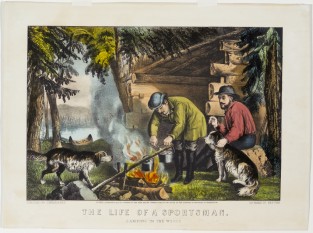 The Life of a Sportsman. Camping in the Woods, Currier & Ives

Two men sitting outside log cabin cooking on campfire. Two dogs with them. Canoe on riverbank to left in background.