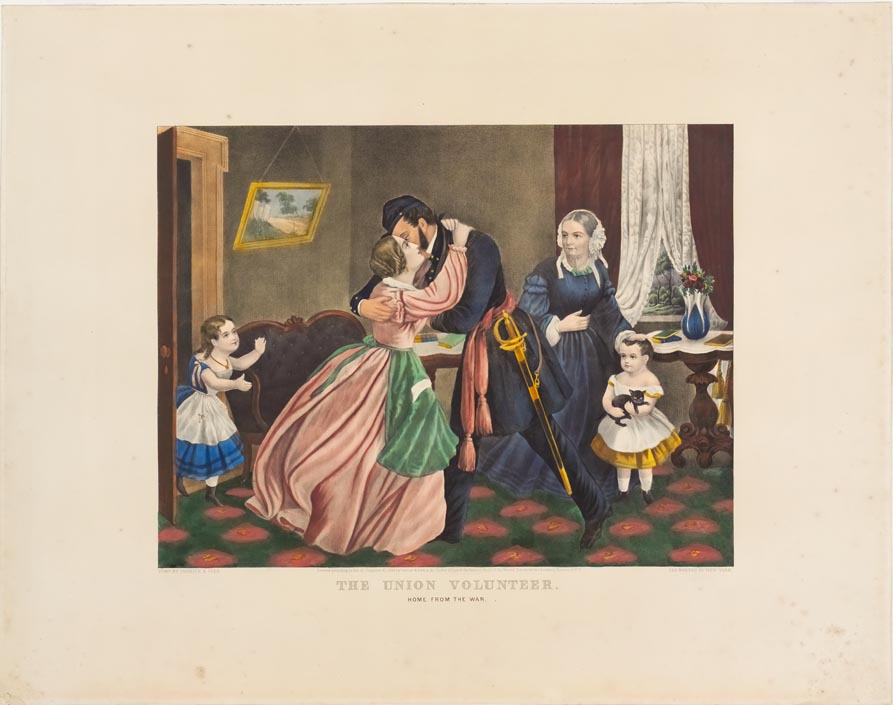 Soldier in parlor being greeted by wife and children.

Currier & Ives depict an overjoyed family as they welcome their soldier home from the Civil War in this companion print to The Union Volunteer. Off for the War. The soldier is now mature and the red sash and saber indicate a military promotion while serving in battle. The details of the print illustrate the passage of time, suggested by the small child who now walks. Furthermore, the winter scene formerly pictured in the window is now changed to a sunny landscape full of lush greenery. A Currier & Ives-style print decorates the wall. The home is a symbol of happiness, peace and harmony.

Trade Card: Two men racing one another, one driver and trotter and one in carriage. Group of people behind cheering. 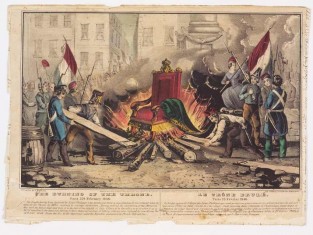 The Burning of the Throne Paris 25th February 1848, Nathaniel Currier

Red throne in center with green stole over arm sitting in center of fire being build by three men. Other… 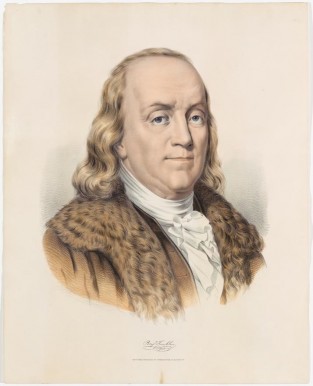 Benjamin Franklin, half bust, no glasses and facing center. Figure sits turned to right in image and brown overcoat has…