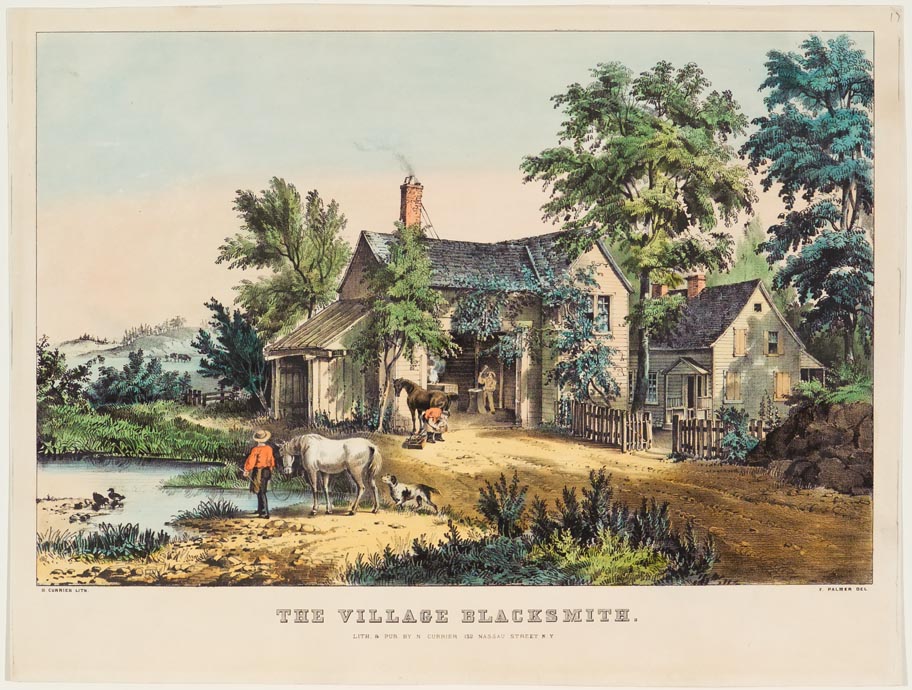 House and shop to right of pond. Blacksmith in shop, horse outside being shoed. Another horse and man at pond to left.

Victorians often decorated their homes with prints showing scenes described by the popular poets and writers of the day. Through their years of production, Currier & Ives issued numerous images inspired by the words of European and American poets, including three different versions of Henry Wadsworth Longfellow’s poem entitled, “The Village Blacksmith,” published in 1840. Fanny Palmer shows the blacksmith at his forge, but this version of the print does not include the children who enjoyed watching the smith at work. Two stanzas from the poem read: “Under a spreading chestnut-tree The village smith stands; The smith, a mighty man is he, With large and sinewy hands; And the muscles of his brawny arms Are strong as iron bands. And children coming home from school Look in at the open door; They love to see the flaming forge, And hear the bellows roar, And catch the burning sparks that fly Like chaff from a threshing floor.” 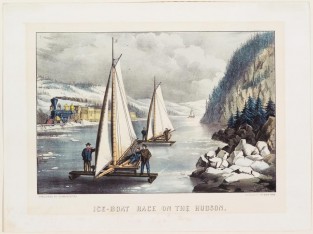 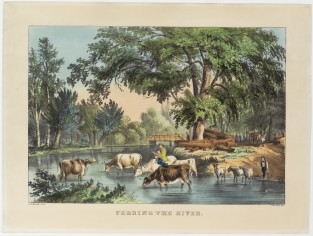 Riverbank scene. Cattle and goats drinking in river. Man and boy on horse in river, wagon approaching right side toward… 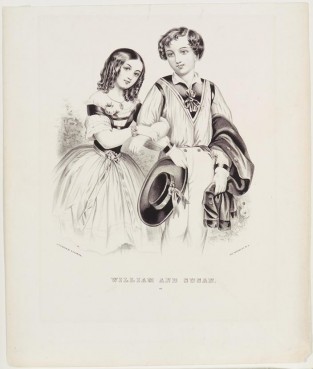 Young couple arm in arm. She to left, he to right holding hat. Both looking out at viewer. Black and…