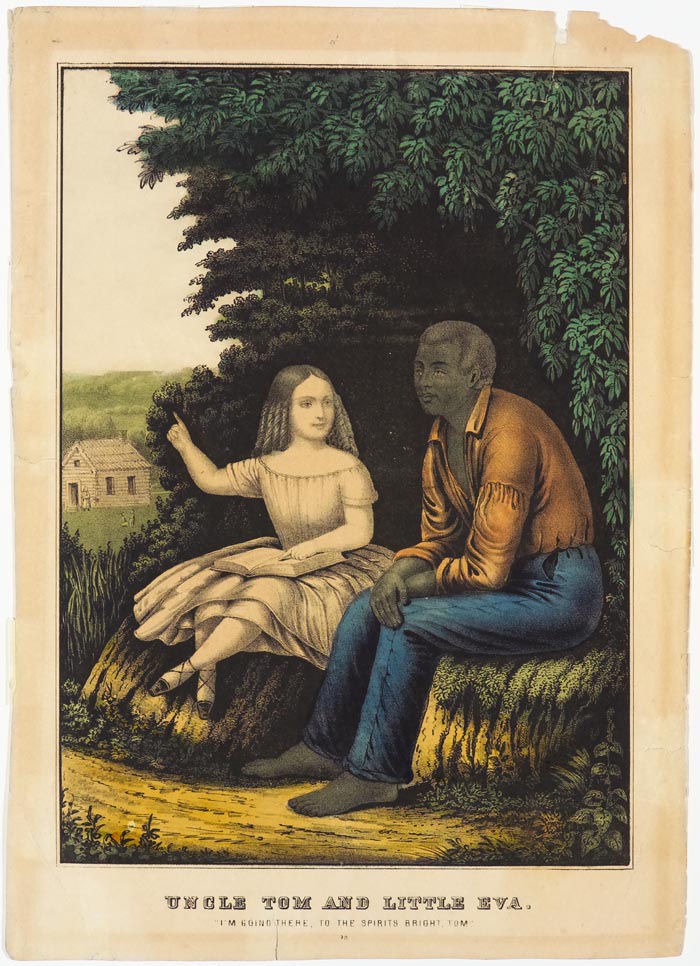 Young girl seated on rock to left of an African American adult male. She is pointing off to her right to a building in the background facing him as she speaks. He’s wearing blue pants and a copper-colored shirt.

Published in 1852, Uncle Tom’s Cabin, an anti-slavery book written by Harriet Beecher Stow, sold three hundred thousand copies within a year. By 1856, over two million copies of the book were distributed and the volume became the best selling novel of the 19th century. Two of the favorite characters among readers were Uncle Tom, a slave, and Little Eva, a white child who Tom rescues from drowning. The book elicited world-wide support and sympathy for African-American slaves and set the stage for discussion that would eventually lead to the Civil War. Taking advantage of the popularity of the book, Currier & Ives produced several prints that featured Tom and Eva, including this one where Eva, terminally ill, discusses seeing Tom later in heaven. 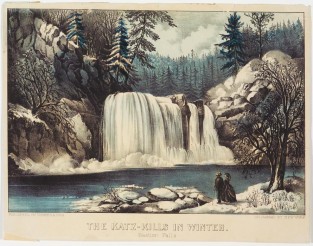 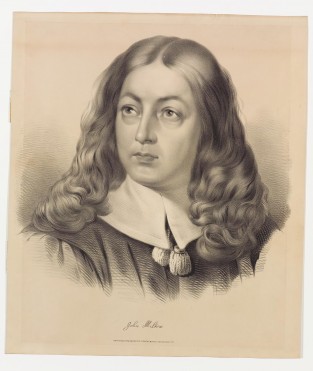 Black and white sketch of man with shoulder-length wavy hair facing to left and up in image. 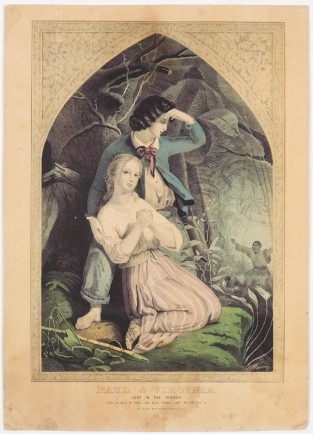