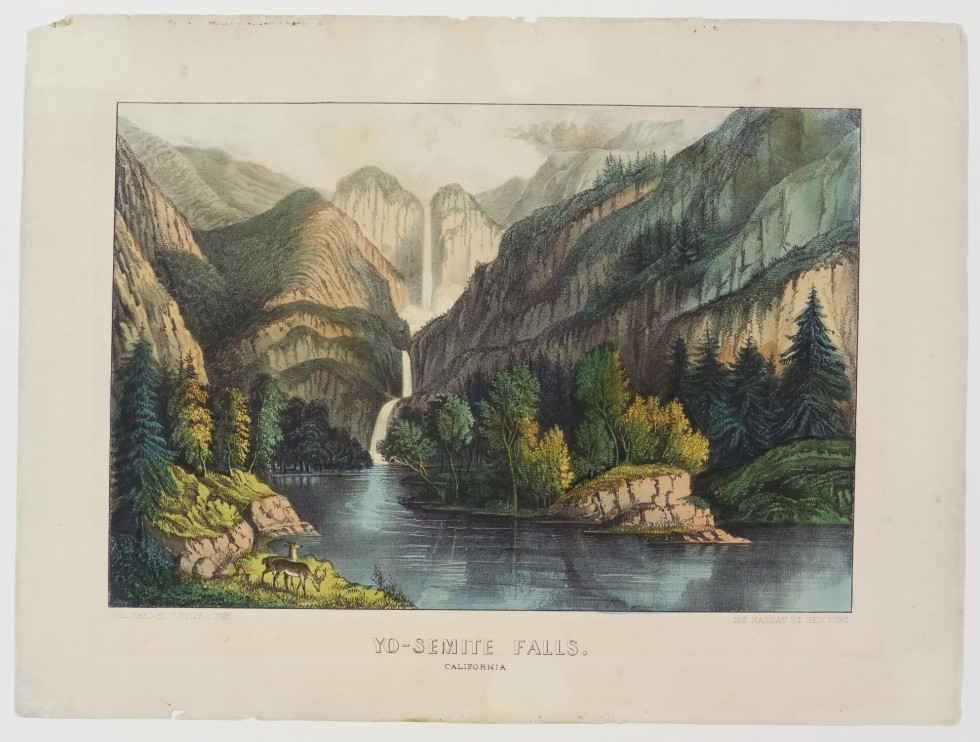 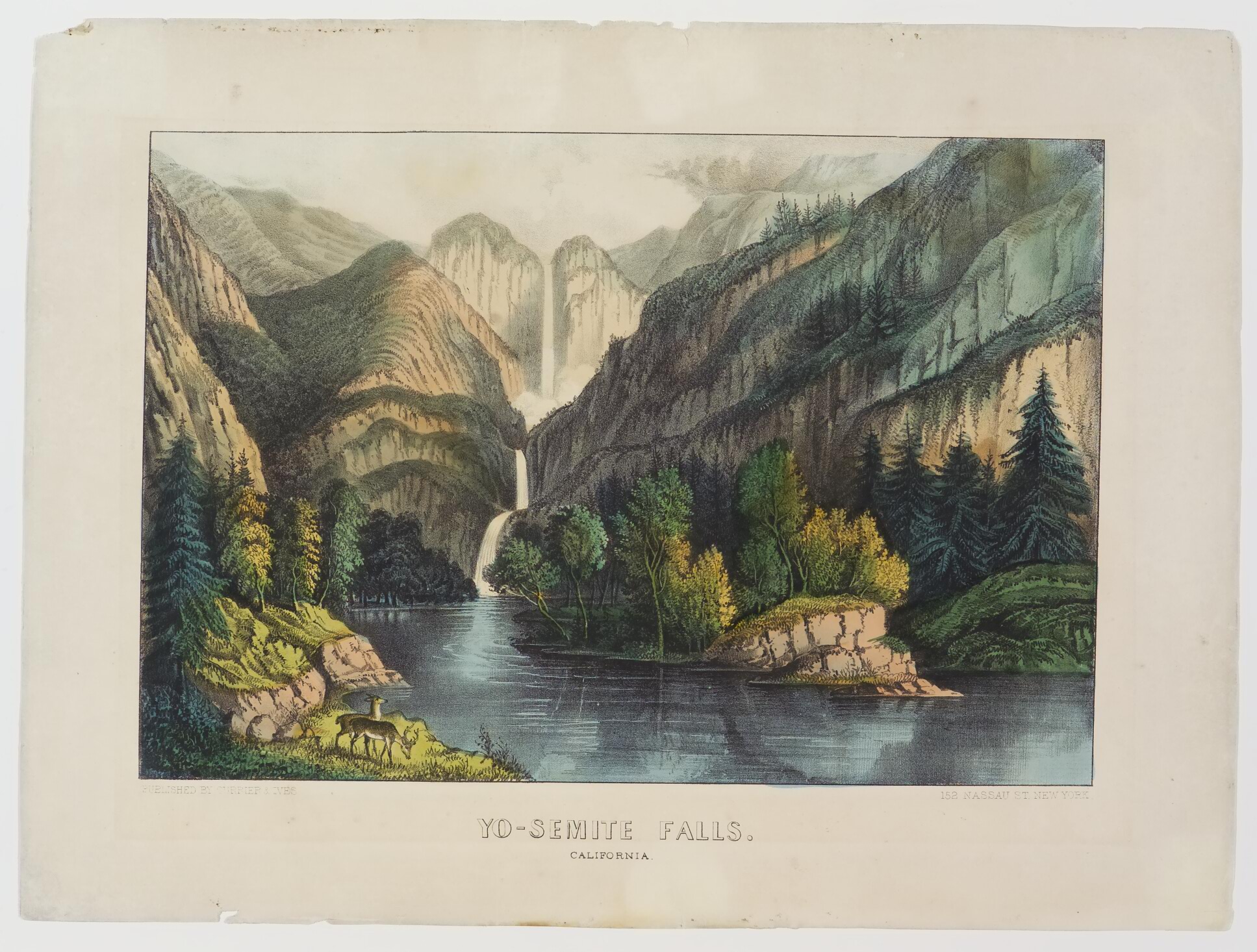 Waterfall at center. Cliffs either side of river down center.r A doe and a buck stand at left on riverbank.

Encouraged by gold prospectors traveling to California in 1849, the first party of tourists arrived at Yosemite in 1855. Abraham Lincoln, supported by influential Californians, signed the Yosemite Grant in 1864, setting aside Yosemite Valley as a state supervised public reserve. In 1890, Robert Underwood Johnson, the editor of Century Magazine and John Muir, explorer and conservationist, lobbied Congress to set aside the high country and watershed for Yosemite Valley as a national park, thus stopping grazing and timber production on the land. Currier & Ives present Yosemite in all its splendor, focusing on a flowing waterfall cascading down a mountain. It was scenes such as this that encouraged the idea of Manifest Destiny and inspired Easterners to travel west to view the beauty of their country. 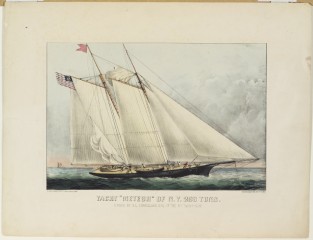 Ship sailing to right in image. One lifeboat on deck. Eight men on deck at wheel or hoisting sails. 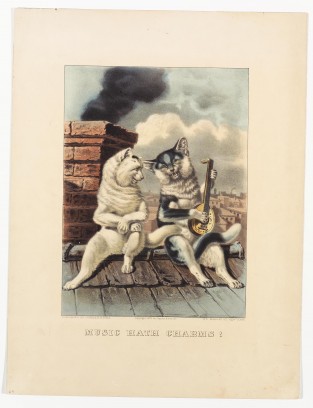