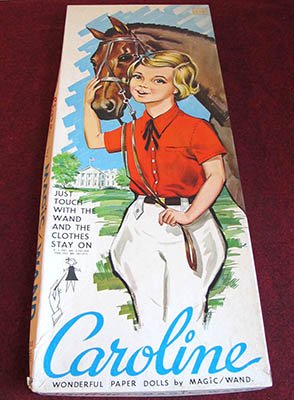 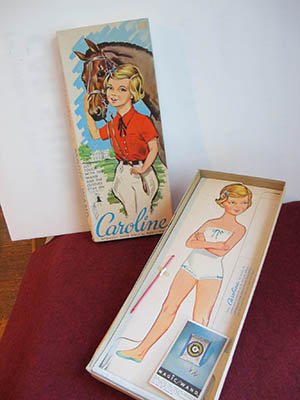 According to Kovels, the go-to source for antique and collectible information, the first American paper dolls were published in 1854 by Crosby, Nichols, and Company of Boston, MA.  This boxed paper doll set depicting First Daughter Caroline Kennedy was made in Charlestown, MA, the oldest neighborhood in Boston and known for its strong Irish-American roots. It was later proposed as one of the sites for the Kennedy Library.  Collecting paper dolls is a popular hobby, with numerous organizations devoted to the interest.  Paper dolls are more collectible if still in their original box and “uncut.” Included on this original box is a charming illustration of young Caroline, complete with her pony Macaroni and the White House in the distance.