by Guy McLain, Director of the Lyman & Merrie Wood Museum of Springfield History

For two weeks, beginning in mid-March, 1936, snowmelt and heavy rain inundated the Connecticut River Valley, causing the worst floods in regional history. The winter of 1935–36 had been especially hard, with large snowfalls and extended periods of cold weather. The frozen river produced iceberg-like blocks of ice as large as automobiles. When melting began these blocks of ice produced incredible damage. Then heavy rains hit the region. The combination of rain, rapidly melting snow, and large blocks of ice delivered a triple blow that led to deadly flood conditions.

On March 13th, the river reached 12 feet above flood stage. By March 15th and 16th, before it was a threat to communities, the flooding became a tourist attraction as the curious from around the region came to view the rising river up close. There were even reports of traffic jams near bridges as people flocked to see the rising waters. No more than 48 hours later all too many people were able to see the flood without leaving their homes. On March 17th gigantic chunks of ice began ramming and crushing against the Vernon Dam in Vermont. Near Holyoke, where the river bend narrows under Mt. Tom, an ice dam 15 feet high formed. When it broke, the roar of water could be heard for miles. 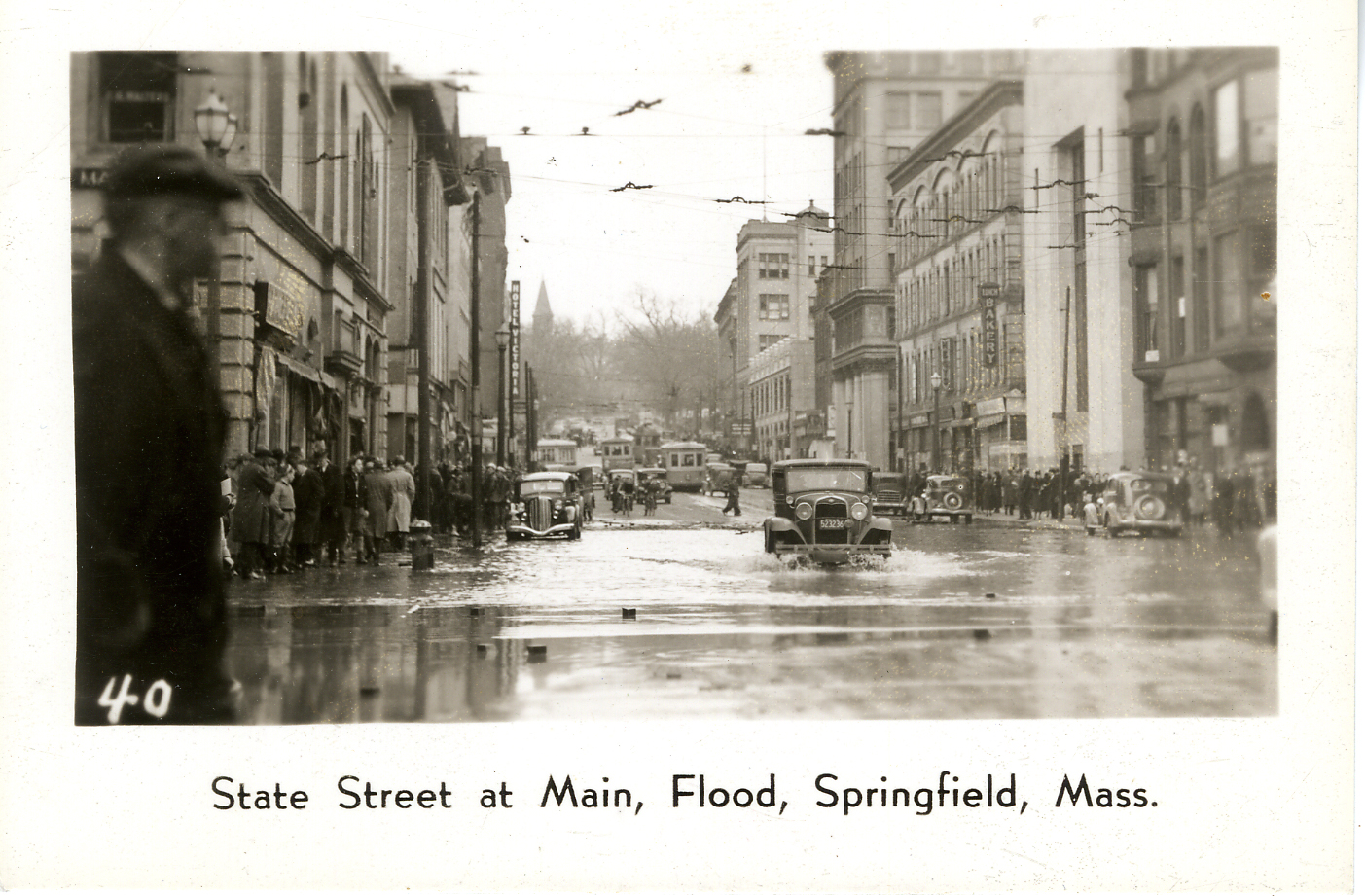 On March 18th, the waters broke through a dike protecting West Springfield. Across the river, in Springfield, police were forced to evacuate the residential sections of both the North and the South Ends during the night. By dawn on the 19th, some 15,000 residents of the City were homeless, and 18 miles of city streets were under water.

Soon the National Guard was called in as bridges gave way, cutting off many towns. Flood waters inundated Hadley, Hatfield, Northampton, Holyoke, South Hadley Falls, West Springfield, and Springfield. A total of 50,000 people were forced from their homes. When the power went out, looting began and National Guard soldiers were ordered to “shoot on sight.” But the job of patrolling the streets wasn’t easy. Police and soldiers were forced to use boats to patrol the cities.

Although the waters of the river began to subside by March 20th, the region faced the possibility of an epidemic from unsanitary conditions. Doctors vaccinated people for typhoid fever at shelters throughout Springfield. When the water levels finally subsided, towns throughout the valley resembled a war zone. The river had deposited up to three feet of mud inside houses and buildings, and many streets and sidewalks were destroyed. Adjusted for inflation, New England suffered more than three billion dollars in damages, and the Connecticut River Valley experienced the largest share of the destruction. 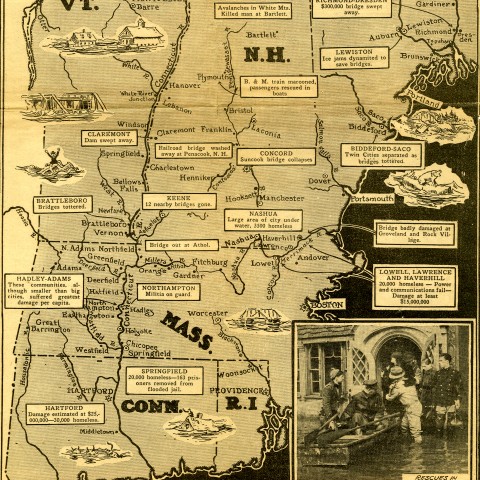