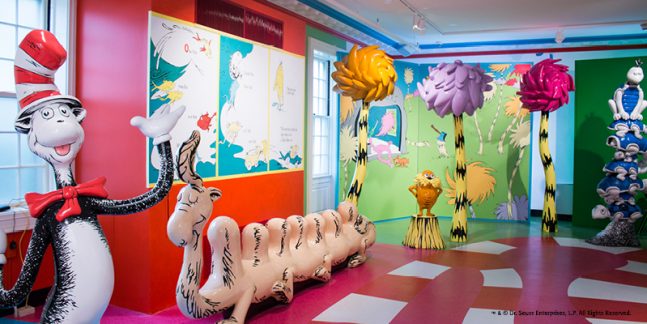 Upon entering “Readingville,” the focus shifts to a celebration of Dr. Seuss’s best-loved stories, as well as rhyming, alphabet, and story games with a focus on honing reading skills.