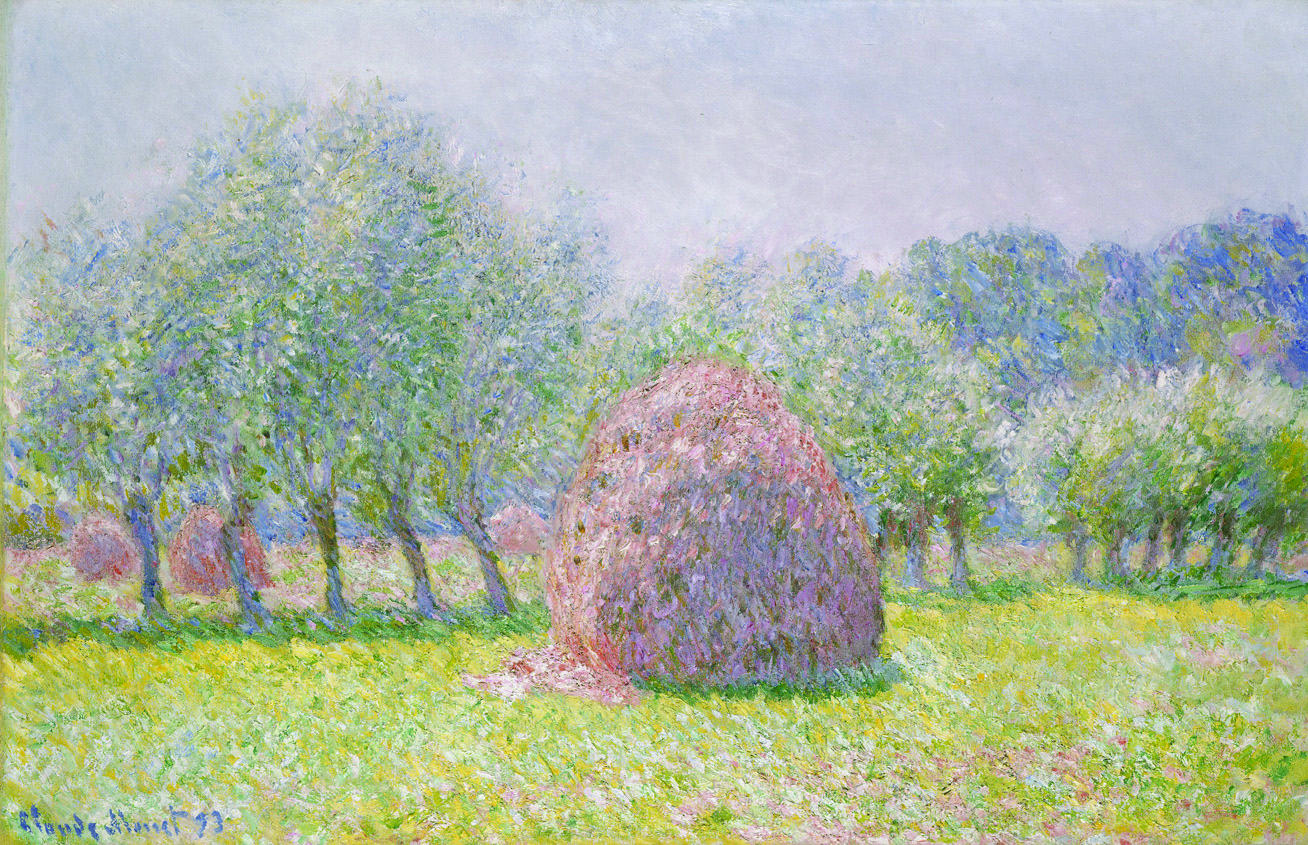 The Carol and Noel Leary Gallery of Impressionist Art

One of the D’Amour Museum of Fine Arts’ most popular galleries, the French Impressionist Gallery, displays masterpieces from the most renowned artists working in France from 1870 to 1900. The name of this art movement originated from a painting created by Claude Monet in 1872 called Impression: Sunrise. The painting was created with dots or strokes of paint and was very different from previous styles of painting. A number of artists were inspired to work in this method, often choosing to use bright, light colors in their masterpieces rather than the somber colors advocated by the French Academy. Art critics were skeptical of the new movement and did not initially embrace it. Now the style is celebrated by art historians as well as museum visitors.

The centerpiece of the gallery, Grainstack by Claude Monet, is joined by Rehearsal Before the Ballet by H.G. Edgar Degas, Seascape at Brittany by Paul Gauguin, Portrait of Gabrielle in Red by Auguste Renoir, and two paintings by Camille Jacob Pissarro: Factory Near Pontoise and Portrait of Eugene Murer. Neo-impressionist or pointillist works are also represented in the gallery by Maximilien Luce’s canvases of La Seine and Quay at Camaret-Finistere and Anna Boch by Belgian painter Theo van Rysselberghe.