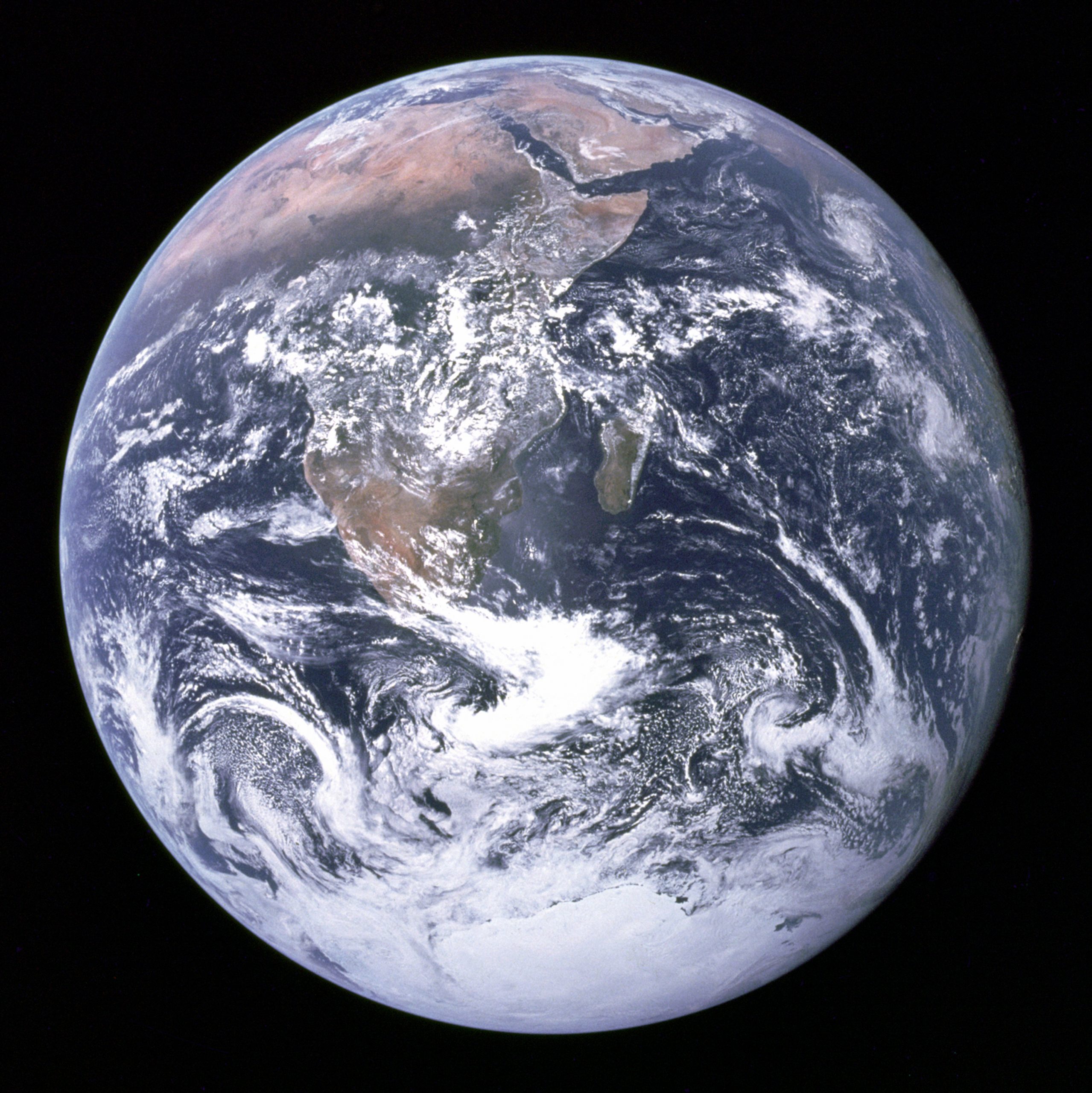 An Introduction to Earth System Science

Imagine seeing the Earth from space for the first time. This was truly an awe inspiring moment for the first astronauts. They saw Earth as a blue sphere, swirling with white clouds and patches of green and brown land forms, set against the black vastness of space and time in an endless sea of stars. This awe-inspiring sight—shared through photography—continues to fill us with wonder as we contemplate the complexity of our ocean planet, which is teeming with life. This was a moment that changed our perspectives and inspired us to think about the Earth in new ways. It was clear that the Earth is an isolated and fragile system.

As those first astronauts traveled homeward they first entered the outer boundary layer of the Earth system known as the atmosphere, which itself is coupled to the near-Earth space environment and is part of a larger Earth-space system. Other parts of the Earth system include the hydrosphere, lithosphere, biosphere, and the anthroposphere. All five of these subsystems interact and change through space and time. The concept of studying the complex nature of Earth as a system with many components helps us to understand how materials and energy move and change over time (Skinner Murck 11).

For our purposes the Sun is outside of the Earth system. The Sun is the major driving force for life and the Earth cycles of our planet as it transmits energy in the form of solar short-wavelength radiation to the Earth. The Earth’s crust and the minerals it contains are essential for maintaining the processes needed to sustain life. Photosynthesis removes carbon dioxide and adds oxygen to the atmosphere which maintains the Earth’s current climate (Skinner Murck 323). All of the water and minerals contained on the Earth must be continually recycled and reused. There are very little inputs of water and minerals from space.   In Earth system science Earth is essentially a closed system where energy and matter move from one place to another through the various connected parts which are open systems (Skinner Murck 14). 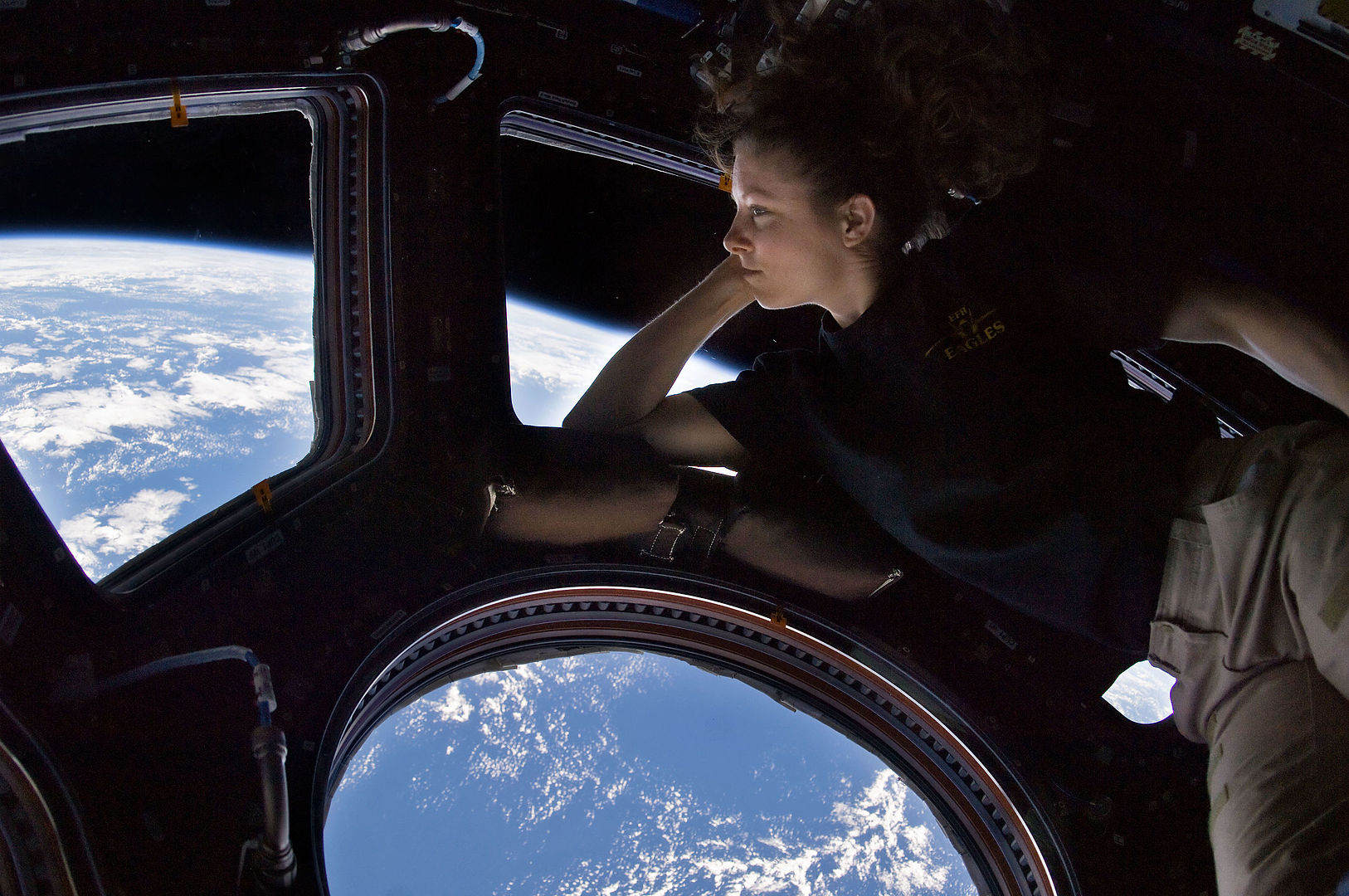 Energy, however, is not recycled and must be replaced. The Sun deposits a huge amount of energy into the Earth system; a great deal of it is lost again to space in the form of long-wave infrared radiation. The deposited energy, together with a small amount of the Earth’s own geothermal energy (a combination of heat from radioactive decay and heat left over from the Earth’s formation), is distributed and stored among four of the major subsystems—the atmosphere, hydrosphere, lithosphere, and biosphere, which act as reservoirs of energy. These reservoirs help regulate and stabilize the Earth system. Scientists use an “energy budget” to keep track of balances and imbalances in the flow of energy into and out of the Earth system.

The planet Earth is the only place we know of that can sustain life. There is life living on the planet’s surface and under the vast oceans. This thin life zone is where most of the interactions of the four reservoirs of energy take place. Life also shapes and changes the planet through its biological processes, which include photosynthesis and respiration.

Studying the Earth in this holistic way is called Earth System Science. With advancements in technology and our ability to observe, measure, capture, and analyze data comes a better understanding of how the Earth functions as a single system. Earth system science helps us to understand the complex nature of our planet as one system with many interconnected parts. Join the Springfield Museums as we celebrate Earth Day 2021 through a better understanding of our Earth.

EARTH DAY FESTIVAL 2020: We Must Take Care of our Home!