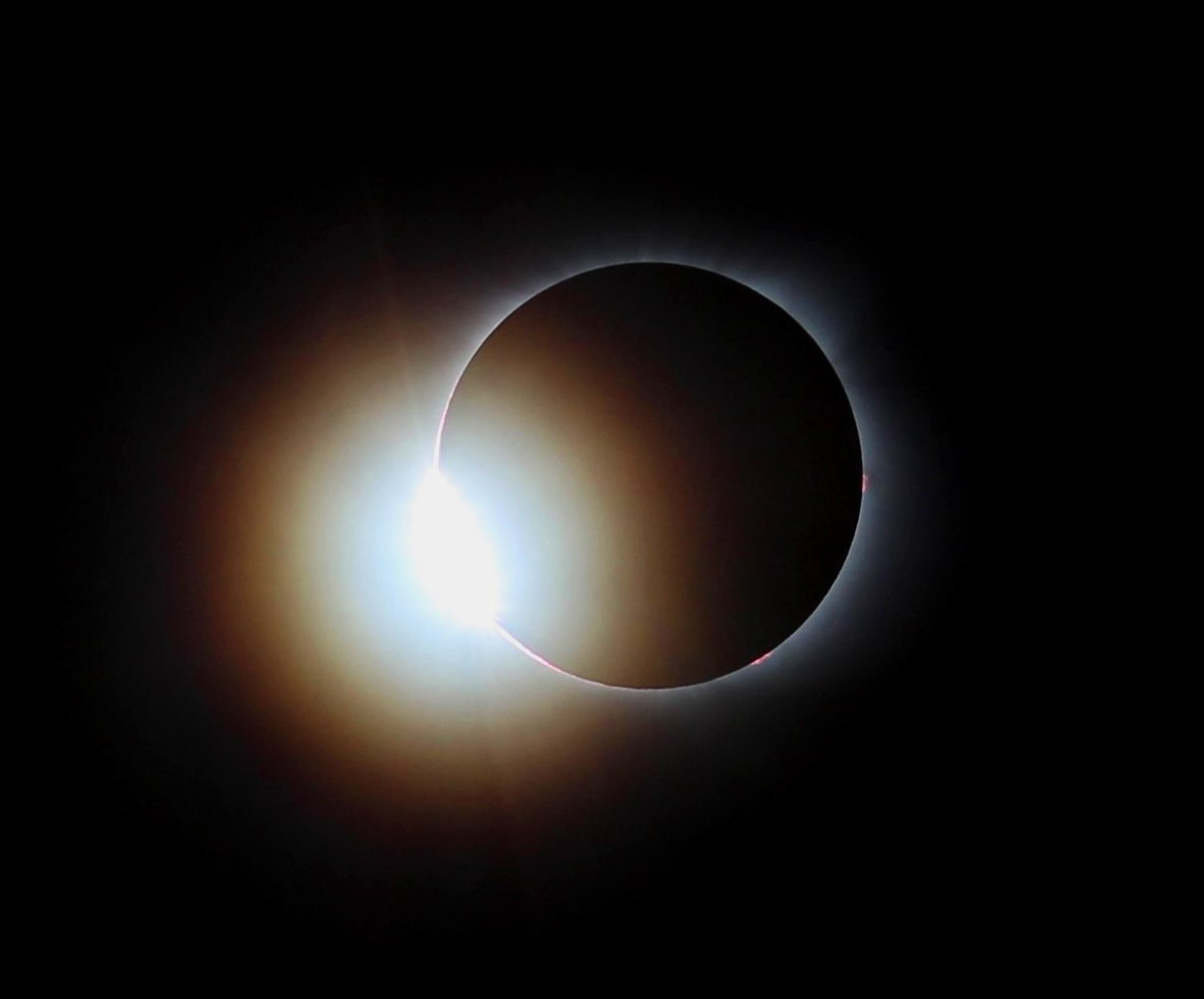 Something quite remarkable happened recently.  For a handful of hours on August 21, tens of millions of people across the United States forgot about the worries of everyday life and instead, focused their attention on a sublime spectacle in the sky.

On that day, the moon passed between the sun and earth.  Its 70-mile-wide shadow raced across the United States and plunged millions of onlookers into an otherworldly darkness for two and a half minutes.  The rest of the country witnessed a partial solar eclipse.  Adding to the excitement was the knowledge that the moon’s dark shadow hadn’t touched the continental United States since Jimmy Carter was in the Oval Office.

Although most people became aware of the “Great American Eclipse” during the weeks and months leading up to it, many eclipse enthusiasts had anticipated it for decades, thanks to the ability of astronomers to predict these events far in advance.

Two years ago, a popular astronomy author from Long Island named Philip Harrington suggested to me that Tennessee, located along the path of totality, might be a good destination for August’s big event.  Phil and I had shared a trio of eclipse adventures over the years and we chose Clarksville, about 40 miles northwest of Nashville, to be the site of our fourth.

I was anxious to share the excitement of a total solar eclipse with my family, especially my young children.  For them, this was a rare opportunity that might change the course of their lives, as a total eclipse did for me long ago. 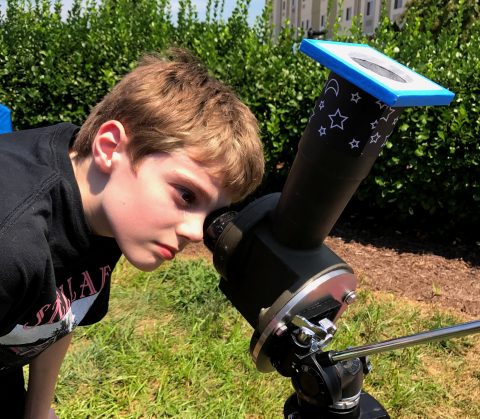 Local people at our site included Science Museum planetarium educator Jack Megas and Springfield Stars Club members Don and Joy Goulette and their daughters.  Other club members had chosen different spots along the path of the eclipse, while some who remained in Massachusetts eagerly assisted planetarium staff during a partial eclipse event held at the Springfield Museums.

During the days leading up to the eclipse, weather forecasts for Tennessee had ranged from thunderstorms to mostly sunny.  Anxiety turned into jubilation when Eclipse Day dawned clear.  Our Springfield contingent, together with Phil Harrington and his family, joined about 50 other people at a grassy area near the hotel parking lot.  Each of us claimed a spot and soon, tripod-mounted cameras and telescopes sprang up everywhere.  For hours, people tinkered with their equipment to make sure that everything was ready.

Around noontime, I noticed a flattening on the edge of the sun and shouted, “First contact!”  The partial phase of the eclipse had begun!  For 88 minutes, we would watch the moon gradually nibble away at the sun, transforming that blazing ball into a strange-looking crescent.

About ten minutes before totality, with the sun reduced to a thin crescent, our world began to change.  The daylight had dimmed and colors grew richer, as if we were gazing through polarizing sunglasses.  Shadows looked strange and the breeze was now cooler.  We double-checked our cameras for the umpteenth time and waited.

At 1:25, Phil Harrington called out, “Thirty seconds!”  My heart thumped as shouts of, “Look at that, look at the sky!” rang in my ears.   My son pointed at the planet Venus, which had emerged from invisibility in the darkening sky and now appeared as a sparkling point of light.  The stars were coming out!

“Twenty seconds!”  I turned to my children and breathlessly shouted, “Glasses off….Take your glasses off!”  The totally eclipsed sun is about as bright as a full moon and eclipse glasses were no longer needed.

The charcoal black silhouette of the moon loomed large in front of the sun and was only moments away from totally covering it.  The sun’s thin atmosphere, known as the corona and visible only during a total eclipse, blossomed around the moon’s orb.  Tiny crimson flames called prominences could be seen erupting into space from around the perimeter of the sun.

For a few seconds, we were dazzled by one last pinpoint of sunlight that beamed through a deep valley on the moon’s limb, creating what astronomers call the “diamond ring.”  It was breathtaking!

Amid the cacophony of “ooohs” and “aaahs” from the adult eclipse-watchers, I could hear the excited voices of my children exclaiming, “Wow, wow, wow, I see it…..that’s amazing, Daddy!”  The diamond ring quickly vanished and the fully eclipsed sun now hung in the dusky sky.

I learned after my first total eclipse in 1973 that photographs fail to fully capture the visual beauty of the solar corona, which varies in shape from eclipse to eclipse.  As it glowed in the sky over Tennessee, I noticed that the corona had a translucent quality similar to lightly frosted glass, with a slight greenish-blue tint and a wealth of fine detail.  Three long, fuzzy streamers radiated in different directions.

Suddenly, a jet aircraft raced across the sky just above the eclipsed sun, to be followed seconds later by another.  These were Cold War-era jets that NASA had retrofitted with telescopic cameras to study the sun’s corona and try to solve the mystery of its soaring temperature.  After taking off from an airport near Johnson Space Center in Houston, they had flown into the path of totality and were now racing the moon’s shadow at 50,000 feet over Tennessee.

“Twenty seconds!”  The period of darkness was almost over.  A blazing pinpoint of light burst from behind the black moon and we saw a second gorgeous diamond ring display.  The corona vanished in an explosion of sunlight and totality was over.   The sun was again in partial eclipse as the moon’s shadow, now beyond us, raced toward the eastern seaboard.  The Great American Eclipse had passed into history, but an encore will take place during the spring of 2024.

Reflecting on the total eclipse that captivated America, I can truthfully say that the most emotional moment for me was not my own glimpses of this rare and beautiful phenomenon, but the euphoric voice of one of my children shouting, “Thank you, Daddy!” as totality ended.  I’ll carry those three words with me forever!

You can call me Dr. T