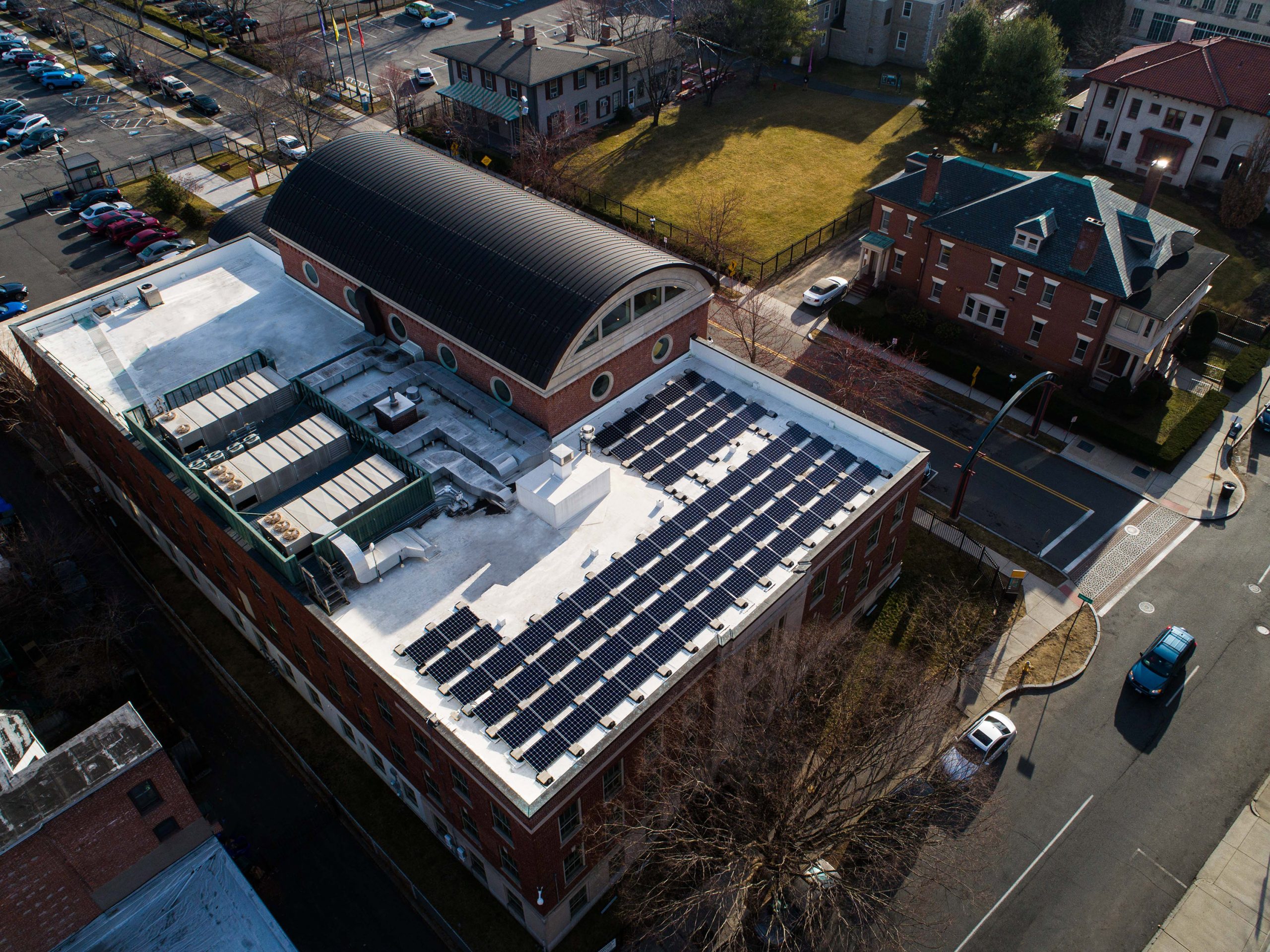 This is a great marriage for us—nonprofits plus solar power. We feel we are actually making a difference in combating climate change. —Morey Phippen and Brian Adams, residents of Northampton and founders of Phippenadams Solar

From now on the Wood Museum of Springfield History will be generating some of its own electrical power thanks to a Northampton couple who refuse to give in to climate change.

“Sometimes we are in despair about climate change,” said Morey Phippen, who worked for decades in reproductive health before retirement. “But this project has given us heart—we are doing something!”

What Phippen and her husband Brian Adams are doing is purchasing and installing solar panels for nonprofits, asking those nonprofits to pay much-reduced electric bills via Phippenadams Solar for six years (using that money to invest in more solar panels for more nonprofits), and then giving the panels to the nonprofit for keeps.

“Morey and Brian were offering us a way to go solar,” said Bernie Spirito, Chief Financial Officer for the Springfield Museums. “Being able to install the panels without the upfront costs made is possible for us to do this important project.”

Adams, who is a retired Professor of Environmental Science from Greenfield Community College, explained: “When both our sets of parents died, we were left with a large inheritance, more than enough to support us and create nest eggs for our children. We wanted to do something with the rest of the money that would have a positive impact on the world.” So they came up with an idea that supported two passions—nonprofits and solar energy. By helping nonprofits access solar energy, Adams said, the nonprofit would be able to invest more money in their mission (instead of energy costs) and help the environment by using renewable energy.

“This is a great marriage for us—nonprofits plus solar power,” Phippen said. “We feel we are actually making a difference in combating climate change.”

The Springfield Museums will be the twenty-ninth nonprofit aided by Phippenadams Solar. Most of the connections with the nonprofits chosen have been forged through word of mouth. “One of our staff members heard that the Connecticut River Conservancy received free solar panels and then she learned Morey and Brian’s story—how they wanted to pay their inheritance forward. She got their contact information for me and the rest is history,” said Spirito.

“We were particularly excited to help the Springfield Museums,” Phippen said. “We visited often with our children as they were growing up—they loved the animal dioramas. And we still participate even now that our children are older; my daughter and I just signed up for a Museum School travel program.”

Adams added, “We are particularly impressed that all Springfield residents can visit the Museums for free. That means a lot.”

Phippen and Adams feel rewarded by the connections they are making throughout the Connecticut River Valley. They chose programs that they believe make positive impact on society: youth programs, homeless shelters, community gardens, environmental agencies, and other learning organizations.

Adding the solar panels to the Wood Museum of Springfield History will save the Museums $100,000 over 20 years, Spirito said. “And once our Science Museum has a new roof, Morey and Brian are committed to helping us again.” Renewable energy and sustainability are important goals for the Springfield Museums, especially in the Science Museum.

“The Springfield Museums are striving to be accessible for all,” said Kay Simpson, President and CEO of the Springfield Museums. “And that accessibility includes setting up systems that are sustainable, long-lived, and teach at the same time that they help our museums function.” Solar energy, she said, is a great lesson in innovation, invention, and sustainability. “We are deeply grateful to Morey and Brian for helping us make this important step toward a better understanding of how to help combat climate change.”

Established in 2016, Phippenadams Solar is an LLC (limited liability corporation) whose goal is to install photovoltaics on the solar-suitable buildings of nonprofit organizations whose mission the corporation embraces. Phippenadams Solar installs the solar panels at no cost to the organization and negotiates a six-year purchase power agreement at a much reduced electric rate. Phippenadams receives the green financial incentives offered by Massachusetts as well as federal tax breaks that come with installing solar—which the nonprofit cannot collect because of their tax-except status. After six years, Phippenadams donates the solar system to the nonprofit. In the meantime, the company continues to use the financial incentives and money from the purchased power agreements to install more solar panels on more nonprofits.