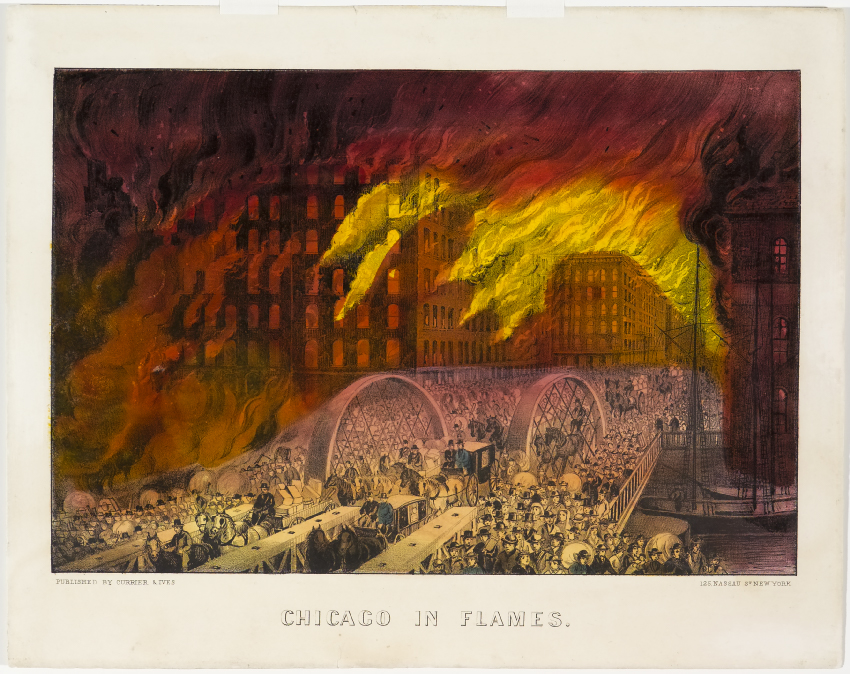 The Great Chicago Fire burned from Sunday, October 8 to early Tuesday morning, October 10, 1871, killing hundreds of people and destroying approximately four square miles in Chicago, Illinois. The fire was one of the largest United States disasters of the 19th century. The traditional account of the fire alleged that it was started by Patrick and Catherine O’Leary’s cow when the animal kicked over a lantern in their barn. Later, the Chicago Republican reporter who created the cow story admitted to having made it up because he thought it would make “colorful copy.” Chicago in Flames was created from a sketch by John R. Chapin that was first printed in the Harper’s Weekly magazine in 1871. The drawing was titled, The Rush for Life Over the Randolph Street Bridge. As news reporters to the public, Currier & Ives documented many disastrous events during the 19th century, providing visual imagery to accompany the news stories of the day. 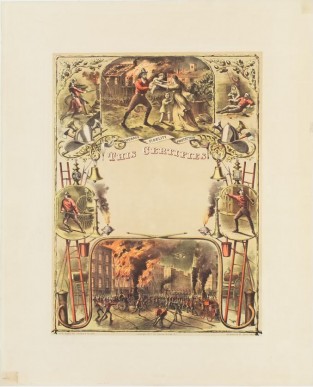 Heroic scenes along border relating to the Fire Department. 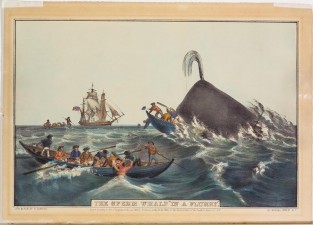 The Sperm Whale in A Flurry, Nathaniel Currier

Whale to right in image. Surrounded at front by two boats full of men (one partially under head of whale).…