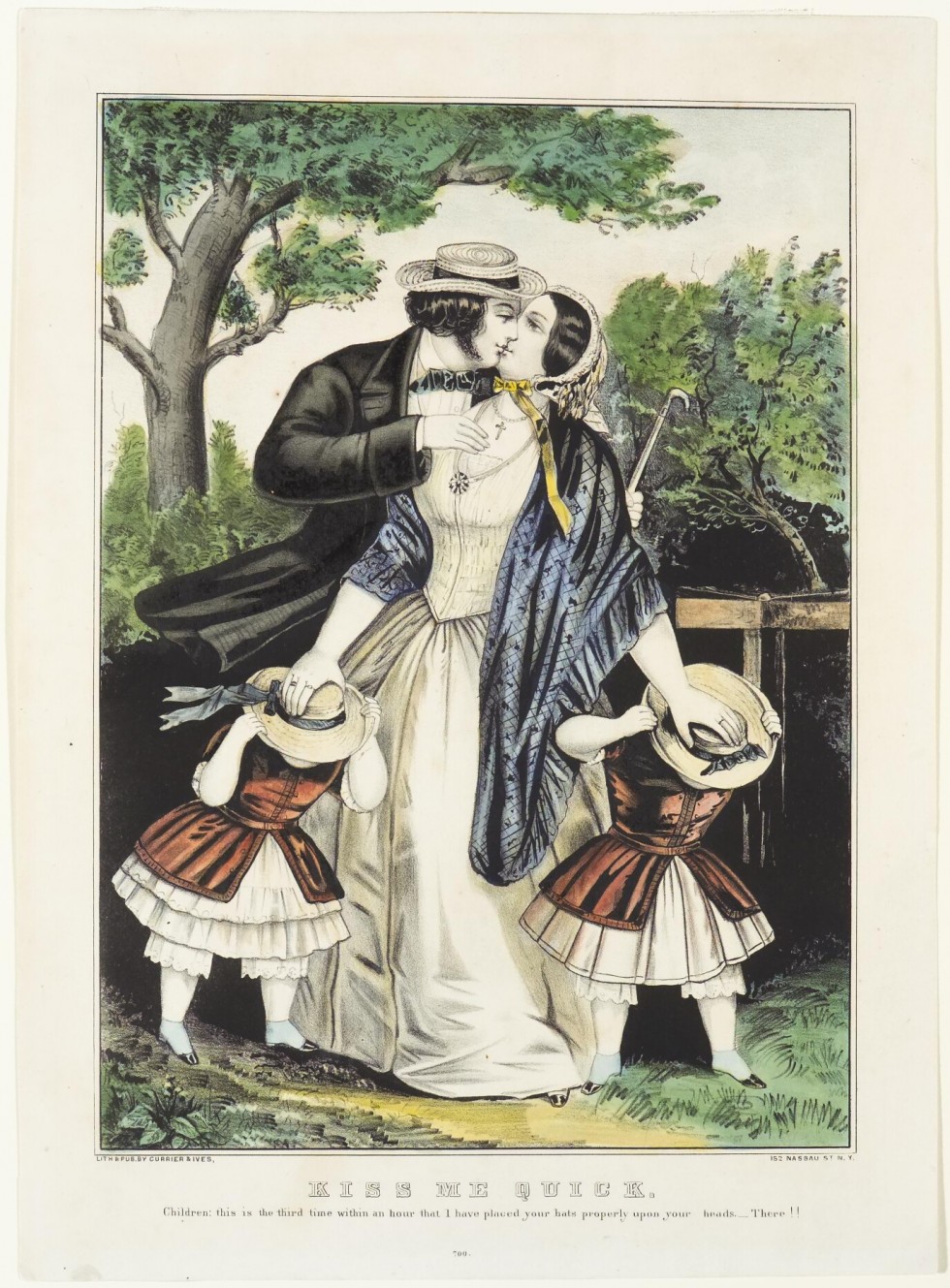 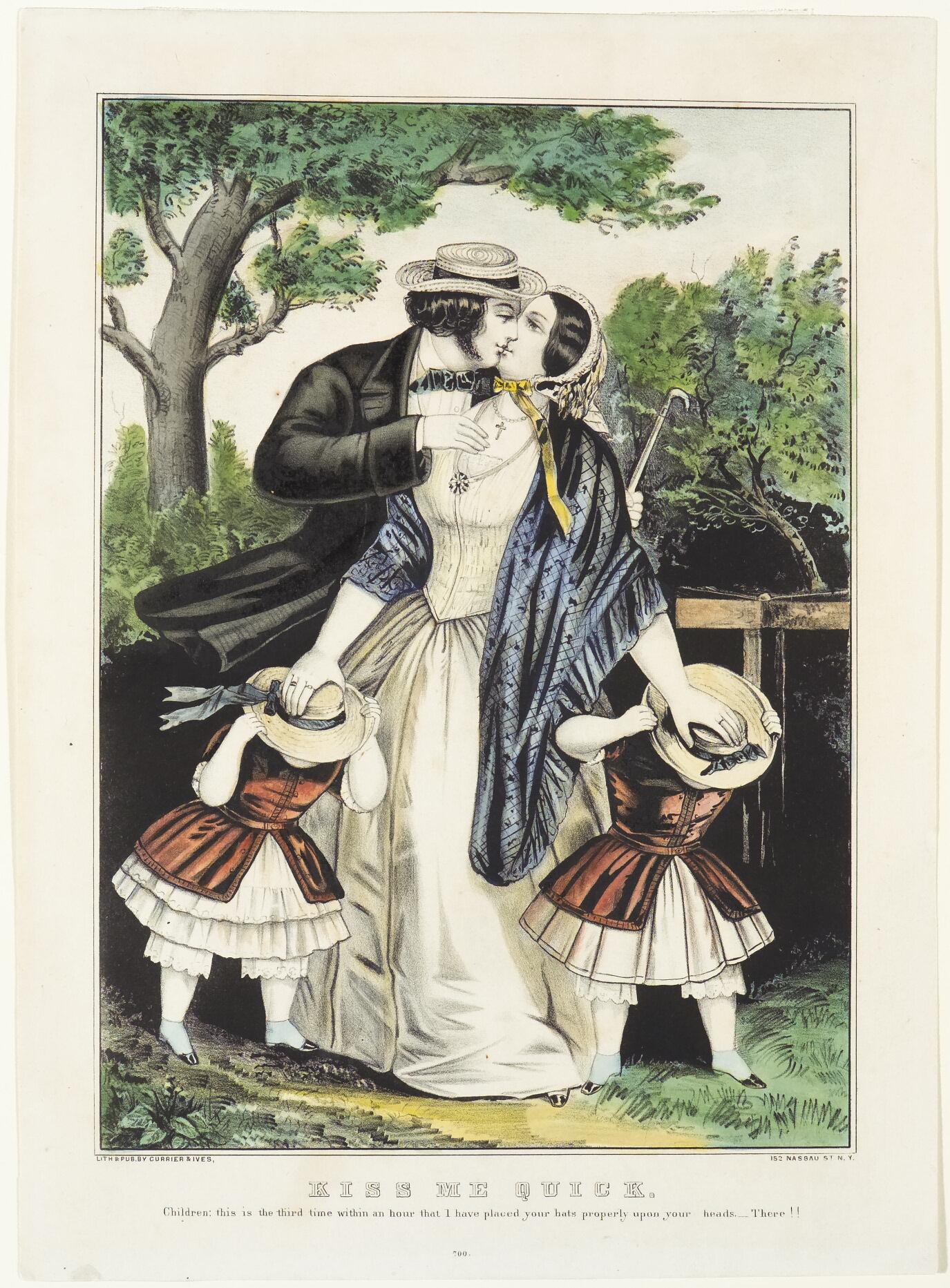 Couple (man to left) kissing with two daughters aside woman’s skirts. Girls dressed in red over dresses and woman holding hats onto their heads.

Early in his career, Nathaniel Currier produced several prints, based on French sources, which featured sensual themes involving women. Currier soon realized, however, that the production of such works was problematic to the firm’s reputation. Later prints, such as Kiss Me Quick, were created to be more playful than sensuous. Here, a man steals a kiss from his sweetheart as they walk with two children. The woman, wearing a cross to symbolize her piety, covers the children’s eyes with their hats. As a result of his behavior, she remarks that she has had to adjust the hats three times in the last hour! 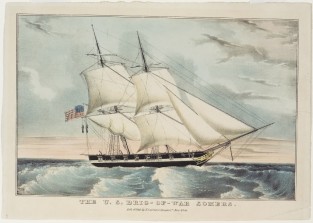 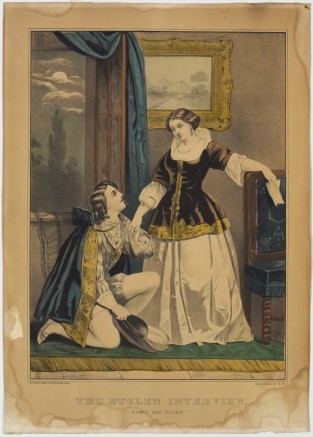 Man at left kneeling beside woman holding her proper right hand in his left. She is holding a letter in… 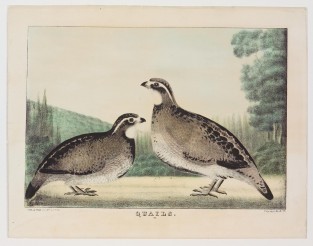