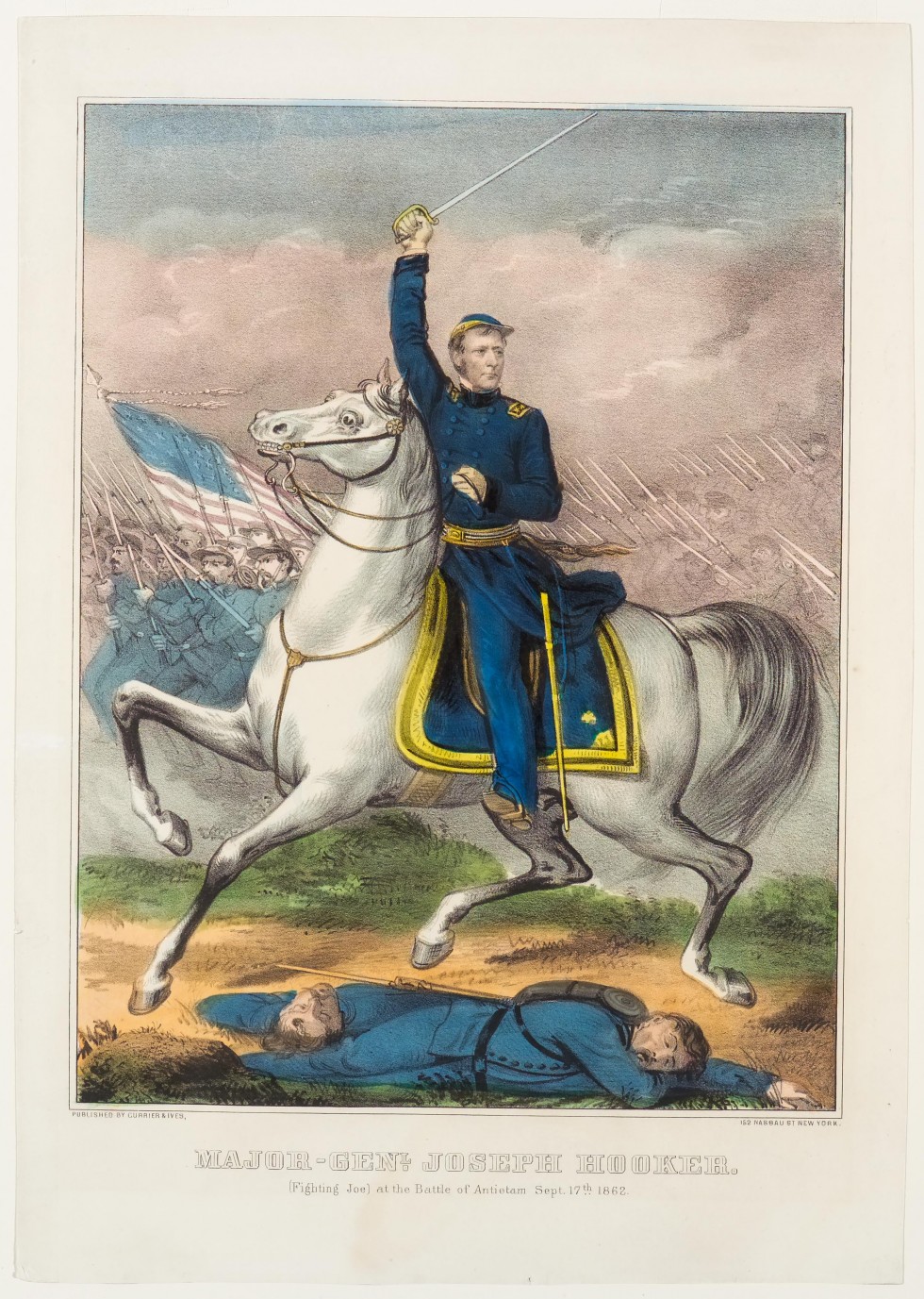 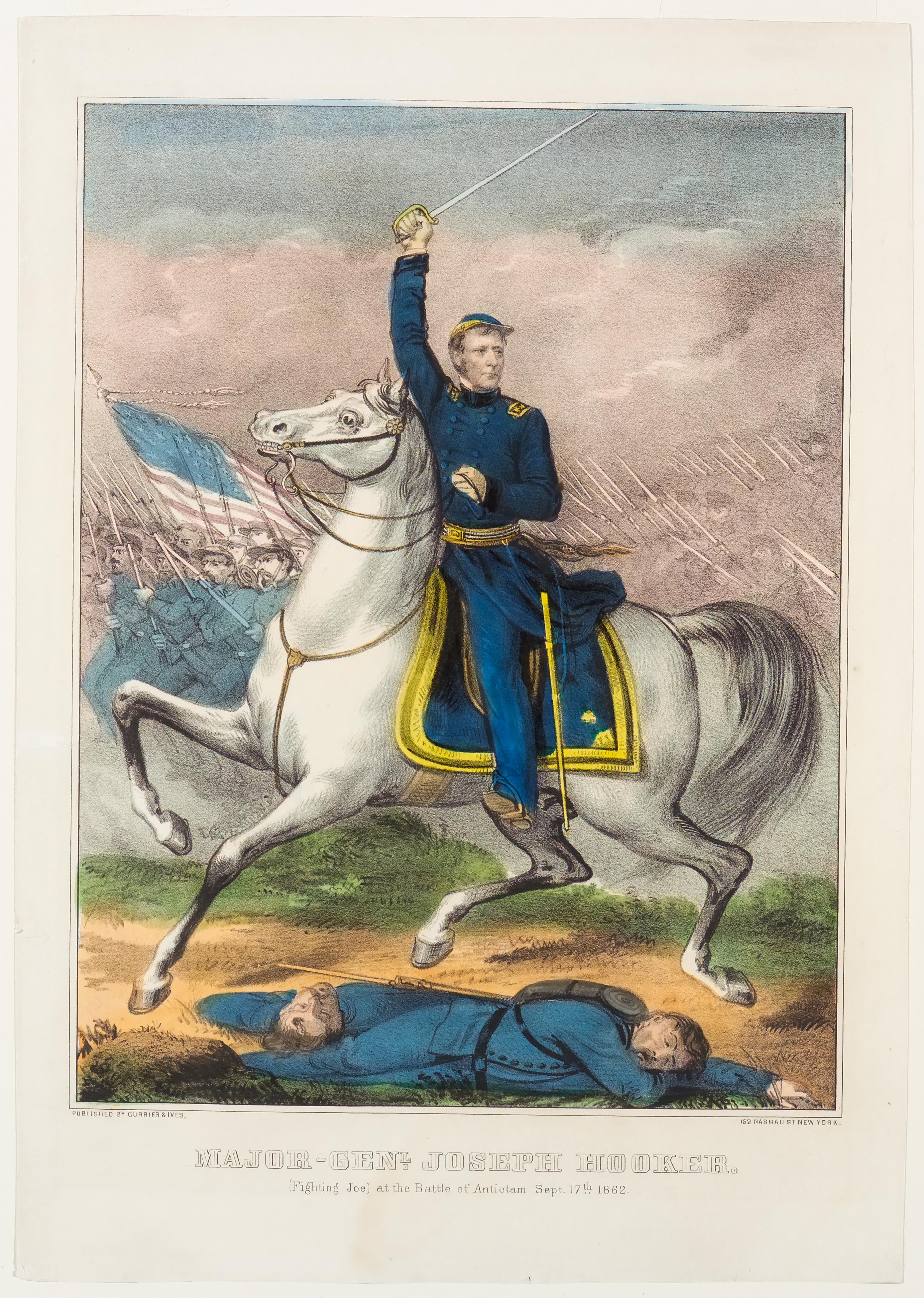 The American general Joseph Hooker was born 20 miles north of Springfield, in Hadley, Massachusetts. He was educated at West Point and quickly rose up the ranks of the U.S. Army. One of the most notable Union commanders during the Civil War, Hooker received the name “Fighting Joe” for his prominence at the battle of Williamsburg on May 5, 1862. Here, Currier & Ives commemorate Hooker’s role in the great battle of the Antietam, a sustained fight with the Confederates in which Hooker was seriously wounded. The fight, which occurred near Sharpsburg, Maryland and Antietam Creek, was the first major battle to occur on Northern soil. It was the bloodiest single-day battle in American history, with nearly 23,000 casualties. The drama of the battle is emphasized by Hooker’s outstretched arm which is echoed by the Union bayonets and waving flag in the background. Though the Battle of Antietam was technically inconclusive it was a strategic Union victory and provided President Abraham Lincoln with the opportunity to announce the Emancipation Proclamation. This image, one of many produced that illustrated the Civil War, provided viewers with a dramatic interpretation of the battles and helped to increase support for the Union troops. 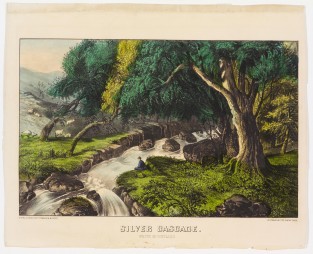 Sheep in left background, seated fishermen to right of brook with cast pole in hand. Silver Cascade. White Mountains is… 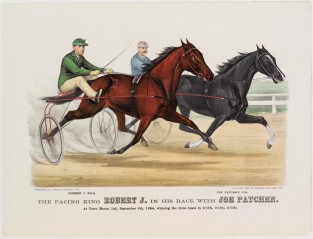 The Pacing King “ROBERT J.” in his race with JOE PATCHEN., Currier & Ives

A brown and a grey horse. 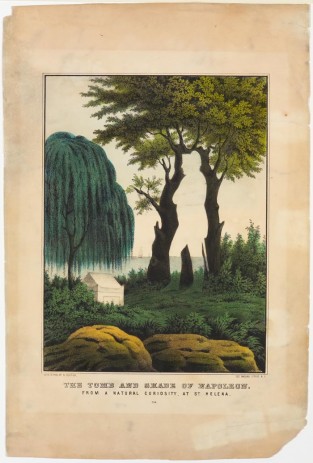 The Tomb And Shade of Napoleon. From A Natural Curiosity At St Helena, Nathaniel Currier

Ocean in background, masted ship at center. Two tall trees to right of center; willow type tree to left of…